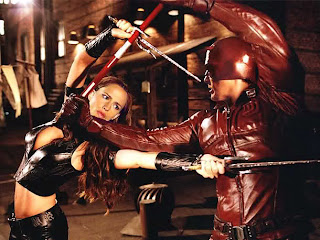 The decision in the long standing dispute over the FT trademark was finally decided by the IPAB last month.  The case was an amalgamation of five related applications. The first application for removal of the FT mark was the main one since it encompassed issues raised in the other applications.
The IPAB ordered the removal of Financial Times Limited’s (FTL) mark from the register as it was not able to prove use from 1948. However it allowed FTL’s rectification application against the mark, ‘Financial Times’ registered by Times Publishing House Ltd. (TPHL).
Our previous posts on the case can be found here and here. For a recap on the facts of the case please see here and here. The entire IPAB judgment can be found here.
This was an application filed by TPHL under the old act i.e. the Trade and Merchandise Marks Act, 1958. S.56 (equivalent provision is S.57 in the new Act) of the Act provides for cancellation of mark on the ground of any contravention or failure to observe the conditions entered on the register. S.56(2) gives to the rectifying authority, a wide area of discretion to check the wrong entries made without sufficient cause or an error or defect in the entry. The High Court was the rectifying authority earlier, under the new Act it is the IPAB.
The two main issues were use of the mark in India and applicability of the Press and Registration of Books Act, 1867.
ISSUES
I. Descriptive and Use of Mark in India
TPHL’s contentions

Held
The court accepted FTL’s evidence of a subscribers list, proof of ‘A Financial Times Conference” organised in 1981 and the syndicated agreement with TPHL.  On the basis of this evidence it held that FTL had proved trans-border reputation and its intention to enter India. It held that the mark had become distinctive of FTL. Quality was more important than quantity, the newspaper was meant for a specific target audience. Therefore the minimal number of newspapers sent to India was not an issue.
However, it was held that there was no evidence to suggest use from 1948. TPHL’s application was removal of the mark was therefore allowed.
II. Press and Registration of Books Act, 1867 (PRB)
TPHL’s contentions
FTL has not complied with the provisions of the PRB which regulates the publication of a newspaper in India and therefore is not entitled to have the mark registered.
FTL’s contentions
The Act was not applicable in this case. The PRB Act applies only to newspapers printed and published in India and circulation is not the same as printing and publication. The Act does not cover circulation of newspapers.
Held
The PRB Act does not apply in the present case. S.6 of the PRB bars adoption of a title similar to an existing title and to that extent the PRB is applicable. When FTL applied for this mark, there was no other newspaper being published under the same title so there is no violation of the PRB Act. FTL only circulates their paper in India, once they start printing or publishing their paper they will have to comply with the law.
The Trade Mark Registrar would transgress his jurisdiction if he embarks on an examination as to whether every newspaper owner who seeks registration of his mark has complied with the provisions of the PRB Act.
Second Application
On the second application, for rectification filed by FTL against their mark, ‘Financial Times’ registered by TPHL, the IPAB ordered removal of the mark from the register. It held that since TPHL and FTL were in the same business TPHL would have been aware of the existence of FTL and its circulation in India. TPHL was not able to prove distinctive use of the mark, the circulation figures cannot be accepted as evidence in furtherance of distinctive use since TPHL’s Financial Times was circulated as a complimentary copy with Economic Times, and therefore their version of the Financial Times had not established any reputation on its own.
Conclusion
It’s 1-1 to both parties after this case, with both of them having applications decided in favour and against them. It remains to be seen whether this will be the last of the battle or if another appeal awaits…