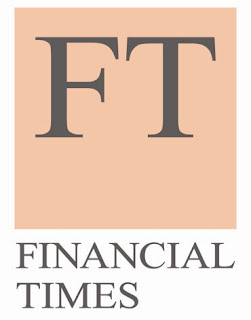 The recent decision of the IPAB over the FT trademark, which Shan had analyzed about over here, is probably one of the most important judgements in the recent past. The distinction drawn by the IPAB between ‘use’ and ‘reputation’ will probably have an effect on several similar cases pending before different forums.
Arun Mohan, an IP lawyer practising before the Madras High Court has sent us this guest post providing a different perspective on the matter.
I also invite other practitioners to send us their views on this interesting judgement.
Reputation without use
By,
Arun C. Mohan
A recent order of the IPAB in rectification petitions for the mark “Financial Times” has thrown forth several interesting propositions. The dispute is between the Financial Times UK(FTUK), which runs the well known publication Financial Times globally, and Times Publishing House Ltd which runs the well known Indian publication Economic Times within which it also runs a supplement called Financial Times. FTUK claims user from the 1948, and Times claims user from the 1980s. Given them being in the same market with considerable success, a dispute was but inevitable. There are also injunction proceedings pending before the Courts. The injunction proceedings however, are not relied nor referred in the conclusions of the IPAB.
There were cross-rectifications which are as follows:
1. Times filed rectifications against FTUK’s registration of the marks “Financial Times” and “FT” in classes 9 and 16.
2. FTUK filed rectification against Time’s registration of “Financial Times” under class 16.
The order at its outset clarifies that it is decided under the 1958 Act. The Order opens with an interpretation of the Hon’ble Madras High Court’s order in the Rhizome matter. FTUK had raised an objection that Time’s rectification cannot be entertained as it was under secs 9&11 of the Act, which runs contra to the Rhizome order. The Board found that given the wide statutory discretion vested in it under secs 46 and 56 of the 1958 Act (comparable to sec 57 of the 1999 Act) it had authority to consider Time’s application inspite of the Rhizome order. However, despite such specific preclusion of sec 9 & 11 of the Act, and its conspicuous absence in recent IPAB orders, it must be admitted that the spirit, purpose and language of the sections prevail across all recent IPAB orders including the present one.
Subsequently, the Board in deciding FTUKs registrations for the mark “Financial Times” observed that FTUK has proved its trans-border reputation, intention to enter India and that the mark “Financial Times” has become distinctive of FTUK. The Order then detracts to say there is a ‘hitch’. It finds that FTUK claims user since 1948, and was in fact referred to in various articles in the Indian Express in 1948. However, it finds that such ‘mention’ is not ‘use’ and only shows ‘reputation’. It then goes on to find that a mention of a 1981 conference titled “Financial Times Conference” tantamounts to use. The Board concludes that since FTUK cannot prove its exact user date of 1948, the mark stands to be cancelled. This appears to me to be a rather unique distinction between reputation and use. It is possible to have reputation without use? It also creates a rather dicey position for holders of marks of yore. To go back in time of several decades to establish exact user date in the event of a challenge is rather daunting. A probable midway solution could have been to order amendment of the user date rather than cancel the mark itself, when there are such clear cut findings on reputation and distinction. In respect of FTUK’s registration for the mark “FT”, the Board found that since FTUK did not claim use prior to application, there was no reason to cancel the same. This causes us to consider that if the Board accepts the validity of “FT” from its application date, then “Financial Times” must have been “used” atleast since such application date of “FT”, and could have considered directing the registry to amend FTUK’s user detail for the mark “Financial Time”. When there is no finding of fraud, and there seems to be reputation in and around the claimed user date, it appears perplexing why such an old mark stands cancelled on a technicality, more so when it’s concurrent acronym is allowed to stand.
The Board in deciding Time’s registration of “Financial Times” stated that Times was aware of FTUKs existence and had entered into syndication agreements with FTUK for articles from the Financial Times. Further, the Board makes an observation that in businesses such as automobiles and newspapers, one cannot claim to ignorant of a rival’s business. In any event, the circulation and sales figures provided would be applicable only to the Economic Times, and would not support Financial Times. Therefore, it also cancelled Times registration.
The position today therefore, is that no one has registration for the mark “Financial Times”. The Boards findings on FTUK not establishing its user date would again be tested in the Courts, and we will have to wait and see if the Courts arrive at a different conclusion in the injunction proceedings.