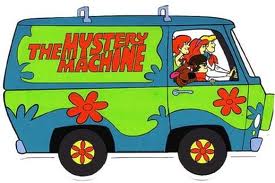 In what is bound to change the terms of negotiations of internet related legislation, 4 of the largest internet companies have come together with other undisclosed companies to form the Internet Association Lobby. The four are Google, Facebook, Amazon and Ebay, led by former (US) Congressional staffer Michael Beckerman.
While the coming together of these 4 super-heavyweights is potentially scenery changing, the only common ground that I can see is net-neutrality and of course the stronger possibility for tax-breaks now.
Net-neutrality, essentially preserving a free and open internet, guarantees a level playing field for all websites and technologies without discrimination to types of content or applications. As I see it, the primary issue with not ensuring net-neutrality is that it removes the first-time-ever completely level playing field that society has access to. You can read more about net-neutrality here.
Given that policy makers have made a habit of misunderstanding technology and society’s interaction with it, it would seem to be a positive step to finally have a strong lobby comprised of the industry members. I’m mostly referring to US policies here, which of course have a direct fallback on the rest of the world. To be fair though, it seems like efforts are being made to educate policy makers with the ins and outs of the internet, sometimes even humorously by making them take part in online popularity contests!
Coming back to the The Internet Association though, there is one major concern that comes to mind and which should be guarded against if possible.
The thought of even just Google and Facebook together immediately takes my mind to privacy concerns. Zuckerberg has shown little regard to customer’s privacy concerns and Google has often come in the spotlight for compiling user data. Throw in Amazon’s store along with it’s ever-growing services section, and the thought of sharing data between companies is bound to come up.
We’ll just have to wait, hope for the best and see how it plays out.