This afternoon, in response to my post announcing a petition relating to the OUP-Delhi University copyright dispute, we were informed that an order had already been passed against Delhi University a few days ago.
WHAT IS THE BASIS FOR THE INJUNCTION AGAINST DELHI UNIVERSITY & RAMESHWARI PHOTOCOPY SHOP?
I have checked the Delhi HC website but the order is still not available. I managed to obtain a copy of the D.U.written statement, and having read it in its entirety, am convinced there is no admission of illegality or guilt. Throughout the 29 page written statement, counsels for D.U. have raised a vigorous defence on several grounds including S.52(1)(a) [for private use and research] and S.52(1)(i) [allowing reproduction by a teacher/pupil in the course of instruction] besides making several other very compelling arguments. Delhi University’s written statement is available here.
It appears that the court has entirely relied on one single inadvertent/ambiguous statement in the written statement to arrive at its decision:

“It is submitted that whatsoever has been done if at all were so done,  were all done by the Delhi University only under the impression that they are permissible acts and are done bonafidely in order to serve the goal for which [Delhi University] was formed in order to impart education and give access to the books which are costlier and not available to the students.


However, as already pointed out, this particular statement seems to have been taken out of context. DU’s argument really (as per the averments in the written statement) seems  to be that IF the court finds any act of infringement, then they would not continue to do it. However, what is imperative is that the Court must first find the acts to be infringement.

As pointed out by Saurabh Seth, counsel for Rameshwari Photocopy Services:

“a bare reading of the said para would reveal that DU was taking a defence of ‘good faith’ as provided in Section 76 of the Copyright Act to say that if the court finds any infringement, we were not doing it deliberately, and would immediately desist from doing the same “
This is certainly not an admission, purely on the basis of which an injunction can be passed. Thus, the order seems to have been passed without taking into account any of the fair dealing defences available to the defendants. More importantly, relying entirely on this one statement would effectively bind D.U. to a statement it has not made with the same intent being attributed to it. In my opinion, this is certainly a decision that can be challenged.
WHY WERE THE FAIR DEALING DEFENCES ARGUED BY DELHI UNIVERSITY NOT ACCEPTED?
From my conversations with DU students and others that attended court hearings, the court did not at all explore the scope of defences. This order, if in fact passed, appears primarily based only on the few lines relating to the good faith defence, which may have been  trumped up as admissions made by DU. Even otherwise, having spent hours and hours meticulously calculating the quantum of reproduction in these course packs and making sure that the majority were under 10% (thereby increasing the likelihood that they would be covered under copyright defences of fair dealing etc), I am perplexed (to say the least) and enraged (at best) that a judge could have come to such a finding (assuming he did actually consider the defences, which I personally very much doubt). 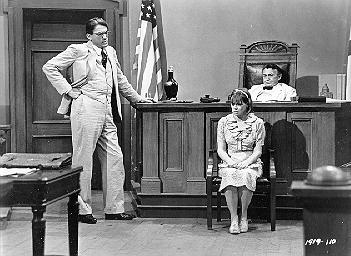 What of the recent Canadian decision where course packs were explicitly held to be legal for educational purposes? What also of the recent decision in the United States where the court found that besides the right to make complete copies of books that were out of print, university libraries could, in addition, also make use of the fair use defences available under the Act?
How is it that the Canadian and American courts (not to mention a bunch of other countries with infant IP regimes) have held fair use defences to be applicable to the making of course packs, but somehow the Indian courts have found otherwise?  If there is a country that requires wider exceptions to copyright, it is India – with its unique socio-economic conditions and population density, not to mention the prohibitive cost of books (see Lawrence Liang’s detailed empirical study).
HAS DELHI UNIVERSITY AGREED TO SETTLE?
I am hard-pressed to believe that D.U. wishes to settle this case when there is an active Facebook page campaigning against the publishers’ suit and letters from eminent former DSE faculty such as Amartya Sen, expressing their anguish at the policy decision of the publishers to file such a reprehensible suit. If D.U. does in fact wish to defend this case, and there is a lack of a reasoned order, then a review petition is certainly maintainable.
WHAT HAPPENS NOW?
So to conclude, I would only say this – if in fact the injunction was passed because D.U. no longer wants to pursue the case, that is another matter. However to my mind, nothing in DU’s written statement amounts to a specific admission of guilt/illegality or indicates it has agreed to settle this case. Anything to the contrary was merely inadvertent in the interest of caution or was simply a result of bad drafting.
If in fact counsels for D.U. argued the fair dealing defences in court, then it should have been considered by the judge before passing the injunction. I would very much like to see how the judge’s reasoning for why the current exceptions ‘do not cover course packs’, when judges from pretty much every other part of the world, think otherwise. We will have to wait for the order to see the actual reasoning employed, if at all. But as I said earlier, I very much doubt if this aspect was considered at all.
However, if the defences weren’t considered at all, that is definitely grounds for a review and hopefully we will have a strong legal precedent once and for all holding photocopying course packs to be legal in India.
If the defences were in fact taken into account and an injunction was passed after examining the provisions of the Indian Copyright Act, then we can all walk away from this episode with heavy hearts, knowing that the fair dealing exceptions in the Copyright Act inserted to further education and enable access to knowledge, have failed to fulfill the very objectives they were meant to achieve.
Finally, as a student myself, I have one closing thought – we enthusiastically celebrate the successes of Indian students as they outperform their peers in Ivy League colleges and the Oxfords and Cambridges of the world. But do we ever stop to think how they managed to achieve this in the first place? It is easy to discount and hard to quantify the influence of course packs or any reading material for that matter, on the successes of these students. But take it away and we will slowly but surely begin to appreciate its immeasurable importance. For as the saying goes – you don’t know what you’ve got till it’s gone.   To me, this order, which seems to be based on no legal reasoning at all, will have to be reviewed.

UPDATE: A complete list of signatories, including some very big names in the academic world, is available here (this will be continually updated). The petition has already amassed more than 600 signatories in just over 2 days. You can sign the petition by clicking here.