The Supreme Court recently came down very heavily on the government about the lack of transparency in the manner in which clinical trials are conducted in our country. These observations were made during the hearing of a PIL (which the Supreme Court seems to be entertaining in increasing numbers!) filed by an NGO from Madhya Pradesh.

For the section of our readers unfamiliar with what clinical trials are and how they work, clinical trials are a part of the R&D conducted by pharma companies to assess the efficacy, risks and health benefits of a new drug/composition/formulation/treatments etc. They go through various stages (usually four) and most accurately determine which drugs ought to be marketed, and the potential success they may have commercially and medically. (For more, go to ever handy Wikipedia which has a great beginner level overview of the whole process.) 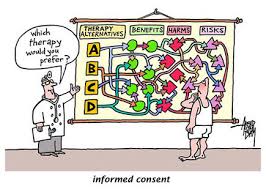 The main concern here was whether patients knew what treatment they were undergoing – Was it an experimental drug? Was it approved by the Central Drug Standard Control Organization? Was it FDA approved in any other country? Alarmingly, there were cases where this information was not provided to the patient, nor the risks presented in non-medical mumbo-jumbo for the patient to assess. Even more alarmingly, the Madhya Pradesh government claimed that it cannot be held responsible because they were in the dark about clinical trials conducted in their state!

In an age where we fight for the right to information in so many ways, wouldn’t we have assumed that details as important as this would have been given to the patient in any case?