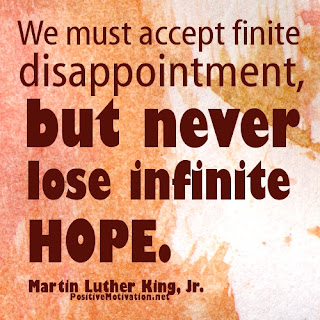 Given that the recent Roche vs Cipla decision was effectively India’s first post trial pharma patent ruling in a post TRIPS world, one might be forgiven for expecting a lot. Sadly, it disappointed…on several fronts.

As I’d noted in an earlier post, the ruling suffers from serious jurisprudential flaws, with the Delhi High court effectively conflating issues of validity and infringement. A Mint article by CH Unnikrishnan encapsulates my views as below:
“While many of us are happy about the ultimate outcome in favour of public health and access, the decision appears puzzling from a jurisprudential perspective. A close reading of the patent would suggest that Roche’s first claim is to the compound itself with a certain chemical formula i.e. erlotinib hydrochloride. The said claim is not limited to any particular polymorphic version,” said Shamnad Basheer, a ministry of HRD (human resource development) professor in IP law at the National University of Juridical Sciences, Kolkata.
He said that in an infringement analysis, one has to compare the patent claim with the allegedly infringing product and not engage in a product to product comparison.
“In fact, the law permits patent owners to sue for infringement even without having any product of their own,” said Basheer, adding “therefore, the moment Cipla makes a polymorphic version of EH, it invariably infringes Roche’s patent, since its polymorph will also have the same chemical formula as that of erlotinib hydrochloride, as claimed in Claim 1 of the Roche patent.”
He pointed out that since the Delhi high court order goes to great lengths to uphold the validity of this claim in toto, it cannot now limit its scope during an infringement analysis.
“The issue of validity is quite distinct from the issue of infringement. If the judge was worried about the scope of the claim, he ought to have limited its scope during the validity analysis.
But given that he upheld the claim in toto, he cannot curb its scope during an infringement analysis,” said Basheer.
In other words, the judge ought to have circumscribed the scope of the patent claim during the validity analysis. I will try and examine this aspect in more detail in a future post. Given wide TRIPS flexibilities, India is perfectly free to strategically limit the scope of product claims. Unfortunately, the judge missed this opportunity and rendered a ruling susceptible to attack at the appellate stage.
Apart from the above, the judge appears to have faltered on section 8 too. This provision, the bane of many a patentees’ existence, has been discussed several times on our blog. In a post around 2 years ago, I’d noted:
“Section 8 of the Indian patents act requires that patent applicants disclose all information pertaining to foreign counterparts of the Indian application in issue (i.e. if the Indian application has corresponding US and EU applications covering the same or substantially the same invention, then information pertaining to such applications must be provided to the IPO).

This provision comes a close second to section 3(d) in terms of its potential to cause sleepless nights for patentees. And has been the subject matter of leading patent disputes, such as the Roche vs Cipla litigation concerning Erlotinib. However, apart from this Chemtura decision, analysed by Prashant (where Justice Muralidhar refused to grant an interim injunction to the patentee on the ground that a failure to comply with section 8 gave strong grounds to invalidate the patent), I hadn’t found any decision where this section has been successfully invoked to invalidate a patent. Well, at least, not till now…

Thanks to Sandeep’s excellent coverage of recent patent office opposition decisions, I was alerted to two post grant oppn decisions, where the IPO invalidated related patents of Richter Gideon, a Hungarian company dealing with compositions and processes covering Levonorgestrel, an active that is found in Cipla’s (and now Piramal’s) best selling contraceptive “I” pill (shouldn’t Apple be suing here?).

…In order to be on the safe side, applicants and their attorneys ought to err on the side of abundance i.e. overload the IPO with information and keep the IPO updated on the progress of patent applications at each of the foreign offices. Counsels in each country where these applications are being prosecuted ought to be instructed to send this information in a timely manner. In any case, even without the sword of section 8 hanging over them, counsels are expected to keep their clients updated on the progress of a patent application in a timely manner! With section 8 swinging into operation, this expectation takes on a more serious turn.

Of course, this information need be provided only where the foreign applications relate to the same patent family i.e covers the same or substantially the same invention.”

More recently, Prashant discussed section 8 in the context of the highly problematic Avesthagen patent, highlighting ways in which section 8 compliance could be secured more effectively.
Justice Manmohan Singh however renders a ruling that effectively castrates section 8! I quote the relevant paragraphs (from his decision in Roche vs Cipla):
“156. Consequently, the ground of violation of Section 8 read with Section 64(1)(m) is made out. However, still there lies a discretion to revoke or not to revoke which I have discussed later under the head of relief. Under these circumstances, even in case, the said compliance of Section 64(1)(m) of the Act has not been made by the plaintiffs, still there lies a discretion in the Court not to revoke the patent on the peculiar facts and circumstances of the present case. The said discretion exists by use of the word ―”may” under Section 64 of the Act. Thus, solely on one ground of non-compliance of Section 8 of the Act by the plaintiffs, the suit patent cannot be revoked.”
In other words, the judge suggests that although Roche may have violated section 8, he is still at liberty to uphold their patent. Sai Deepak analysed this aspect elaborately and opined that once a judge finds in favour of a section 8 contravention, he does not possess any additional discretion and has to necessarily revoke the patent. I could not agree more.
If his Lordships’ finding that Roche violated section 8 holds good, then it stands to reason that Roche must necessarily lose this case. There is no scope for discretion under section 64. If such discretion were permissible, it could dangerously permeate to other grounds of revocation, namely that the patent is not new, is obvious etc etc. Put another way, Justice Singhs’ ruling effectively vests courts with the power to uphold a patent, despite the fact that the patent does not really claim anything new.
Hopefully, these judicial infirmities will be redressed in the months (or perhaps years) to come. After all, India is relatively new to complex patent cases and it will be a while before we begin witnessing a decent amount of sophistication in patent jurisprudence.