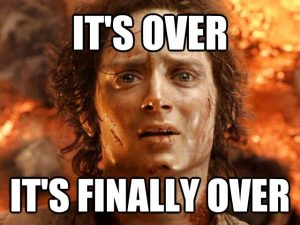 In what could possibly be the end of the Roche v. Cipla saga, Cipla has withdrawn the SLP it had filed in the Supreme Court against the Delhi High Court Order of 2015. The Apex Court allowed Cipla to withdraw its Petition owing to a settlement reached between the parties, with Cipla acknowledging the validity of Roche’s patent rights in Erlotinib Hydrochloride.

The Roche v. Cipla saga concerns the patent rights in the compound Erlotinib Hydrochloride (Patent IN ‘774), sold by Roche under the name of ‘Tarceva’ around the world, and introduced in India in April, 2006. Cipla started selling a polymorph of EH in India under the name ‘Erlocip’ since late 2007, which prompted Roche to sue Cipla in 2008, beginning a chain of litigation.

Apart from adjudication of the core issues of validity and infringement of its patent, Roche filed for interim relief against Cipla which was rejected by a Single Judge Bench of the DHC. Though the judge ruled that Roche had a prima facie case against Cipla, he cited ‘public interest’ as the reason for holding against Roche, noting that a month’s dosage of Tarceva cost around 1.4 Lakhs whereas the equivalent cost of Elrocip was only 48,000. The balance of convenience was held to be in Cipla’s favor.  Roche then appealed against this decision which the division bench of DHC upheld, and further slapped Roche with a fine of Rs. 5 Lakhs! The Coram consisted of Justice Muralidhar and Justice AP Shah, who disagreed with single judge’s reasoning and ruled that Roche lacked a prima facie case. According to the Bench, not only was Cipla’s infringement doubtful, serious doubt loomed over Roche’s very patent! Roche then appealed to the Supreme Court against this order in the form of an SLP, which was rendered unsuccessful.

The core issues were before another single judge bench of the DHC, who held that though Roche had a valid patent, Cipla could not be held for infringing it. Analyzed by Prof. Basheer here and here, this inconsistency afflicted order was challenged by both Cipla and Roche, concluding in the 2015 DHC division bench decision. The DHC division bench had ruled in favor of Roche, upholding not only the validity of its patent IN ‘774, but also that Cipla had infringed it by manufacturing Erlocip, imposing a cost of Rs. 5 Lakhs on the latter. The legal analysis of this judgment can be read here and here. Cipla then filed an SLP against this decision, which was admitted by the Apex Court in 2016, and heard on the plea of appointing a technical expert; after which the matter was adjourned.

After a spate of legal proceedings, the Pharma majors have finally reached a settlement, withdrawing all pending litigation against the other, including the SLP. This is a surprising development, considering this was one of the biggest cases where mediation was initially advised by the DHC and had failed. This settlement possibly marks the close of the first pharma patent case in India in the post TRIPS era, bringing a monumental chapter of India’s patent law to an end.