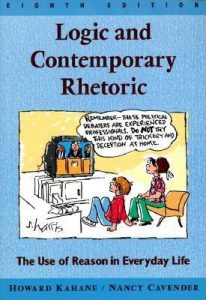 On 20th February, the Delhi High Court in Novartis Ag & Anr v. Sun Pharmaceutical Industries passed an order issuing a temporary injunction restraining Sun Pharmaceuticals from launching its generic version of Novartis’ Nilotinib. The injunction was granted on the grounds that there was a prima facie case in favor of the plaintiff, that the balance of convenience also lay in favour of them and that they would suffer an irreparable loss without the injunction. Yet, there is no recording of reasons why the Court deems the situation to be so.

This post looks into the fundamentals of granting interim injunctions with respect to the pharmaceutical drugs and the potential implication of granting them without rightly recording the reasons for the same.

Nilotinib is a medication for the treatment of chronic myelogenous leukemia, that is sold under the brand name of Tasigna by Novartis. Nilotinib (Patent – IN 237430) is used in cases where imatinib (Novartis’ Glivec), fails to get a response from the patient. Novartis had filed for patent protection for Nilotinib in 2004 and owns the patent till July 2023. Cipla had made a pre-grant opposition against the patent application of Novartis, but the same was rejected by the Assistant Controller of Patents. The validity of Novartis’ suit patent was upheld when previous cases of infringement of the Nilotinib patent were held in its favor (Novartis v. Rajiv Mukul – where the defendant decided to stop production and Novartis v. S.P. Accure Labs – where a permanent injunction was granted). In the present case, an ad-interim injunction was granted against launch of the drug by Sun Pharma. The order relied on the rejection of Cipla’s pre-grant opposition and the above-mentioned cases to hold in favor of Novartis.

While all this sounds good, the glaring lack of reasoning regarding the existence of a prima facie case and how irreparable harm is caused in the absence of the injunction is cause for concern.

An interim injunction is usually granted on the following grounds:

There is also a fourth consideration that comes into play when granting interim injunctions for pharmaceutical patents, and that is, there should be no opposition to public interest in granting the injunction.

Presumption of Validity of Patents

Given the Patent Office’s high error rate in granting pharmaceutical patents,  the practice of presuming the validity of a patent in cases of granting an injunction comes under serious doubt. In the present case, the order relies on the decided cases concerning the patented drug and the rejection of Cipla’s pre-grant opposition for the presumption of validity of Novartis’ patent over Nilotinib. However, the larger institutional inadequacies of the Patent Office leaves open several questions on the level of scrutiny adopted while granting patents and their continued validity.

Need for a Prima Facie Case

The validity of a patent and the prima facie standard for injunctions go together. Under the CPC, a prima facie case would be one where there is a triable issue. For cases concerning patents, this would, of course, be an instance of infringement and the burden to establish the same lies with the petitioner. Given the existing doubts in the presumption of validity, the threshold for what constitutes a prima facie case must also be higher.

The Novartis order grants an injunction in favor of the plaintiff, after stating that there is a prima facie case because – Novartis has a valid patent; the validity has been tested in the pre-grant opposition, and the launch of Nilotinib by Sun would be an infringement of Novartis’ rights. Further, the order states there was be irreparable loss without the injunction and that the balance of convenience lies in favor of the plaintiffs. The fact that Novartis has also been able to produce the drug at a ‘reasonable price’ with the patent aids the decision for granting the injunction. However, there is no discussion on why or how this constitutes a case for an interim injunction.

The mere recognition of these facts without any analysis on why it is so, majorly dilutes the value this order adds to the jurisprudence concerning this subject matter and leaves it open to challenges on similar grounds in the future. Additionally, the case does not deal with the price issue adequately.  Tasigna, on average costs Rs. 8000 per strip (4 capsules), which is not quite so reasonable for an essential life-saving drug. The order fails to deliberate on a possibility that Sun Pharma may indeed be able to produce the same drug at a lower cost. Thus, significantly restricting access to affordable life-saving medicine.

Given that the very first matter for consideration in cases on pharmaceutical patent infringement is liable to a serious attack, the non-recording of reasons for calculating the balance of convenience and irreparable damage further take away from the Novartis case.

Post-TRIPS India saw its first pharmaceutical patent infringement case in F. Hoffman-La Roche Ltd. v. Cipla Ltd. The 2008 judgment by Ravindra Bhat. J in the case presents a standard to be emulated in deciding claims for interim injunctions. While this case does not dwell on setting a standard for what constitutes a prima facie case, it does record thorough scrutiny of the patent held by Roche and Cipla’s opposition to the presumption of validity. There is an extensive debate over the validity of granting the patent itself and particularly over the inventive step test and anticipation. The judgment also goes into whether the granting of an injunction would actually serve its purpose in the case and what its public interest implications would be. In its elaboration on this, the judgment goes into the American Cyanamid case standard on what the guiding principles for granting injunctions are, and after an assessment on the matter, the Court decided that the petitioner would not be able to win against the defendant in a case for a permanent injunction and hence granting an interim injunction would merely be delaying the production activity of the defendant and this would lead to an irreparable loss for the defendant. Hence, the balance lay in favor of the defendant and there was no backing for granting the injunction.

Further, the public interest argument was that given the defendant’s medicines were cheaper than the plaintiff’s, an injunction would restrict access to affordable medicines for consumers and hence, again go against the decision to grant an injunction. A crucial factor that has been missed in the Novartis order. After due consideration of all these factors, the Court in Roche v. Cipla held that the plaintiff was not entitled to an interim injunction.

The 2008 Roche v. Cipla judgment, in its form of reasoning concerning the granting of an interim injunction represents a good standard to be emulated in cases of infringement of pharmaceutical patents. The latest Novartis order is representative of the concerning trend of interim injunctions being granted quite readily with many of them being on a quia timet or ex-parte basis. (You can read more about the issues with the same here, here, here and here).

Injunctions are discretionary and equitable reliefs and are not available to parties as a matter of right. Therefore, if there is an equally effective remedy available, then an injunction will not be granted. Given the public interest implication of halting pharmaceutical production in cases of infringement, especially when patent validity can be doubted, it becomes more imperative that there is, first, a better recording of reasons for granting injunctions and second, speedier trials become the norm instead of injunctions for such cases.

Granting interim injunctions has the effect of curbing competition in production and also denying consumers access to alternatives. However, given the recent trend, this public interest concern seems to have taken a backseat while the interest of the patentee and the effective enforcement of their right drives these orders. Further, the lack of deliberation in court orders on how injunction is the only remedy available in such cases of infringement goes against the tenets of injunctions being exceptional remedies.

I would like to thank Prashant Reddy and Divij Joshi for helpful comments and suggestions.