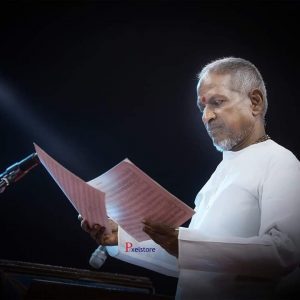 On February 13th, the Madras High Court passed a judgement in the case of M/s. Indian Record Manufacturing Company Limited v. AGI Music Sdn Bhd and Ors., wherein the music composer, Ilaiyaraja, was Defendant no. 2 (“Ilaiyaraja (II)”). The suit was decreed with costs and the defendants, including Ilaiyaraja, and agents etc. were permanently restrained from infringing the Plaintiff’s copyright over certain specifically identified musical works/sound recordings.

In Ilaiyaraja (II), the Plaintiff’s case was based on assignment agreements with the producers of thirty different feature films. Factually, as is recorded in the judgment, the works relate to the period of 1978-1980. The cause of action appears to be a newspaper article that stated that the Ilaiyaraja had given the right of administering the musical work of all his songs in films produced before 2000 to Defendant No. 1. It looks likes only Ilaiyaraja contested the suit. It also appears that after issues were framed, only the Plaintiff led oral and documentary evidence, whereas no evidence was led by the Defendants.

The judgment goes in favour of the Plaintiff based on a reading of Section 17(b) of the Copyright Act and the Supreme Court’s judgment in IPRS 1977 and Madras High Court’s judgment in Ilaiyaraja (I). The Court held that the producers of the cinematographic films were the first owners of the copyright even in the compositions and once the assignment agreements of the Plaintiffs with such producers were not in dispute, the suit must be allowed. The Court concluded that the rights of the author of a lyric/musical work could be defeated by the producer of a cinematographic film. The Defendant No. 2 failed to produce a contract to the contrary. The Court took pains the emphasize the difference between the ‘author’ and ‘owner’ of a copyright protected work and re-affirmed that notwithstanding the lack of ownership, the author of the musical work would always have moral rights under Section 57 of the Copyright Act.

It is difficult to criticize the judgment in this Ilaiyaraja (II) because it related to the period 1978-1980 and for which period, the findings in IPRS 1977 squarely apply.

However, when I went back to the Ilaiyaraja (I) judgment, I believe the Court got it wrong and my analysis on this follows below.

The judgement in Ilaiyaraja (I) case, decided on June 4 last year, appears to be a composite suit and the core of the dispute related to the rights are retained by Ilaiyaraja in his musical compositions created for various cinematographic films. This was also a final judgement and decree by a single judge of the Madras High Court. There were several issues raised in this case, though we need not go into all of these.

The Court in Ilaiyaraja (I) did feel that there needs to be some balance on the concurrent rights of producers and the individual constituents of the sound recording. The Court answers that this balance is achieved by reference to the moral right of the author under Section 57 of the Copyright Act. The Court even goes on to observe that the issue of ownership under Section 17 of the Copyright Act does not change even after the 2012 amendment (para 65).

In the IPRS 1977 judgment, in paragraph 17, the Supreme Court concluded, rather summarily, if I may add, that under Section 17 proviso (b) the producer of the film becomes the “first owner of the copyright therein and no copyright subsists in the composer of the lyric or music so composed unless there is a contract to the contrary”. The Supreme Court upheld the judgment of the High Court under appeal which held that the composers had no right at all in the composition.

One point that has always bothered me is the stipulation in the relevant part of Section 17 proviso (c) that the producer of the ‘cinematograph film’ would be the first owner of the “copyright therein”. What is the meaning of the term ‘therein’? Obviously, it is a reference to the ‘copyright’ in the ‘cinematograph film’. I think there is no confusion on what is meant by the term ‘copyright’ – it is a reference to the set of rights granted under Section 14.

As for term “cinematographic film”, the current definition is as below:

While it is accurate to state that the definition includes a sound recording, the connotation offered by the Madras High Court in Ilaiyaraja (I) is incorrect. The reference to ‘sound recording’ is not in isolation but it is a reference to a sound recording that accompanies a visual recording. The principle definition of the term is that it refers to a work of visual recording. Both these contextual elements suggest that the intent was to ensure that a composite product comprising both visual and sound elements as well as a product comprising only visual element, are both covered with in the definition of the term “cinematographic film”.

Therefore, when Section 17 proviso (b) states that the producer shall be the first owner of the “copyright therein“, it can only be construed as a reference to the producer of the film becoming the default first owner of the rights granted under Section 14(1)(d), i.e. the copyright in the cinematograph film. That cannot be construed as granting the film producer the rights under Section 14(1)(e) as well, i.e. Copyright qua ‘sound recording’.

Moreover, definition of the term “cinematographic film”, in any event, does not include a “musical work”. Therefore, the phrase “copyright therein” in Section 17 proviso (b) cannot be construed as a reference to ownership of rights under Section 14(1)(a) as well, i.e. Copyright qua ‘musical work’.

By this logic, the Madras High Court judgment in Ilaiyaraja (I) is erroneous because it fails to: (i) properly appreciate the interpretation of the phrase “copyright therein”, (ii) the impact amendment to the definition of “cinematograph film” and inclusion of ‘sound recording’ by way of the 1994 Amendment.