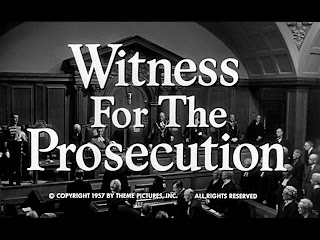 In a story which ran today on PTI, the Chairperson of the National Biodiversity Authority (NBA) has reportedly informed the press that his organization is all set to prosecute Monsanto’s Indian subsidiary (Mahyco) in a criminal court for violation of India’s Biological Diversity Act, when Mahyco allegedly accessed ‘germ-plasm’ related to certain varieties of brinjal. According to the PTI report the Chairperson states “The company has used local variety of brinjal to develop BT brinjal. We are in the advanced stage of filing a case against companies involved in that. As per the Act it’s a criminal case. It is a cognisable offence”.
I had covered this issue in detail in two previous posts that be accessed over here and here.
Once again, I would like to reiterate that the NBA does not seem to have any solid ground to proceed with its complaint. The reason for this being that this particular project, for which Mahyco is being charged, is a part of a larger tripartite agreement which has already received the blessings of the Central Government. The agreement to access the germplasm and develop it into a pest resistant variety was entered into by Mahyco with the University of Agricultural Sciences at Dharwad and Sathguru Management Consultants. The agreement can be accessed over here. In this agreement, Sathguru Management Consultants represents itself as the national co-ordinator for the ABSP – II project which is led by Cornell and funded by the United States Agency for International Development (USAID).
The charges levelled against Mahyco by a NGO, whose complaint has formed the basis of this prosecution, is that Mahyco accessed Indian biological resources without prior permission from the NBA. The Parliamentary Standing Committee on Agriculture in its recently released 37th Report, had castigated the NBA for not moving forward with the prosecution of Mahyco and is likely to have contributed to this decision to move ahead with the filing of the case.
But does the NBA have a case over here? I don’t think so. Section 5(3)(b) of the Biological Diversity Act is pretty clear that permission from the NBA is not required in collaborative research projects between government sponsored institutions of India and other countries if such projects have been approved by the Central Government. UAS, was a government university. The entire ABSP – II project is a part of the Knowledge Initiative on Agriculture (KIA) entered into between the Governments of India and the U.S. In fact going by the submissions from Mahyco, the Department of Biotechnology (DBT), Government of India appears to be neck-deep in this project. The letter available on page 13 of this link, is from the DBT to UAS discussing funding etc. Clearly this is adequate proof that the Central Govt. was wholly aware of this project and the fact that it was accepting funding proposals from UAS suggests that it approved of the project.
So on what basis is the NBA going to launch prosecution? I don’t know.
Presuming that NBA has the basis to launch a prosecution against Mahyco, it should necessarily prosecute all the parties involved in the project and that would include the competent representatives of Cornell, USAID, University of Agricultural Sciences and the Department of Biotechnology. All these organizations were involved in the project and it should necessarily follow that all of them should share the blame with Mahyco.
Personally, speaking only on my behalf, I think this entire case is frivolous if not malicious.