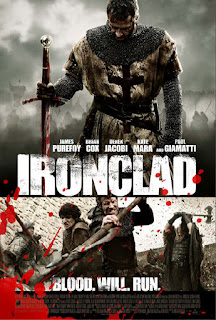 Ever since Justice Murlidhar’s order in the Chemtura judgment and Justice Sridevan’s subsequent order in Tata Chemicals, most patent agents have been filing almost all the relevant details regarding foreign patent filings, including the examiners reports generated by the USPTO, JPO and EPO. However this is not always the case. There are cases where the patent applicant is faced with a ‘lose-lose’ situation i.e. if he were to disclose the details of an adverse office action at a foreign patent office he is guaranteed to have his patent application rejected. In these circumstances, the patent applicant has every incentive to wilfully suppress such details since there is always a 90% chance that the patent will be granted by the patent office. Of course, there is the possibility that the patent may be revoked later by the IPAB or the High Court for non-compliance with Section 8 but until such time, the patentee enjoys the benefits of a valuable patent.
As a case study, I provide you with the Avesthagen patent, which we discussed earlier in context of the TKDL project. I had pointed out in April, how the TKDL had objected to the grant of this patent before the European Patent Office (EPO). In response to the subsequent EPO search report Avesthagen abandoned the patent application before the EPO but proceeded with its Indian counterpart which was granted just a few weeks after I wrote about the EPO counterpart being abandoned. Even before I wrote anything on this patent, earlier in January, Avesthagen’s patent agent filed a Form 3 containing Section 8 details, limited to a mere disclosure that the EPO and USPTO patents were abandoned but remaining silent on the content of the search reports generated by those patent office. Further, in respone to the FER by the Indian Patent Office, Avesthagen filed a reply which was mum on the adverse search report generated by the EPO. The Patent Agent in this case was probably aware that the patent application would not have been granted if the Controller was aware of the adverse report generated by the EPO.
How do we incentivize patent applicants to disclose, truthfully, even adverse search reports.
In my opinion there are two options:
(i) Amend the patent rules or the Form 3, to require patent applicants to file an affidavit on oath certifying that he has indeed filed with the patent office copies of all communications with the USPTO, EPO and JPO;
Or
(ii) Amend the patent rules or the Form 3 to require patent agents to file an affidavit on oath certifying that he or she had indeed filed with the patent office copies of all communication with USPTO, EPO and JPO.
In both cases, if it is later discovered that certain documents have been wilfully suppressed, the Patent Office can prosecute the patent applicant and the patent agent for perjury since the affidavits would have been submitted on oath. The added advantage of forcing this requirement on patent agents is the fact that the Controller General can expel patent agents who are found suppressing critical Section 8 information.
This is the only way to increase the costs of non-compliance with Section 8 for the patent applicant and patent agents who are reluctant to share with the Patent Office an adverse report or two from a foreign patent office.