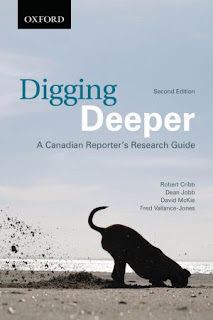 Pursuant to my last post on Sugen’s title to the recently revoked Sunitinib patent, I received a comment telling me to ‘stop dragging this topic’ after I repeatedly questioned the logic of filing a blank Form 1 with the patent office. A puzzling comment since I was having a rather tame discussion with some of the other readers. Usually these kinds of comments are an indication that I’ve missed the main story.
So, I went back and checked the file on the Sunitinib patent and I discovered some interesting facts, although none of them are of any relevance now that the patent has been revoked but it does give us an insight into the manner in which Sugen prosecutes its Indian patent applications.
The patent application for Sugen was filed with the Indian patent office on 9th August, 2002. (Back in the day the patent application went to the mailbox, waiting for 1st January, 2005 date) As per my understanding, the patent application should have been filed along with a Form 1 where the applicant establishes that the inventors have assigned to him the right to file the patent application along with certain other formalities. The actual proof of the assignment from the inventors can then be filed within 6 months (it used to be 3 months earlier). If you look at the cover letter dated 9th August, 2002 (available over here at p. 4) you will see that there is no Form 1 mentioned in the list of enclosures.
Did Sugen forget to file it?
Well it appears that Sugen may have forgotten because the Form 1 (See here) available on the patent office website is dated 20th May, 2006 and surprisingly, unlike other documents is not stamped by the Patent Office. As if that were not enough, I also found a petition under Rule 138 filed by Sugen’s patent agent on the 1st of June, 2006 seeking a condo-nation of delay for an un-named event. (See here) The covering letter accompanying the R. 138 petition (See here at p.14), however does mention that the condonation application was for the delay in filing the ‘proof of right’, which in this case was a notarized copy of the assignment filed before the USPTO. (There was another R. 138 petition filed for delay in filing the Form 3). From what I understand of Rule 138, it allows for the controller to condone a delay of one month, after the expiry of a deadline, provided that the Controller is satisfied with the reasons for the delay.
In the present case, Sugen had 6 months (or was it 3 months back in 2002?) to file the proof of inventor-ship and if you take the extension under Rule 138, Sugen had an extra one month provided it had a good enough reason for the delay. However, the Rule 138 petition was in reality filed almost 46 months after the filing of the patent application! Even then the Rule 138 petition does not give any cogent reason or for that matter any reason for the delay in filing this Rule 138 petition.
Which brings us to the question – how did the Patent Office allow this condonation application to go through and who was the officer responsible for letting this application through? I think it is safe to assume that a delay of more than 40 months would have guaranteed the death of the condonation application and with that the right of Sugen to continue with its patent prosecution since there is no way a patent application can proceed without establishing title. I find it startling that companies like Sugen are dealing with their multi-million dollar inventions in such a casual manner. I wonder if the folks at Sugen are as startled?