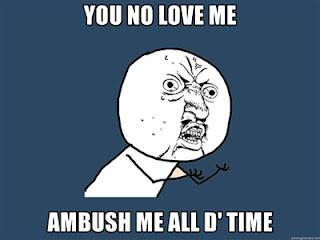 The Economic Times (ET) reports that MNC drug firms have been deploying the RTI (Right to Information) route to launch aggressive patent ambushes against generic firms.
I quote:
“Pharmaceutical multinationals have begun using the Right to Information law to launch pre-emptive legal action against local generic players to protect the market of patented drugs and delay the entry of low cost generic medicines in the 60,000-crore domestic drug market.

MNCs are using such information to sue generic firms even at a stage when their marketing approval is still pending or during the few months’ window between the grant of approval and the actual product launch. This is a marked departure from their earlier strategy of launching patent infringement suit only after a generic firm rolled out a competing drug in the market.”

Patent law suits are nothing new and quia timet actions are also prior art, so to speak. So nothing out of the ordinary here in using RTI information to sue, given that there is no other credible way to know if a generic manufacturer intends to launch a patented drug, than that of querying the DCGI (Drug Controller General of India) office and finding out.
Killing Promiscuous Injunctions?
But the mere factum of suing does not necessarily mean that big pharma is entitled to an injunction, much less an ex parte one. In a series of posts, Prashant, Rajeev and I reflect on the growing promiscuity of Indian courts in granting ex parte injunctions i.e. interim restraining orders that are passed without so much as hearing the other side.
Along with my students, I now plan to file a PIL (public interest litigation) soon requesting the Supreme Court to direct that no ex-parte restraining order be granted in any patent case, given that almost every patent case invariably involves a challenge to the very “validity” of the patent. How then can an order be passed without so much as hearing the other side? If any of you are interested in joining hands with us on this important fight, please email me.
Dispensing with Interim Injunctions
More controversially perhaps, I’ve advocated that Indian courts simply dispense with the “interim” phase and move directly to trial. The rationale is that the interim phase demands a “prima facie” evaluation of the merits of a dispute, which in a patent case,  can quickly convert to a rather lengthy evaluation, if one is serious about getting as close as possible to the right result.
Any attempt to compress the prima facie evaluation phase is likely to yield wrong results i.e a patent found to be prima facie valid, ends up being struck down after trial, causing significant harm to generic competitors and more importantly to patients who are forced to contend with monopoly pricing till such time as the patent is finally knocked down!
My advocacy is not particularly fanciful, given that the Supremes have recommended something similar in at least two cases, given the extraordinary delays inherent in the so called “interim” phase.
For those interested, an old paper of mine (presented at Kysuhu University) is available here (a significantly updated and revamped version of this paper will soon be published in a book edited by Professors Margo Bagley and Ruth Okediji).
Regulatory Opacity
So back to the RTI route, which triggered the ET article. As I’d mentioned, its nothing out of the ordinary and one that we’d expect pharma patentees to deploy, given that our much maligned regulator (DCGI) is known more for its opacity and underhand dealings than its transparency. Don’t take my word for it…read this scathing indictment by our Parliamentary committee which takes the DCGI to task for its unhealthy cosying up to both multinational and generic firms.
Tellingly, as the report notes, most drug regulators begin their mission statement with an avowed objective of serving the public interest and ensuring the safety and efficacy of drugs. Our regulator on the other hand goes on record stating that its primary purpose is to “meet the demands and requirements of the pharmaceutical industry”! (see  pages 2-3 of the report: para 2.2). Great bedtime reading, and I’d recommend that at the very least, our readers subject this scathing report to a peek preview.
Back to the theme at hand. For those interested, I’d recommended that all drug marketing approval applications filed before the DCGI be published immediately on its website. Apart from making the DCGI more transparent and accountable, this would go a long way towards weeding unethical practices such as those deployed by Natco when it lied to the Delhi High Court and stated that it had no interest in the anti cancer drug Dasatinib, whilst at the same time having filed a drug application for a generic version of this drug before the DCGI.
The Natco Defamation Suit
Had the DCGI been more transparent and uploaded all of its applications for drug approval, I’d have been spared the agony of a law suit. And the court might have been spared the agony of an unethical ride by a home grown pharmaceutical firm (Natco), that had just made news for its heroic efforts in standing upto a large multinational firm and procuring a monumental compulsory licensing order.
But then again, I’m glad they sued on such a weak case. Hopefully, we’ll get an order that deters future corporate bullies from attempting to gag free speech (and dare I say, the truth)! For the record, I will continue writing and commenting on this case..all within the contours of the law of course and my constitutionally guaranteed freedom of speech.
For those interested, my written statement countering Natco’s non-sensical suit is here. This defence incorporates many of the arguments advanced by Prashant in his posts here and here.
ps: Each time I comment on a pharma patent issue, I get hit with the question: Which side are you on? I reiterate again that I’m not particularly fond of George Bush and his: “Either you’re with us or you’re against us” approach.
I’d like to think that, as with the Novartis Supreme Court submission, I follow a strict issue based approach. While I come down on the side of the generics and/or patient groups on some issues, my conclusions end up favouring originator pharma companies on others. And once in a while, what I advocate ticks off both sides…perhaps a good place to be in for an academic, particularly one who advocates the middle path and holds the freedom of thought and expression very close to his heart..