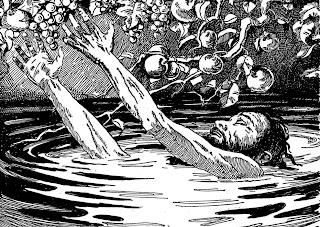 A highly controversial copyright law-suit filed by leading publishers against Delhi University (DU) and its photocopier for creating and distributing “course packs” spurred a number of articles on this blog, traversing a number of legal issues.  For the latest update on this unfortunate suit, see our post here.
One of the legal issues under discussion is whether or not Universities should obtain a copyright licence from the publishers. In fact, publishers did make this enticing offer in court, arguing that universities should put an end to the dispute by simply taking a license and paying a fixed royalty each year to the IRRO (Indian Reprographic Rights Organisation), a collecting agency that collects on behalf of publishers.
In an earlier post, I strongly contested this alluring offer on the ground that where the law carves out an educational exception from infringement, there is absolutely no need for obtaining a licence for creating course packs which extract and use only limited portions of copyrighted works. Such a licence would tantamount to converting what is a perfectly legitimate copyright exception into a compulsory licensing provision.
I also noted that this tantalizing offer must be resisted at all costs, given that it is nothing short of a licensing trap. The IRRO and publishers are likely to offer a paltry licensing fee at the start, but once they get their foot in the door, there is no stopping them from rapidly escalating licensing fees year after year. This is not a mere figment of my imagination, but has played itself out!
Canadian universities bore the brunt of this copyright greed around a year or so ago and refused to renew their licenses. More recently, Universities in New Zealand are having to face the music and have just been dragged to the copyright tribunal over their refusal to accept a hike in licence fee.
Indian Universities and educational establishments could do well to learn from these comparative examples and resist this beguiling offer to convert what is a clearly articulated copyright exception into a compulsory license.