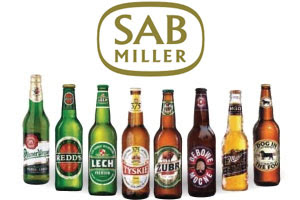 Recently, the Bombay High Court rendered a decision on an alleged trademark infringement (here) , the summary of which is as follows –
Case history and facts
On February 19, 2009, the plaintiff applied for registration of its series trade mark “SABMiller India – SABMILLER INDIA” under the Trademarks Act, 1999 -Class 21 (glass bottles) and Class 32 (beers etc.). It also obtained registration for a design to be applied on its beer bottles under the Design Act, 2000 on 15th January 2010. Subsequently, the plaintiff introduced in India its beer bottles (bearing the registered design and also bearing SABMILLER INDIA). It is pertinent to note that the defendant used to sell and distribute beer by filling beer into recycled bottles and not into new bottles. The practice of using one’s own recycled bottle was a common trade practice.
Prior to its series trademarks being successfully registered, the plaintiff found that the defendant was manufacturing, selling and distributing beer in bottles having the plaintiff’s registered design as well as bearing the name SABMILLER INDIA. This lead the plaintiff to sue the defendant for design infringement and passing off. The suit was initiated before the District Court of MP and reached the High Court of MP as an appeal by the plaintiff. The High Court of MP, after extensively hearing the case, dismissed the plaintiff’s appeal.
Upon obtaining registration of its trademark (5 December 2012), the plaintiff filed a suit before the Bombay High Court for infringement of registered trademark “SABMiller India – SABMILLER INDIA”. On 18th December 2012 this court granted urgent ex parte ad-interim reliefs.
Issues before the Bombay High Court
1. Whether the present suit was barred by res judicata since the MP High Court had already decided on design infringement and passing off?
2. If the suit was not barred, then was infringement by the defendant satisfied under Section 29(2)(c) of the Trademarks Act (‘the Act’) and could this lead to the creation of a legal presumption of infringement as mandated by Section 29(3) of the Act?
3. Could the defendant’s contention that its inadvertent or accidental use of the plaintiff’s mark due to the practice of using recycled bottles, save the defendant? And could the fact that the defendant used other bottles which had labels bearing the defendant’s own name and mark, help the defendant?
4. Was the plaintiff guilty of suppression of facts in relation to its having used Kingfisher’s bottles in the past?
5.Would the exceptions under Section 30(1) and Section 30(2) of the Trademark Act, be applicable in the present case?
Decision
1. Res judicata– The court held that res judicata will not apply because the present case was in pursuance of a new cause of action. This was because after registration of its trademark, the plaintiff was entitled to sue for infringement and did not have to rely on passing off. Since infringement creates a new cause of action which is different from the cause of action before the MP High Court (i.e. passing off), res judicata does not apply.
2. Infringement established– The court accepted the plaintiff’s contention on this point and was of the view that given the identity of the two marks and the goods, Section 29(2)(c) is satisfied and therefore the Court is mandated to presume that the defendant’s use of the impugned mark is likely to cause confusion on part of the public (Section 29(3)). The court also relied on the case Ruston & Hornsby Ltd. vs. Zamindara Engg. Co. to establish that in such cases no further inquiry was required to find out whether there was in fact any confusion.
3. Use of own labels – The court rejected the defendant’s contention on use of their own labels and held that this was no defense in an action of infringement. The only question was whether the defendant was using a mark which was the same as or which was a colourable imitation of the plaintiff’s registered trade mark. This question being confirmed in the present case, the court said that the presence or use of own labels will not help the defendant.
4. Use of Recycled bottles and Suppression of facts– With regard to the allegation of suppression of facts, the plaintiff had denied suppressing any facts. Alternatively, they raised an allegation saying that the defendant stage-managed the deception to make it appear as if the plaintiff was using Kingfisher’s bottles. Interestingly, the plaintiff submitted that there might have been accidental use of Kingfisher’s bottles as prior to introducing new bottles in 2010 the plaintiff too used recycled bottles. The Court accepted the plaintiff’s explanation and the court also accepted the argument that it was not honest trade practice(required for the exception in Section 30(1)(a) to stand) to use recycled bottles bearing brands of different manufacturers- which was what the defendant was doing and was hence precluded from using trade practice as a defense.
5. Defense – With regard to the defense under Sections 30 (1) the court held that such a defense would apply when the registered mark is used by a person only for identifying the goods of the registered proprietor (the court gives an example – In competitive advertisement to distinguish goods). In the present case, the court observes, the defendant is using the mark for its own products and is identifying its own goods with that of the mark. Therefore this defense does not apply. With regard to Section 30(2), the court says the exception is not applicable as the defendant is using the registered trademark as his own mark and not using it to show distinction in character or quality of his goods.
Ultimately the court held the defendant guilty of infringing the plaintiff’s trademark and confirmed the ad-interim order passed on 18 December 2012 until final disposal of the suit.