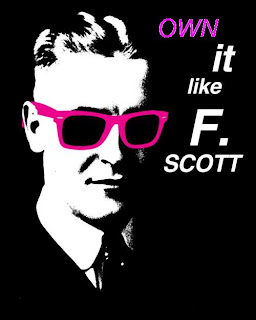 The IPAB recently decided a trademark dispute with respect to use of the tradename ‘Gatsby’. The dispute here though was in relation to perfumeries and cosmetics products, not the recent cinematic reproduction of the novel ‘The Great Gatsby.’

Mandom Corporation, a Japanese company filed a rectification petition in 2005 to remove the trademark registration of Gatsby. The trademark was registered by a well known Indian cosmetics company Fem Care Pharma. The petition was filed on the grounds of alleged non-use of the trademark by Fem Care Pharma for a continuous period of five years, and no demonstrable bona fide intention to use it either. It stated that Fem Pharma’s claims of use since February 1994 were false. Further, the applicant claimed that they had been using the mark internationally since 1978, and entered the Indian markets in 1999. They also had registrations for the mark in several countries and spent a considerable sum in advertising the brand.
When the applicants filed for registration of the trademark, they learnt that there was a identical prior pending application for registration filed by Fem Pharma. Opposition to such cited mark can only be raised only after it is advertised in the TM Journal, therefore the applicant awaited the outcome of the earlier application. Later, they also filed a request in Form TM-58 in 2003 to the Registry, for intimation of the publication to enable them to oppose the same. The applicants conducted extensive market research, but did not come across products of Fem Care in circulation bearing the Gatsby mark. Thereafter, during the pendency of Fem’s application, they also filed a registration application in September 1999.
In 2005, Mandom Corporation received an examination report stating that the mark had been registered, despite it having tendered form TM-58. Therefore, it claimed that the mark had been registered without notice to the applicant. The second application of the applicant was taken up for a Show Cause Hearing and ordered to be Advertised Before Acceptance by the Registrar subject to association with the earlier application.
The applicants stated that the continuance of the impugned mark in the register would cause embarrassment and harm to the business of the applicant and as such they are ‘person aggrieved’ within the meaning of the Section 57(1) of the Act. Further, Fem Pharma was fully aware of the trade mark Gatsby of the applicant and yet adopted the same in bad faith and with ulterior motive. The use of the impugned mark was likely to cause confusion and deception amongst trade and public and potentially affect the purity of the register.
The respondents refuted the above mentioned claims by stating that the mark was actually used with effect from 01.02.1994 which is at least 8 months prior to the date of registration. The respondent had also applied for FDA manufacturing license in April, 2004, demonstrating a bona fide intention to use the mark. Further, the mark entered the register in 2003, and the instant cancellation petition was filed in 2005 i.e within 28 months from actual date of registration and therefore the applicant’s allegation of non-use under Section 46 1(b) of the Act would fail. Fem Pharma further denied applicant’s claim of having used the mark in India since 1999, and that the mark enjoyed the status of a well known trademark. Documents produced in evidence of the applicant’s claimed were of dubious and unsubstantial nature. The applicant’s TM-58 application was filed 3 months after the respondents obtained bona fide registration of the mark in 2003- the applicant’s effort was merely an eyewash.
Further, Fem Pharma averred that the impugned trade mark has been in the Register for many years and the respondents are in the process of relaunching their products in a big way. Therefore, the removal of the impugned mark at this stage would cause irreparable loss and damage to the respondent.
Whether the mark was liable for cancellation-
The Court stated that the main grounds for cancellation were based on 9,11, and 18(1) of the Act. Section 18(1) of both old and current TM Act provides that “any person claiming to be the proprietor of a trade mark” may apply for its registration. To claim proprietorship, the applicants had to establish that Gatsby was used by them since 15 years before 2003. The material question to decide the same was that whether had the respondent prior knowledge of the applicant trade mark Gatsby in 1994. The Court held there was no conclusive evidence to suggest that the respondents had prior knowledge in the voluminous averments presented by the applicants. The applicants failed to establish their case beyond reasonable doubt. Moreover, the details and exhaustive explanation for adoption of Gatsby by the respondent appeared to be reasonably justified and convincing to the Court. Applying for a licence with the FDA was an indication of bona fide intention to use the mark. It stated that the question of looking into objections under Section 9 and 11 only arises if a prima facie case to remove the impugned mark has been made out, which the applicants failed at. The filing of TM-58 form by the applicants was mala fide.
Thus, the petition was dismissed.
The Court also expressed its disapproval of the Registry’s outdated method of checking similarity of marks. It held that the veracity of claims to the proprietorship of marks must also be checked at the Examination and Show Cause Stage itself through a proper internet search to eliminate suspicious of copying someone else trade mark not in the register, with an objective to foster a robust trademark protection regime in India.