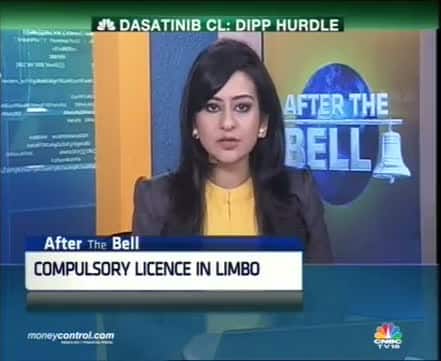 News reports indicate that the Government has been treading carefully regarding decisions to compulsorily licence drugs. This is in the wake of severe criticism of the Indian IP regime from Big Pharma and a few first world countries, most notably the US. As per the report, the Government was considering granting compulsory licence to three drugs, and ultimately the decision boiled down to one drug- Dasatinib. Dasatinib is the cancer drug for which BDR Pharma’s application for a compulsory licence was rejected by the Indian Patent Office last year (on technical reasons). The drug is used to cure a type of cancer of the white blood cells and Bristol Myers Squibb (BMS) holds a patent for the same.

Our readers may be aware that a compulsory licence can be granted by filing an application with the Indian Patent Office, subject to fulfillment of certain conditions (Sections 84 & 92). Additionally, a compulsory licence can also be suo motu issued by the Controller of patents pursuant to a notification by the Central/Union Government if there is a “national emergency” or “extreme urgency” or in case of “public non-commercial use”( public health crisis for instance). Section 92 of the Patents Act, 1970 vests this power with the Central Government.

This report states that the Health Ministry intended to compulsorily licence Dasatinib and had written to the Ministry of Industry and Commerce for the same. The Department of Industrial Policy and Promotion (DIPP) responded by stating that “the kind of data and information provided by the health ministry was not enough to produce or grant a compulsory licence for Dasatinib”. According to DIPP, the use of Section 92 was impermissible since the provision allowed licensing in the specific circumstances – which were not prevailing in the country presently. With regard to the Health Ministry’s interest in wielding Section 84 on grounds of non-affordability of the drug, it was advised that the provision specifically empowered the Indian Patent Office to grant a licence upon receiving an application, and did not authorise the Government to issue one. The incumbent government’s enthusiasm to implement public welfare programmes has also been attributed to the impending General Elections.

Section 92 being an untested provision in the Indian patents regime, it is best if this law is applied with due consideration to the listed grounds. It is evident from the provision that such licence may be granted only in certain exigencies, namely circumstances involving “national emergency” or “extreme urgency” or “public non-commercial use”. Evidently, mere grounds of unavailability and un-affordability do not satisfy invoking the provision. Section 84 seems the appropriate route to grant a compulsory licence on such grounds. However, if the Government directs the licensee to permit sales at manufacturing cost, it may be construed as “public non-commercial use” under section 92.  An excellent post by J Sai Deepak from The Demanding Mistress examines Section 92 and cautions against the frivolous use of the same.

Further, whilst it is apparent that the Ministry of Commerce and Industry is abiding by the letter of the law, its head Anand Sharma recently accused US of trade protectionism. This was in reply to allegations by the USTR that Indian laws are prejudicial and discriminatory against US pharmaceutical companies.  Interestingly, when Mr. Sharma was questioned about the Health Ministry’s proposal to compulsorily licence Dasatinib, he denied receiving any such proposal. This response was after the Press reported about the Health Ministry’s moves on the proposal. He however added that the Ministry would be open to accept the formal recommendations of the Health Ministry within the ambit of India’s international commitments and obligations.