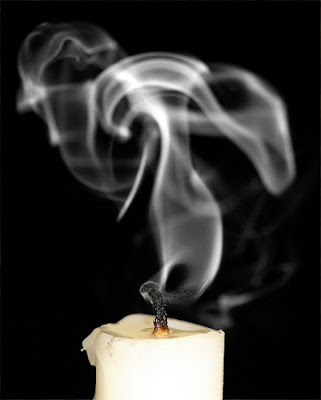 I used to think ‒ ‘he said, she said’ ‒ the classic ‘blame game’ rooted in miscommunication ‒ was the exclusive domain of love stories of 20 year olds. Apparently not. This blame game seems to have transcended from whimsical love stories to graver issues of patents.

I was reading ‘IP Expressions’ and it is clear that payment of fees by the patentee, to keep his patent alive, has been around for eons! But this seemingly harmless administrative procedure has grave consequences: non payment can result in the extinguishment of a property right (the patent ceases to have effect). Why then do people not pay these fees on time? The answer, at least in this particular case, lies in miscommunication and the blame game.

Once a patent lapses, due to non payment of fees, the patentee has an option to restore his patent. But he usually faces an opposition where he must prove that non payment was unintentional. It here that the blame game begins! Usually, the patent attorney is blamed (and many times correctly so here ) but in this case, it seems as if the patentee has only himself to blame! (order)

Patent No. 222772 was granted to Dextra Asia Co. Ltd. (Thailand) in 2008. The patentee paid renewal fees from the 3rd to the 6th year. However, due to failure to pay renewals fees for the 7th year, the patent lapsed on May 27, 2010. Thereafter, the patentee filed Form 15, for restoration of its patent.

In its application for restoration, the patentee claimed that the due date for the 7th annuity was May 27, 2010. In April, Remfry & Sagar (their then patent attorneys) had reminded them of the approaching deadline. Upon receiving this reminder, the patentee claims to have instructed Remfry and Sagar to proceed with the payment of the 7th annuity. However, later it was found that this payment had not been made and hence the patent lapsed. Therefore, they filed an application for restoration of the patent.

During opposition proceedings (after the application for restoration was published), the patentee changed their story by stating that the reminder sent by their attorney (Remfry & Sagar) did not reach them, therefore the patent lapsed. They said that Remfry and Sagar, instead of sending them a customary email, sent them the reminder through ordinary mail (post) to their India office. Since their India office played no role in giving instructions etc in cases of patents, the communication as incomplete as it did not reach the patentee in their Thailand office. The patentee came to know of the above reminder letter only after the patent lapsed. Therefore, they contended that there had been a miscommunication and non payment was hence unintentional.

It was observed that the patentee was making inconsistent statements in a bid to implicate their patent attorneys for the lapse of their patent. While in Form 15 they admitted that the attorney reminded them to pay the annuity, in the opposition proceedings they argued that this reminder never even reached them. Moreover, from the documents filed, it became evident that a Power of Attorney dated 15th February, 2010 was executed by Dextra Asia Co. Ltd. (India) in favour of Ranjan Narula & Associates in respect of Patent No. 222772. The said Power of Attorney was with respect to all matters and proceedings before the Controller of Patents in connection with or incidental to the said Patent No. 222772 including the opposition proceedings. Therefore, on May 27, 2010 (the last date for paying the renewal fee for the 7th year) Remfry and Sagar were in fact not their attorneys and were in no way responsible for the lapse of the patent. This showed that non payment of fees was not unintentional. The Patentee was also held guilty of concealment and suppression of facts and for making false claims regarding the validity of its patent. As revealed during the opposition, the patentee had falsely represented, by an email dated June 21, 2012, to Mr. Ranjan Kataria of Delhi Metro Rail Corporation (DMRC), that ‘their Patent is valid till 2024’ even though the patent in question had been ceased to have effect on May 27, 2010.

In light of these facts, the assistant controller refused to restore the patent in question.