On April 2013, Glenmark launched the generic version of Merck’s popular antidiabetic drug Januvia (Sitagliptin) and Janumet (combination of sitagliptin and Metformin). Subsequently Merck filed a suit against Glenmark seeking interim relief. The Delhi HC (Justice Rajiv Sahai Endlaw) denied interim relief to Merck. After denial of interim relief, Merck was also briefly engaged in mediation with Glenmark over the Januvia patent. Readers may recall that we had blogged about it here here and here. Aggrieved by the denial of interim relief Merck also filed an appeal, seeking injunction.The Delhi High court division bench granted the interim injunction. This post aims to analyze the interim injunction order. IN209816 (product patent claiming Sitagliptin) is the subject of the present suit.(Long post warning*) 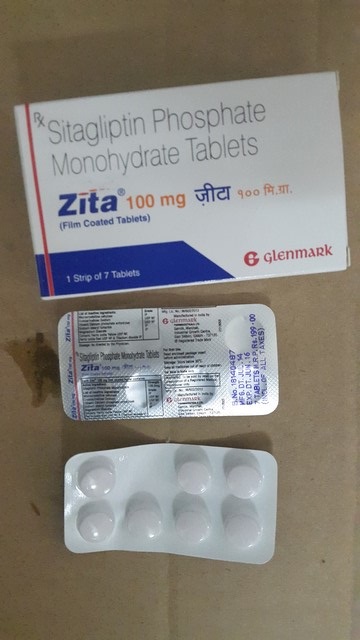 Glenmark alleges that the patent is invalid under Section 64(1) of the Indian patents act:

The patent is lacks inventive step over prior art, patent. Glenmark further alleged that the suit patent is a “cut and paste job” from these two patents, specifically European Patent 1406622 and WO2001034594 A1.

The claim goes much beyond the limited disclosures in the specification, and thus the claim is over-broad or an impermissible Markush claim that creates a false monopoly.

Glenmark alleges that Merck did not comply with its obligation under Section 8 of the act to disclose patent applications made for the “same or substantially the same invention”. It was alleged that Merck did not disclose 5948/DELNP/2005 (for Sitagliptin Phosphate Monohydrate), 1130/DELNP/2006 (Sitagliptin Phosphate Anhydrate), 2710/DELNP/2008 (Sitagliptin plus Metformin) or subsequent international applications for these compounds either.

I wonder; where does one draw the line for Section 8 disclosure? What amounts to “disclosure of same or substantially same inventions” is a grey area! In my opinion 5948/DELNP/2005, 2710/DELNP/2008,1130/DELNP/2006 and their foreign equivalents are subject matters of separate patents and are not divisionals and do not claim priority from the original product patent IN209816.If section 8 requires one to disclose all related applications in the relevant arena – this is a separate patent landscape project in itself.

In an exceedingly well reasoned judgement the Division bench (Justice Ravindra Bhat and Justice Najwi Wazir) of the Delhi High court made the following observations:

Regarding prior art the court notes that irrespective of whether the two patents are similar or not, EP 1406622 was published on after the priority date for the suit patent, and therefore does not qualify as prior art.

Regarding industrial applicability, the court rightly observed that while the patent claims disclose the Sitagliptin free base, the description relating to the issue of industrial applicability recognizes that the Sitagliptin free base will be attached to some carrier (salt form). That carrier, however, is NOT the crux of the invention but only an inert component that does not add value to the therapeutic or medical value, which is the true core of the invention. It would be a far cry to hold that Sitagliptin is useless for any known purpose. The Court also noted that Sitagliptin was not known before, and its introduction allows for the inhibition of the DPP IV enzyme in such a manner as previously unknown, whether through one inert carrier or another.

Regarding Markush claims, , for the limited issue in these interim hearings the Court notes that the Markush formula and all combinations “share a common use or property” and “ share common structure factors relevant to determine the validity of a Markush patent, as per the Draft Guidelines of Indian patent office. The court opined that whilst it may be appealing at first blush to limit a pharmaceutical patent only to the exact and precise compounds and chemical structures disclosed, that may render genuine medical inventions to naught.

Regarding Section 8 (foreign filing disclosures) the court observed that Merck in the modified Form 3, disclosed foreign filings for patent related to combinations of Sitagliptin and metformin. The Court further stated that Section 8 only mandates the disclosure of patent applications outside India and not within. This is clear from the wording of Section 8 itself.

The court also frowned upon Glenmark’s at risk launch and observed that the fact that Glenmark did not utilize the opposition mechanisms weighed in favour of grant of interim injunction.

The court carefully and meticulously evaluated the three factors involved in grant of interim injunctions.

Prima facie case: The court succinctly captured the crux of the case and noted that Merck had established a strong prima facie case on the merits of the suit claim. It is established that Glenmark uses Sitagliptin free base as the active component in its chemical formulation. The court was totally unimpressed with the unsubstantiated argument advanced by Glenmark that their generic version uses Sitagliptin Phosphate monohydrate, which is manufactured directly without using the Sitagliptin free base. The court further stated that the fact that Merck unsuccessfully pursued a separate patent for Sitagliptin Phosphate is irrelevant .Thus; prima facie infringement of Merck’s patent is established, in the opinion of this Court.

Irreparable injury: Whether the claimant would suffer irreparable injury in the absence of interim injunction?- It may be argued that no injunction should be granted since all damages from loss of sales can be compensated monetarily ultimately. For this argument – the court countered that, prices may not recover after the patentee ultimately prevails, even if it is able to survive the financial setback (or “hit”) during the interim, which may take some time. The victory for the patentee therefore should not be pyrrhic but real.

Balance of convenience: The court must look at the public interest in granting an injunction, as access to drugs, is an important factor especially in case of a condition as prevalent as diabetes. Here, the price difference between the commercial products sold by Glenmark and MSD is not so startling as to compel the court to infer that allowing Glenmark to sell the drug, at lower prices would result in increased access. The court observed In the Hoffman la Roche case the price differential was about 300% and therefore in that case, held that balance of convenience did not lie in favour of grant of injunction as the possibility of several thousand being denied access to the generic drug was real.

This matter promises to be an interesting one, so stay tuned for more!!

The Delhi High court order can be accessed here.