The last week witnessed the Twenty Second Session of WIPO’s Standing Committee on the Law of Patents (SCP/22) convening in Geneva. Over the course of the session, India made a couple of noteworthy statements. While it may seem that the delegation was merely reiterating India’s general outlook on IP policy, it’s crucial to note that such re-affirmations are of vital importance in fora such as the WIPO SCP.

First, on the 27th of July, Permanent Representative to the UN Ajit Kumar sketched out India’s stance on each issue on the agenda with broad brush-strokes. On the whole, his general statement echoed the remarks made by Indian delegations at the SCP in the past. 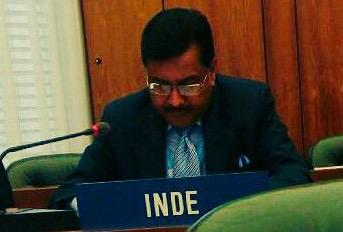 Kumar also stressed the need to study Markush formulae in patent disclosures, given that they could allow companies to patent “unreal” compounds to be discovered in the future, thus stifling innovation.

Finally, he made it clear that the issue of attorney-client privileges between patent agents and their clients was outside the SCP’s mandate. In both substance and tone, this is entirely in line with the views expressed by earlier Indian delegates – at SCP/18, for example, the then Comptroller General of Patents, Chaitanya Prasad, was unequivocal in terming any SCP intervention on attorney-client privilege as “extra-jurisdictional” and a “clear violation of the sovereign authority of a country”.

On the 28th of July, the Indian delegation made a well-reasoned and nuanced statement in the session on defining the term “inventive step”. The delegation started off by pointing out that the lack of an explicit definition for the term “inventive step” was a flexibility embedded in the TRIPS by design rather than by accident – a flexibility that each member state could utilise to maximise public welfare.

The delegation made an interesting connection between judgements from the US, UK and India analysing the definition of a “person skilled in the art” in the inventive step context. The delegation noted that the SCOTUS, in KSR v. Teleflex, recognised that a “person skilled in the art” would necessarily be a person displaying ordinary creativity (as opposed to someone who would need to be guided through the creative process). The delegation then drew a parallel to the IPAB’s jurisprudence on obviousness, which emphasizes that a person skilled in the art does not need to be guided step-by-step. Finally, the delegation analysed the policy motivations behind the inventive step criterion, stressing that any definition of a “person skilled in the art” must reconcile two opposing characteristics – obviousness (defining the PSIA as too “dumb” would lead to too many patents being granted) and technology transfer (defining the PSIA as too “smart” would lead to a reduced amount of disclosure at the filing stage, making it extremely hard for third parties to translate specifications into working technology).

The delegation concluded by emphasizing that each member state needed to utilise the flexibilities inherent in the TRIPS to straddle this line between granting monopolies to useful inventions and lubricating technology transfer.

On the whole, the last week seems to have been hugely productive for the India at Geneva, with the delegation straddling a line of its own – remaining fully consistent with earlier Indian statements to safeguard the country’s IP policy interests against competing approaches that seek to tighten TRIPS flexibilities, while simultaneously bringing new ideas (or new ways of thinking about old ideas, at the very least) to the international table. This delegation seems to have navigated that tightrope admirably – the general statement broadly encapsulates and re-affirms India’s stance on crucial debates (especially on issues such as attorney-client privilege and compulsory licensing), while the inventive step intervention furthers the country’s objectives by stressing on the fact that undefined terms in the TRIPS represent flexibilities built into the agreement by design, and that member states are well within their rights to calibrate their domestic policies within the confines of these flexibilities.

As I’ve said above, the importance of such re-affirmations in international fora cannot be understated. This is not a question of old wine in a new bottle – the bottle is just as important to the ends sought to be achieved as the wine itself. Thus, the reiteration of the same old arguments in favour of compulsory licensing is like finely aged wine, while the analysis offered by the delegation on persons skilled in the art is like a brand new bottle – a new way of packaging the idea that nothing more than domestic policy interests must inform the application of TRIPS flexibilities.

Edit: (2015-08-01 12:30 IST) We’ve just received India’s closing statement (.docx download) at SCP/22. In it, the delegation details its views on the SCP’s future program of work. Broadly, the delegation reiterates Ajit Kumar’s remarks – that it would like studies into the level of disclosure in patent filings, International Non-proprietary Names and Markush structures with respect to public health, and a discussion on the level of disclosure in the context of transfer of technology. The delegation also reiterated that attorney-client privilege discussions must be discontinued at the SCP level.