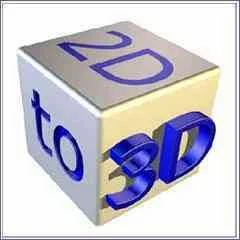 The conundrum posed by the varying protection accorded by the Designs Act, 2000 and Copyright Act, 1957 for artistic expressions, especially industrial machinery, and the attempts by litigants to strategically make use of this confusing relationship have been well documented on this blog (see for instance, here and here). A recent order passed by the Calcutta High Court brings into limelight yet another relevant player in this plot- S.52 (w) of the Copyright Act. It provides for a fair use exception in case of conversion of a 2-D artistic work to 3-D and limits even further the exclusive rights of artists over the 3-D versions of their work. This provision was introduced by way of the 2012 Amendment and is yet to feature prominently in copyright litigation post the Amendment. The significance of the above mentioned order lies in this very fact- that neither the Court nor the parties seem to really account for the applicability of this fair use exception.

Facts and the order

The order was passed on an interlocutory petition filed in the civil suit for infringement of copyright. The plaintiff had been holding a patent in respect of the disputed product for the last 10 years which had lapsed on account of non-furnishing of renewal fee. In the meanwhile, the defendant applied for a patent for the manufacture of the same/ similar product. Plaintiff averred that in seeking to manufacture the product, the defendant will be infringing its copyright on the industrial drawing, which forms the basis for the manufacture of the product.

The court rejected this contention on one ground alone- that the plaintiff had failed to prima facie establish that it has a copyright over the drawings. For starters, the plaintiff itself stated that “the industrial drawing is an original artistic work of the said Berthold Stilkerieg on which he has a copyright.” Since the plaintiff neither arraigned the copyright owner as one of the parties to the suit (section 61) nor did it furnish any proof of assignment over the copyright, court found that plaintiff had not made out any grounds for a favourable order.

While the grounds on which the order was denied appear to be cogent, the main suit itself might not pass scrutiny, even if the above conditions are fulfilled, due to the exception laid down by S.52 (w).

“the making of a three-dimensional object from a two-dimensional artistic work, such as a technical drawing, for the purposes of industrial application of any purely functional part of a useful device”

This was ostensibly introduced as a result of the numerous litigation, similar to the above one, over industrial machinery and the underlying copyright in them. In cases where machines fail to meet the tests of patentability or the claimant had failed to patent them, more often than not, claimants used to turn to the copyright protection accorded to industrial drawings under S. 2 (c). Even though this strategy has not proved to be too successful given the immediate reliance on. S.15 (2) by the defendants, the legislators have made it even tougher to get exclusive copyright protection for 3-D manifestations of artistic works with the introduction of S. 52(w).  Before examining the effect of this exception, it may be useful to refer to S. 14 (c) as well, which deals with meaning of copyright in artistic work,

(c) in the case of an artistic work,–

A conjoint reading of the above provisions would indicate that while it is the copyright owner’s exclusive right to make use of an artistic work and reproduce it in 3-D, a third party can also make use of a copyrighted industrial drawing [which falls within the category of an artistic work as per S. 2(c)] if it can be shown to fall under the S.52 (w) exception. The exception is rather narrowly worded and two things need to be proven to satisfy the requirements thereunder- 1) the conversion was in relation to a purely functional part of a useful device and 2) the conversion was effected to put it to industrial application.

A quick search tells me that there has only been one case (WARNING: the hyperlinked version is painfully difficult to navigate and comprehend; alternate citation- IPEG and Ors. v. Kay Bee Engineers, MANU/GJ/0519/2016) wherein the defendants have sought recourse to S.52(w).

The defence taken was two pronged; the first one on the ground that the article is only entitled to protection under the Designs Act and the second one being S.52 (w). The Court accepted both these grounds. Although this may be an unnecessary diversion, I feel the findings are rather untenable. This is due to the fact that as per the changed definition of   “design” under the Designs Act, 2000, an artistic work under S. 2(c) is excluded from the purview of Designs Act. And for S.52  (w) to apply, it needs to be a conversion of an artistic work into a 3-D object. So, how both these defences can hold true together is unclear to me. Nevertheless, the observation made by the Court regarding the fair use defence is relevant. The Court held that the touchstone against which S.52 (w) is to be applied is to see if the object in question is “purely functional“.

In court’s own words, “Thus, out of entire drawing, if any part
satisfied the rest of pure functionality then qua that part there would be no infringement. Any other interpretation shall held [sic] the entire copyright act nugatory and even the copyright in design shall not be available for first fifty articles to which
the design is applied, as per section- 15(2) of the Copyright Act itself.”

As per this decision, the fair use exception is narrow in scope and would not apply to an entire object reproduced from an industrial drawing. The protection shall extend only to that portion of the drawing which fulfils the test of functionality. As to what constitutes “purely functional”, the Court has referred to a specific order in Symphony Ltd v. Wim Plast. While I was not able to locate the specific order dated 5th August, 2015, an order in the same matter on 5th May deals with this functionality angle. While it does not exactly explain what amounts to “purely functional”, it tries to explain functionality by way of examples. The sum and substance of its observation was that any inclusion in an article, which is not for the purpose of visual appeal shall be considered to add to the functionality.

The presence of S.15 of the Copyright Act meant that the copyright claims over industrial machinery produced out of industrial drawings were mostly negated. As Sai Deepak notes in his post here, the rationale behind such a provision was to ensure that the articles on to which the designs are applied get only the shorter term of protection under the Designs Act as opposed to the longer one under the Copyright Act. Moreover, this was a means to ensure that innovation is not stifled under the guise of taking copyright protection. This line of thought has been taken one step further by the 2012 Amendment by way of S.52 (w).  The full effect of this provision can only be gauged once the meaning of “purely functional part of useful device” becomes clearer. Courts will have to go into a technical analysis each time to determine whether the conversion has taken place only qua the functional part or even more. Nevertheless, the provision augurs well for the general innovation ecosystem given the fact that we are witnessing increased reverse engineering even at an individual level by way of 3-D printing.