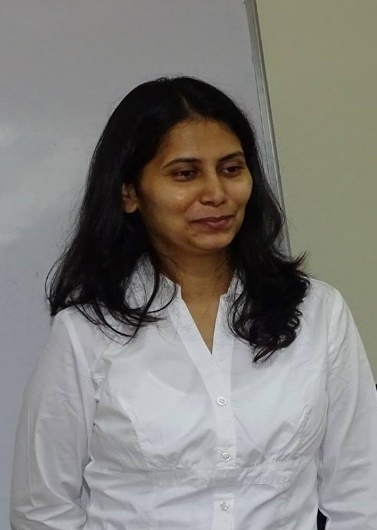 We are happy to bring to you a guest post by Noopur Goel. With over ten years of experience in IP, Noopur is a qualified Microbiologist and an ardent IP attorney by profession. Prior to gaining experience in IP, she was involved into research activities due to affection for her friendly microorganisms. She is currently associated with a reputed NCR based boutique law firm. She is regularly invited as a guest speaker by several government organizations as well as private institutions. She could be contacted at [email protected]

With effect from January 1, 2017, the 11th edition of the Nice Classification, approved by the Committee of Experts of the Nice Union in its twenty-sixth session held at Geneva in April 2016, has come into force. Thanks to the joint proposal submitted by the EUIPO, Japan, Switzerland, the United States, and WIPO – the majority of the amendments, in particular, the amendments to class headings, arose from such joint proposal – that were adopted by the Committee of Experts with minor changes.

The Nice Classification (NCL), established by a multilateral treaty – the Nice Agreement (1957), – is an international classification of goods and services applied for the registration of marks. As we know, the NCL comprises Class Headings, Explanatory Notes and an Alphabetical List of Goods and Services.

Class Headings – They indicate, in a general manner, the nature of the goods or services contained in each of the classes.

Alphabetical List – It sets out specific items of goods and services in alphabetical order, along with the appropriate class.

In short, under the Nice Classification, related goods and services are grouped together under various categories or classes, each with their own unique heading.

International trademark classification and the headings of the international trademark classes are established and continuously reviewed and revised by the Committee of Experts (CE) of the Nice Union. The CE decides on all changes in the classification, in particular, the transfer of goods and services between various classes, the updating of the alphabetical list and the introduction of necessary explanatory notes. A new version of the NCL is published by WIPO annually while a new edition is published every five years.

The adoption of the 11th edition of the NCL is of utmost importance for the classification of all trademark applications filed January 1, 2017 onwards. The trademark owners will now benefit from amendments to fifteen (15) class headings, modifications to explanatory notes for seven (7) classes and the addition of three hundred and thirty-four (334) new terms.

It is interesting to note that the amendments, modifications and inclusions – all appear to resonate with today’s modern life as well as the technology advancement. The modifications and new entries have been published by WIPO on its website under Annex III, with remarks and sample product images. The publication can be found here.

Most scrumptious modification for those adventurous foodies has been effected to Classes 29 and 31 by including ‘escamoles’ (prepared edible ant larvae) and ‘edible insects’ – Kudos to Mexican and French suggestions.

A few proposals which could not obtain consensus of the required majority are:

With an intention to attract foreign investments, innovators and inventors and in order to compete with the best in the world, most countries of the world align their practices with international standards by following the Nice Classification. In keeping therewith, several countries including inter alia Argentina, Australia, China, the European Union, Singapore, and the United States, have already informed of their adoption of the 11th edition of the NCL with effect from January 1, 2017.

As for the six GCC countries, Bahrain, Oman, Saudi Arabia and the UAE which have adopted the 10th edition of the NCL, could be expected eventually to adopt the 11th edition. Kuwait is in process of moving from the 8th to the 10th edition with effect from January 1, 2017 while Qatar still adopts the 7th edition – with no information on a move towards the latest edition.

Note: “Changes” to the NCL consist of adding/deleting goods and services to or from the alphabetical list of terms, as well as modifying the wording of individual goods and services, class headings and corresponding explanatory notes.

“Amendments” generally refer to any transfer of goods or services from one class to another, or the creation of new classes.