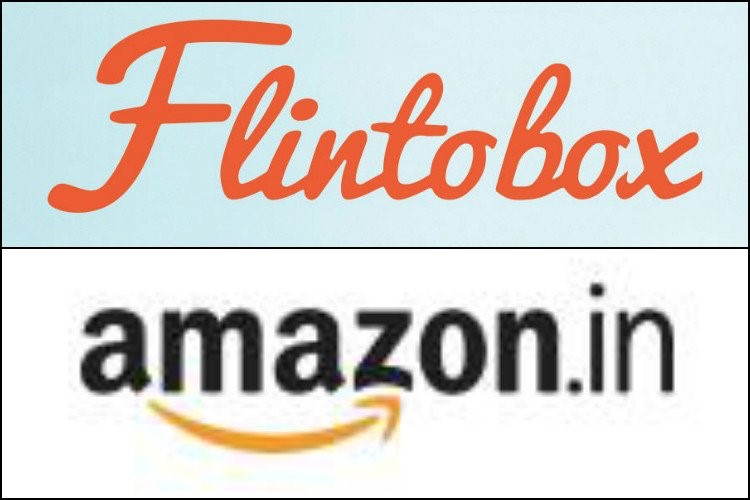 Flintobox, a Chennai-based startup that focuses on child development, is a name that has been buzzing around the news recently. On the 19th of December, 2016, Arunprasad Durairaj, one of the founders of Flintobox, uploaded a blog post that turned into a social media campaign within a couple of days. He shared their conflict with Amazon and Google with regard to Amazon’s use of adwords that mirrored Flintobox’s registered trademark. Such use resulted in directing away traffic that was presumably meant for Flintobox.

The situation as it stands is that Amazon agreed to ‘pause’ all advertisements that mentioned the Flintobox brand, or variations of the same. However, a search for ‘Flintobox’ on Amazon still brings up unrelated products. Through this post, I look into the Google Adwords Policy, as well as examine whether the Amazon search results constitute trademark infringement.

It started when they noticed that the first advertisements that came up on google searches* of ‘flintobox’ and ‘flinto box’ were advertisements at Amazon India. The links lead to a list of unrelated products on Amazon, even though they were listed under the keyword ‘flintobox’: 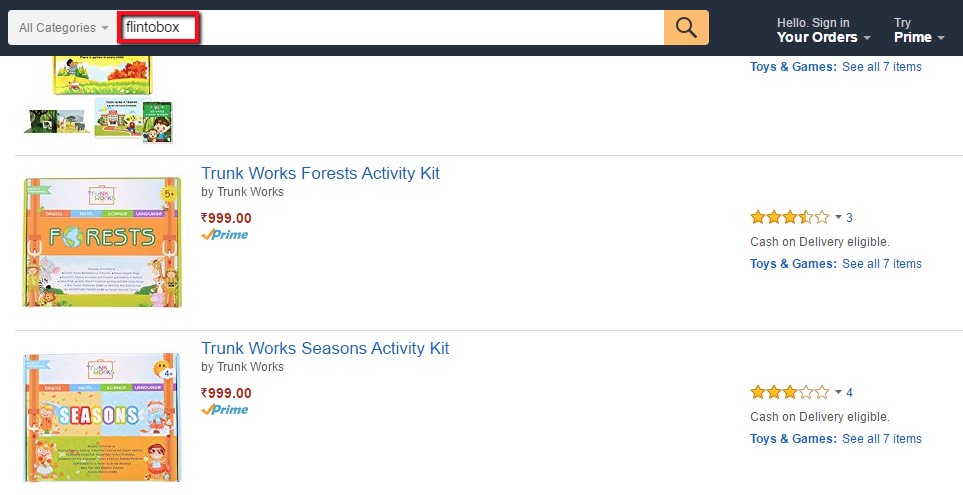 His post goes on to detail correspondence between Flintobox, Amazon and Google. While they received template responses from Amazon, Google removed the misleading advertisement under ‘Flintobox’ on submission of the trademark documents.  They however refused to do so for ‘Flinto box’:

When they contacted Amazon, they received a verbatim template response, which prompted them to turn to social media. It took them 5 months of correspondence, along with a social media outburst – mainly centred on twitter – but Amazon finally responded through a four part tweet. They assured Flintobox that all ‘ads mentioning the Flintobox brand and variations of the same’ had been paused. Flintobox, has since then, reportedly filed a legal notice against Amazon for “deceitful diversion” under Trademark Law and the Google Adword Policy for damages of ISD 10 lakh.

A few issues that need to be looked into are as follows:

We have previously blogged on Google’s adword policy, but do read J. Sai Deepak’s post for some initial understanding. The Cosim as well as the OkTaTaByeBye disputes dealt with the use of trademarked keywords to misdirect internet traffic. The Supreme Court in the 2012 Cosim order ruled in a manner similar to the High Court of Justice of England and Wales 2013 Marks & Spencer/Interflora decision: that the proprietor of a trademark is entitled to prevent a competitor from advertising using a keyword identical to a trademark.

Google’s ad policy is slightly strange: While the use of trademarks in ad text is restricted, Google doesn’t investigate or restrict the selection of trademarks as keywords, even if a trademark complaint is made.  They shift the responsibility of regulating keywords and content to the advertisers, and encourage trademark owners to resolve their disputes directly with advertisers. They however, do have in place a Trademark Troubleshooter for the submission of complaints. The India specific Google Adwords Terms and Conditions are relevant as well.

In their section on prohibited content, dishonest behaviour, and in particular – “services designed to artificially inflate ad or website traffic” are prohibited. Counterfeit products that contain a trademark or logo that is identical or substantially indistinguishable from the trademark of another are also not allowed to be promoted. Google inter alia classifies “abuse of the ad network” and misrepresentation as prohibited practices; and their restricted content includes the use of trademarks in AdWords text. However, trademarked terms can be restricted in ads only if a valid complaint is submitted to Google. If Google’s policies are violated, the ads in question may be disapproved, or the site/account may be suspended. In any event, on prima facie reading, it would seem that the (now paused) Amazon advertisements for Flintobox products would have been against Google’s Adword Policy.

One of the replies from Amazon stated that their automated systems picked keywords based on what users searched and bought, and that they followed all copyright and trademark policies. On some basic reading, this appears to be true – If enough customers search for keyword X and then look for, or purchase keyword Y, future customers who search for X may receive search results including Y, even if the two are not related. The problem with this mechanism is that it could lead to possible manipulation by sellers to bring up false results, or perhaps to situations such as the case at hand – even without deceit.

Just last year, in US, Amazon lost a Federal Court Appeal in a case very similar to the one at hand. Multi Time Machine (MTM), a watch manufacturing company had much the same issue: that searches for their trademarked “Special Ops watch” brought up unrelated products on Amazon, which lead to them losing internet traffic, and hence business. To determine whether the unrelated products listed on Amazon under the search term of “special ops watch” constituted trademark infringement, the Court examined whether Amazon was using MTM’s trademark “in commerce”, and whether there was any likelihood of confusion. Focusing on five Sleekcraft factors: strength of mark, similarity of goods, the Defendant’s intent, actual confusion caused, and degree of care taken – the Court concluded that the matter had to be determined on material fact and remanded the case back to the District Court.

This case throws up two interesting issues: first, with regard to possible trademark infringement by Amazon in the unrelated results that come up when ‘Flintobox’ is searched for on the site; and second, with regard to the use of ‘Flinto [space] box’ to misdirect traffic.

While the latter issue is quite straightforward, the first is more complicated. The mere insertion of a space between the words ‘flinto’ and ‘box’ does not alter the mark in a notable manner. The use of ‘flinto box’ is likely to cause confusion on part of the public, and likely to have an association with the registered mark of ‘flintobox’ even from the point of view of a man of average intelligence and imperfect recollection, as was expounded in Corn Products Refining v. Shangrila Food Products Ltd. by the Supreme Court in 1959.

As for the first issue – similar to the factors considered in the MTM case, Amazon’s alleged use of ‘Flintobox’ in the course of trade, as well as the likelihood of confusion between Flintobox’s products and the products displayed on the search results of ‘Flintobox’ on Amazon is to be proved. Since Indian Courts are yet to see a similar case, this controversy will be an interesting one to follow.

We have seen similar complaints of big fish using their resources to dominate the smaller players in the market: for example, Flipkart and Ola are seeking protectionist measures against Amazon and Uber for dumping capital to buy customers to become monopolies in the country. Flintobox isn’t the first company to accuse these giants of misdirecting traffic, and they won’t be the last. This however doesn’t seem to be the end of Amazon India’s troubles in the country, with the Minister of External Affairs Sushma Swaraj threatening to stop the issue of, as well as revoke visas issued to Amazon employees should their Canadian website not stop the sale of doormats bearing the Indian flag. As per media reports, Amazon Canada complied with her request.

*Another amusing IP tidbit – Google has been protesting against the use of its trademark ‘Google’ as a verb. Fearing trademark genericide, they send out letters that detail the (slightly hilarious) ‘appropriate’ use of the trademark:

“Appropriate: I ran a Google search to check out that guy from the party.

Inappropriate: I googled that hottie.”