Advertisements are made for one simple reason: to portray the product in question in a good light and make it appealing and irresistible for prospective customers. Where profit is the only motive, there is no place for cold hard facts or objective truths. Whether we believe that soup powders have “the goodness of real vegetables” or that a certain telecom brand can unilaterally solve our country’s problems, we can only point fingers at advertisements for our mistaken beliefs.

Advertisements have thus been criticized for imparting falsified information, disparaging other brands in favour of its own products, and misleading the public. In recent times, another type of advertisement has come up, known as surrogate advertisement. It involves promoting other products of the same brand, or promoting the brand image in general, while subtly reminding people of the actual product intended for sale. These are also known as indirect advertisements or trademark diversification. 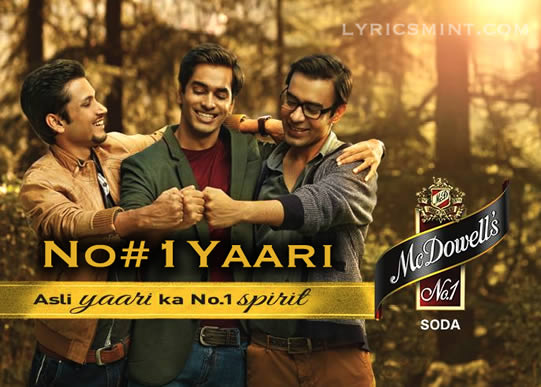 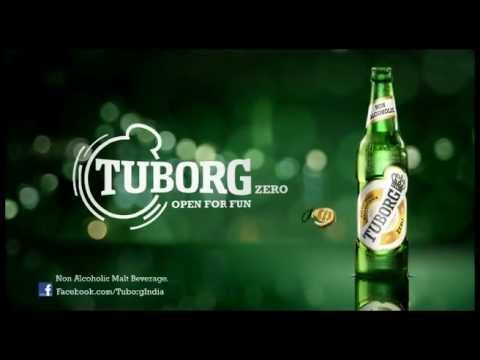 Let’s take a look at some examples. Tuborg promotes its product, Tuborg Zero (watch ad here) because it is not an alcoholic product. In doing so, it associates its brand with enjoyment using the tagline “Open for Fun”. The party visuals further establish the “youth oriented” image of the brand. Another example is McDowell’s No. 1 Soda, (watch ad here) which plays on the themes of friendship and brotherhood. While the content of this advertisement is admirable for its sensitivity towards the differently abled, it also masterfully manipulates its viewers into associating the brand name with true friendship or yaari. The tagline “Celebrate Responsibly” points towards the fact that it’s not really soda that’s for sale here.

The recent controversy involving Pierce Brosnan is a fine example. The caption for this advertisement reads “Class never goes out of style”. It is in line with the brand’s previous tagline ‘Pehchan Kamyabi Ki‘ (the mark of success). The intention is to associate the consumption of pan masala with sophistication, style and success. Here, even though the specific product being endorsed did not contain tobacco, Pan Bahar’s best-selling products do contain tobacco. This led to trolling and criticism of Brosnan, who claimed that he was cheated into endorsing a carcinogenic product. Read our previous post on this issue here. 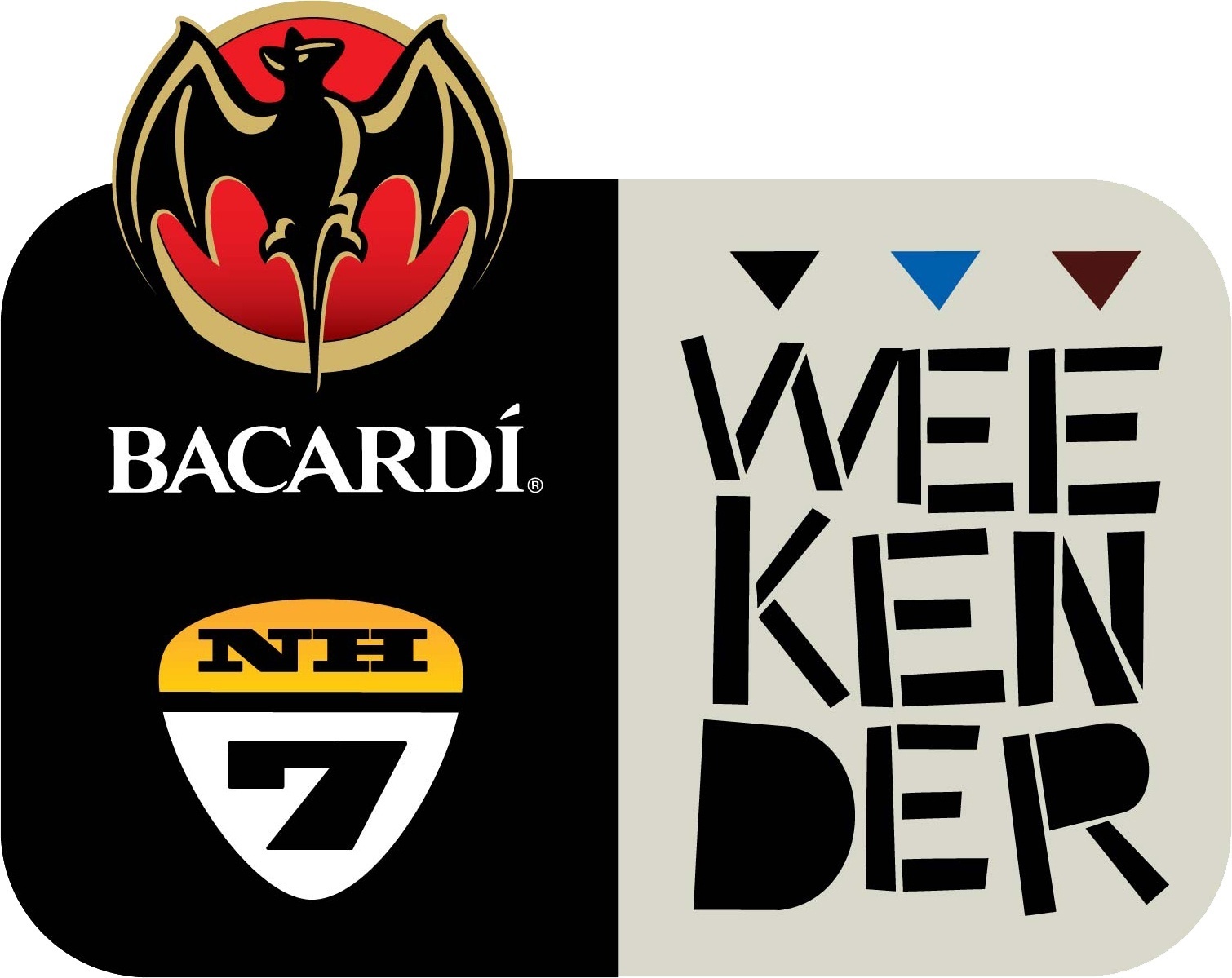 Let us now look at the laws prohibiting these advertisements. The Cigarettes and Other Tobacco Products (Prohibition of Advertisement and Regulation of Trade and Commerce, Production, Supply and Distribution) Act, 2003 [“COTPA”], in Section 5 states that advertisements which directly or indirectly suggest or promote the use of tobacco products are prohibited. This section even goes as far as prohibiting agreements to promote a trade mark or a brand name of cigarettes or any other tobacco product in exchange for a sponsorship, gift or prize. We can clearly see the loophole here, as this provision is not patently applicable to pan masala brands. Pan masala has two variations, the first is with areca nuts or betel nuts and other herbs and spices, referred to simply as pan masala. This is a popular mouth freshener in India. The other tobacco-containing variant is commonly known as gutka. Thus, the non-tobacco version is often used as a surrogate to advertise the more popular gutka.

In 2015, a Draft Bill was introduced by Union Health Minister JP Nadda to amend the COTPA. The primary purpose of this Bill was to introduce plain packaging in India.This Bill proposed the addition of a new sub-section to define the term “indirectly advertise” to include the use of a name or brand of tobacco products for marketing, promoting or advertising other goods, services or events. Further, indirect advertising under this proposed provision included the marketing of tobacco products with the aid of a brand name or trademark which is known as, or in use as, a name or brand for other goods and service. It even goes to the extent of prohibiting the use of particular colours or layouts associated with tobacco products. This Bill proposed entirely banning the use of trademark for tobacco companies, making surrogate advertisements for tobacco products virtually impossible. This Bill was introduced in the public to seek suggestions from the public as part of the pre-legislative process. Despite receiving over 2,000 views from the public, the Parliamentary Standing Committee proposed that the mandatory 85% pictorial warning on the packaging of tobacco products be reduced to 50%. This Bill has not seen the light of day since.

The Cable Network Television Rules 1994 provide the dos and don’ts of television broadcasting. Under Rule 7(viii), no advertisement which promotes directly or indirectly the production, sale or consumption of tobacco products, alcohol, or other intoxicants shall be permitted. However, the proviso to this rule states that a product that uses a brand name or logo, which is also used for cigarettes, tobacco products, alcohol etc., may be advertised on television subject to the conditions that the advertisement must portray only the product being advertised and not the prohibited products in any form of manner. The advertisement must not use situations typical for promotion of prohibited products when advertising the other products. Further, it states that all such advertisements found to be genuine brand extensions by the Ministry of Information and Broadcasting shall be previewed and certified by the Central Board of Film Certification as suitable for unrestricted public exhibition. 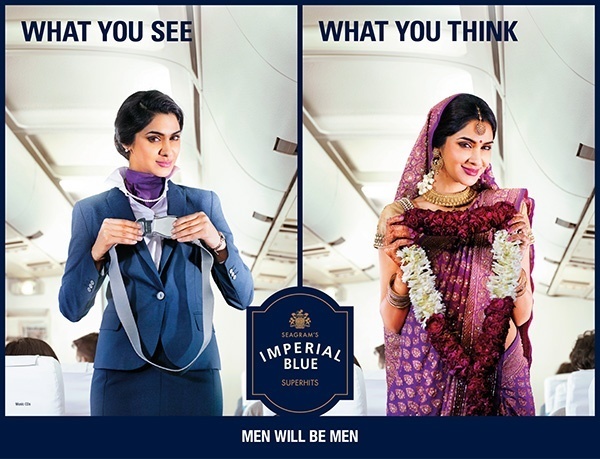 Here, we can easily see how this provision is a contradiction unto itself. On the one hand, it states that prohibited products may not be advertised, directly or indirectly; whereas on the other hand, it patently allows for surrogate advertising and “genuine brand extensions”. This is the loophole exploited by tobacco/liquor companies to promote their products via surrogate advertising. In the name of “genuine brand extensions”, allied products (such as sodas) are advertised as a surrogate. Many times, music CDs produced by the liquor brands are advertised as surrogates. These advertisements have absolutely nothing to do with actually selling the CDs (I’m not even sure if they exist!). For example, Seagram’s sexist “Men will be Men” campaign glorifies negative stereotypes on what masculinity means and is meant to advertise “CDs” without even giving us a glimpse into the music (watch here and here).

It must be noted that there are absolutely no statutory limitations of the advertisement of supari or areca nuts under any Indian law. These nuts were proved to be carcinogenic in 2003 as their consumption can cause oral cancer. Unsurprisingly, India is the largest producer and consumer of areca nuts (betel nuts). This loophole is also used by Pan Masala companies who use supari products as surrogates for their tobacco laden pan masalas.

In the next part, I shall discuss the response of the judiciary and the trademark issues involved in surrogate advertising.