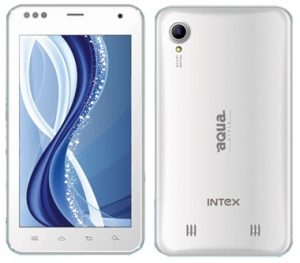 We are pleased to bring to you a two-part guest post by our Fellowship applicant Sreyoshi Guha.  Sreyoshi is a 4th year student at Symbiosis Law School, Pune. This is her first submission for the Fellowship.

December 24, 2016 might have been an ordinary day for most of us. It was also, however, the day when AZ Tech served mobile phone giant Intex with an interim injunction against using its trademark ‘Aqua’. I will even go ahead and say that it had achieved the impossible. It had gone to the Delhi High Court and won an interim injunction in an action of passing off – usually an extremely difficult task for a smaller company with limited resources and market share.

While this was covered extensively by SpicyIP here and here, we might have rejoiced too soon. Come March 10, 2017, the Division Bench reversed the order of the Single Judge and status quo in the Indian trademark jurisprudence was seemingly restored. The Bench considered more or less the same arguments and contentions as put forth before the Single Judge. What followed was an elaborate, nuanced, and potentially landmark judgment. In an attempt to analyse the same, I have followed the format adopted by the court. The analysis is divided into the four primary issues covered by the court: (a) goodwill as an essential of passing off; (b) added matter (c) delay and balance of convenience and finally (d) ‘unclean hands’ and injunctive relief. While the first issue will be covered in Part I, the other three will be covered in Part II of this post.

The essential of ‘goodwill’ in the tort of passing off

The Appellants (Intex) began with the contention that no case in passing off can be made out without establishing the revered trinity of goodwill/reputation, misrepresentation and damage to the plaintiff’s trade. They further submitted that such reputation/goodwill of a mark can be successfully established through the volume of sales and advertisements. They also brought to the notice of the court that the relevant date for proving such reputation or goodwill of the mark was the date on which the alleged infringing activity began. To that effect, they contended that all the sales and advertising evidenced in court by the respondents were in fact dated February, 2014 whereas the relevant date was in 2012 when the appellants launched their product. There was nothing on record to prove existing prior use as of that date.

This was duly rebutted by the Respondents (AZ Tech) by stating that their VAT statements, domain name registrations, etc evidenced prior use from as far back as 2009. Further, registration for the same mark had been applied for in India as far back as in 2012. Relying on several case law, the Respondents reiterated that prior use can be evidenced even by a single actual use with the intent to continue such use, instead of a continuous use over a period of time.

The Court’s reasoning of this issue can fairly be termed as the most interesting part of the judgment. Taking a dynamically opposite view than that of the Single Judge, it observed that in an action of passing off – the property to be protected by the court lies in the goodwill earned by the plaintiff’s trade. Single use or short use may establish proprietorship of the mark concerned but cannot evidence goodwill earned by the mark. On perusal of some available jurisprudence in this regard, it appears that cases like Satyam Infotech v. Sifynet Solutions and Uniply industries v. Unicorn Plywood cushion the stance taken by the Bench.

Where this dictum gets slightly murky, according to me, is the distinction between goodwill and reputation, as clarified by the Bench. The Court observed that this goodwill is different from reputation, in that goodwill is territorial and depends largely on the relationship between the consumer and the trader. For example, the popular brand ‘Walmart’ from the US may have a reputation in India, but would not have goodwill in India. This is difficult for Indian jurisprudence, which boasts of countless judgments that hold trademark law to be one that protects both reputation and goodwill, if not either one in isolation. While it is true that both are not the same thing, using this distinction as one of the reasons to eventually reject AZ Tech an injunction may not have been correct. This is especially so in a context where Indian Courts are blurring this distinction farther with the application of trans-border reputation. Examples include the 2014 Groupon case where a single judge of the Delhi High Court upheld a 1995 Division Bench ratio that goodwill in the present day scenario may not be purely territorial. The case of Eaton Corporation & Anr. v. ECH Limited has also highlighted several cases making a departure from the famous Budweiser case distinction of goodwill and reputation. It is thus clear that Indian jurisprudence recognises trans-border reputation and spillage of goodwill into a hitherto unfamiliar domain due to the prowess of the internet.

The logical offshoot of this would then be, has goodwill been established in the present case? Despite the available domain name (www.aqua-mobiles.com), a large number of invoice receipts, Facebook & Youtube pages, reputation of the mark in Hong Kong, and coverage of the handset in several websites in India, the Division Bench took a view opposite to that of the single judge.

It is true that for an interim injunction to be granted, a strong prima facie case has to be made out. Interestingly, the court reasoned that goodwill in India could only be established through sales and market in India itself. And in a factual context where all of the above is contested by the appellants, there had been no prima facie case made out in favour of an injunction. Even so, the ‘goodwill v. reputation’ reasoning of the court, ignoring the effects of trans-border reputation, is shaky to say the least. Further treating that as the key ingredient that weakens the prima facie case against the respondents could become wholly dangerous for the smaller players in the Indian market.