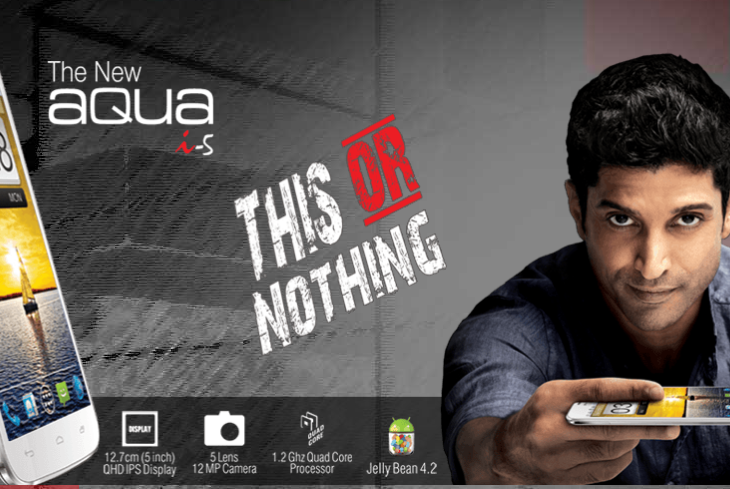 In Part I of her post on the Delhi HC’s recent judgment in the Intex v. AZ Tech case, our Fellowship applicant Sreyoshi Guha dealt with the issue of goodwill as an essential of passing off. In this Part, she deals with the remaining issues of the case.

In this part, I deal with the remaining contentions and the reasoning of the Court to that effect. As in Part I, each of the contentions are taken apart from both sides and the ratio of court analysed in conjunction with the existing jurisprudential trends.

What of ‘Added Matter’ in Cases of Deceptive Similarity?

The next contention of the Appellants was that in the present case, the ‘added matter’ in terms of the ‘Intex’ logo was sufficient to distinguish the two marks. This was vehemently opposed by the Respondents through the arguments of ‘initial confusion’ and ‘reverse confusion’. Initial confusion is when confusion exists prior to the purchase but dissipates at the point of such purchase. Reverse confusion is a situation when the new user of the mark, (i.e. the so called big fish/Intex), uses a higher marketing and advertising power to saturate the market in such a way that consumers confuse the prior user’s goods as belonging to the new user.

Needless to say, the Division Bench was not impressed by the nuanced ‘reverse confusion’ argument. It reviewed the packaging of the phones and relying on the ratio laid down in Kaviraj Pandit Durga Dutt v. Novaratna Pharmaceuticals, held that the added matter ‘Intex’ to the mark ‘Aqua’ was sufficient as a distinguishing feature. This, according to the Bench, dispelled any and all confusion (including both initial and reverse confusion) that could arise through independent use of the two marks.

It could be argued that the ‘added matter’ test is conditional upon the type of consumer base that the product caters to. In Cadila Health Care v. Cadila Pharmaceuticals, the Supreme Court followed the Durga Dutt ratio but also reiterated that the average consumer base in India often consists of illiterate people with a limited knowledge of English. With an economic context such that now allows most of the sub-urban/semi-urban Indian populations to have a purchasing power enough to buy both types of the ‘AQUA’ phones, the problem of ‘reverse confusion’ or ‘initial confusion’ may very well hold good – with the added matter ‘Intex’ being insufficient in this regard.

The appellants then raised the question of inordinate delay (amounting to about fourteen months) in filing the suit. During this period, the sales and advertisements of the appellants had grown considerably and therefore an injunction would prejudice the trade of the appellant in such a way that the balance of convenience would definitely tilt in their favour. The Court whole-heartedly agreed.

While dealing with the issue of delay in a trademark violation suit, it has been the tendency of the courts to reiterate that what matters in such a case is the interest of the public. There are cases that allow injunctions even in cases of inordinate delay in order to protect the interests of the public – who would be prejudiced due to the extensive dishonest use of the infringing mark. There are others which hold acquiescence as a facet of inordinate delay, and in extension as a defense to the grant of injunction. In the present case, the Division Bench seemed to be more convinced with the latter, upheld the ratio laid down in Power Control Alliance & Ors. v. Sumeet Machines. It held that laying by, and allowing the appellants to invest in advertising and sales tilted the balance of convenience in their favour and disentitled the respondents from acquiring an injunction.

It is well known that a relief in equity cannot be claimed if the plaintiff himself is of unclean hands. Playing this card well into its contentions, the appellants highlighted that the Respondents had changed their mark substantially from when it had begun in 2009 into one that imitated the mark adopted by the appellants. This change had also interestingly taken place during the pendency of the suit of trademark violation. They also highlighted the respondents’ blatant use of the ® symbol, despite the AQUA mark not being registered and the use of shoddy invoice receipts as evidence.

Dissatisfied by the rebuttals of the respondents to the above arguments, the Court refused to agree with the single judge, that mere proprietorship of the mark allowed AZ Tech to change the mark in whichever way it liked. The fact that the shape and colour of the mark was changed during the pendency of the suit to exactly resemble that of the appellants was enough to shroud the case of the respondents in doubt. This seems to be the correct application of the law of trademarks, where the application of a particular colour scheme to a mark is instrumental to it, especially in the eyes of the layman observer. It is one of the most important contributors to the distinctive identity conveyed by the mark. According to the Bench, this showed that it was in fact AZ Tech that was trying to take advantage of the goodwill and reputation of Intex in order to boost its own sales. The use of the ® symbol was also considered by the Bench to be dishonest.

To sum up, while I agree with the court’s treatment of the final issue in its treatment of unclean hands of the respondent, I cannot fully make peace with the Court’s reasoning on the issues of added matter and the balance of convenience. We may have stumbled into new territory in terms of trademark jurisprudence in the country, but it remains to be seen how this will go down with the IP academia. Can it conclusively be said that the Division Bench correctly reversed the order of the Single Judge on all counts? No idea. That is uncharted territory that I cannot venture into. Nevertheless, was this one more for the Big Fish? Most definitely!