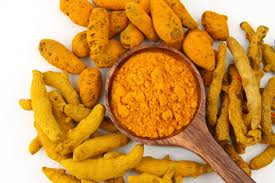 We are pleased to bring to you a guest post by our Fellowship applicant Aishwarya Ambardekar. Aishwarya is a 4th year student at ILS Law College. This is her first submission for the Fellowship.

The world as we know it, understands innovation in a rather binary manner, where only those inventions or ideas that materialise in laboratories or Research Centres are given importance. Innovations undertaken in more informal settings, by common folk such as farmers and simple housewives are thus easily overlooked. Several developing countries possess a vast and diversified pool of indigenous knowledge and practices that have been evolved and passed on over the ages either verbally or textually.

Bio-piracy is the appropriation of the knowledge and genetic resources of farming and indigenous communities by individuals or institutions seeking exclusive monopoly control (usually patents or plant-breeders rights) over these resources and knowledge. This term has been derived from cases concerning the commercial exploitation of biological and ecological resources of Asian and South American countries by the Western world. The cultivators of such Traditional Knowledge (TK) stand to suffer and lose rights over their inventions at the hands of the more powerful while the knowledge that they have evolved is monopolised and commercially exploited. Their suffering is further augmented by the fact that the laws governing their IP are rather rudimentary and provide a poor standard of protection.

The misuse and monopolisation of India’s TK became apparent only after controversy involving the patent granted by the US Patents Office (USPTO) for the medicinal use of turmeric. The Turmeric Battle, more commonly known as ‘Haldighati ki Ladai’, cast a light on the urgent need to protect TK and the inadequacy of the laws surrounding its protection.

This endeavour was undertaken by Dr. Mashelkar, the then Director General of the Council for Scientific and Industrial Research (CSIR), who, in a recent interview with Vicco Labs, spoke extensively not just about the Turmeric Battle and its effects, but also the importance of innovation, and the responsibility of every Indian to protect what rightfully belongs to India. He is also known for his battle with the USPTO over the patents granted for neem and basmati rice.

In October 1996, the CSIR filed a re-examination claim with the USPTO for the invalidation of Patent Application No. 5401540- a patent granted to two researchers affiliated with the University of Mississippi, Medical Centre for the ‘Use of Turmeric in Wound Healing’. The inventors claimed that the administration of a sufficient amount of turmeric either orally or locally would enhance the wound healing process.

The CSIR primarily contended that the patent so granted lacked the element of novelty, and could be categorised as ‘prior art’. In India, the wound healing properties of turmeric were a form of traditional medicine commonly used to treat cuts and rashes. An array of evidence in the form of ancient Sanskrit, Urdu and Hindi references, and a paper published in 1953 by the Indian Medical Association was submitted in order to substantiate this claim.

In response, the inventors argued that the powder and the paste had different qualities, and one of ‘ordinary skill in the art’ could not expect, with any reasonable degree of certainty, that powder could be put to the same use as the paste. Further, it was also contended that the powder was to be taken with honey, which itself had healing properties.

In its final order, the USPTO, after a perusal of all the evidence, held that the administration of turmeric in a powder form was equivalent to using it in a paste form, and the patent was invalidated on the grounds of ‘prior art’.

For any patent to be granted, the three pre-requisites of novelty, non-obviousness and industrial use need to be met.

Prior Art is understood as a body of knowledge which relates to an invention or an idea. It includes any patent or non-patent related information such as issued patents, publications, public discussions, or the use and sale of an invention anywhere in the world. However, all such material must be publically available or disclosed anywhere in the world. The language and readership/ viewership of the publication have no effect on its validity. Therefore, a small article in a vernacular newspaper and a paper published by a reputed research institution are considered to be on an equal footing.

The concept of prior art determines the patentability of the subject matter of the application based on the considerations such as:

The turmeric patent was revoked on the ground of prior art, as the evidence showed a lack of novelty. Further, the holding of the USPTO that the power and the paste were equivalent, showed that the PHOSITA test had been satisfied and that the invention was obvious and lacked an inventive step.

Effects of the Battle

The turmeric case was the first of its kind where a patent based on the TK of a developing country was successfully challenged and revoked by the USPTO. This prompted the need for a more disciplined mechanism for the recognition, cataloguing and digitisation of TK.

In an effort to make all the TK subsisting in India more recognisable, the CSIR, in collaboration with the Department of AYUSH, created a Traditional Knowledge Digital Library (TKDL). A Task Force was set up for this purpose, and it evolved a method of classification known as the ‘Traditional Knowledge Resource Classification’ (TKRC), using which the TKDL successfully converted and structured ancient texts into 34 million pages. These have further been translated into English, French, German, Japanese and Spanish.

Although the TKDL is a positive step in the classification and recognition of TK, the success of the system is rather questionable. Posts which have been written regarding this may be found here and here.

More recently, a private bill has been introduced, which after passage, shall be known as the Protection of Indian Traditional Knowledge Act, 2016. The bill defines TK and what it includes, and makes the Central and State Governments the custodians of all TK in India. The Governments in turn, may transfer such custodianship to communities on the satisfaction of certain criteria. The bill also constitutes authorities and contains provisions for licensing of TK to non-community members. A copy of the bill may be found here.  This bill would ensure better protection of India’s TK and is a rather concrete step taken in the regulation of TK.