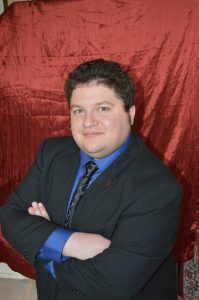 We are pleased to bring to you a paper titled, ‘A Tale Of Two Programs: How Are Medicare And Medicaid Changing In The Face Of Soaring Medical Costs?’, by Jonathan Mentesana, as part of the SpicyIP Discussion Paper Series that we had kick-started here. Jonathan is a student at Texas A&M University School of Law and a certified Pharmacy Technician. He graduated from Oklahoma State University with a B.S. in Biology. An overview of his paper can be found below and the complete paper can be downloaded here.

Overview: ‘A Tale Of Two Programs: How Are Medicare And Medicaid Changing In The Face Of Soaring Medical Costs?’

I primarily wrote this paper because of the rising cost of health care. As politicians in the United States continue to draft new legislation aimed at changing insurance, they ignore the real problem, which is the actual cost of health care. Victims of these rising health care costs include government health care programs, such as Medicare and Medicaid. In order to address the specific issues facing these programs, I traced the programs back to their inception. It is important to understand when, how, and why they began. Both programs were officially signed into existence in 1965 by President Lyndon Baines Johnson and are now being used by more people than ever.

Medicare is federal government health care primarily for people who are 65 years of age or older, while Medicaid is a mix of federal and state health care for low-income individuals. Medicare was slowly expanded throughout the years and now includes everything from hospital visits to prescription medications. Action is needed to keep Medicare funded before its funding is outpaced by its spending. In order to assist in keeping Medicare funded, the government has put together Strike Force teams that operate across the United States in tandem with the Department of Justice to combat Medicare fraud and abuse. Medicare fraud and abuse can occur in a number of ways, such as with upcoding. Medicare spending can be reduced if the cost of health care overall is reduced.

California attempted to combat health care spending in a creative way in the November 2016 elections. On the ballot, was Proposition 16, a measure that would have caused state-run programs to get the same price for medications as the United States Department of Veterans Affairs. If the measure had passed, the price of medications would have been significantly lowered for a large amount of people. Although the measure did not pass in California, the fact that it was on the ballot shows a shift in how legislation affecting health care is changing. This was likely just the first in what will be many attempts to bring health care costs under control by leveling out costs on medications or procedures so that everyone gets the same price across the board. One of the pillars of Medicare Part D prescription drug coverage is that the government cannot negotiate lower drug prices with pharmaceutical companies. This, along with unchecked drug pricing, mean that drug companies can pretty much charge whatever they want. The United States is the only developed country in the world that does not have some type of government control on drug pricing. It clashes with the American idea of the free market and is seen as an attack on the freedom of business that the United States was founded upon.

High drug prices led to people having to choose between food and rent or obtaining health care. In order to attempt to assist some of these people, the government, under the Affordable Care Act, tried to expand Medicaid eligibility in the states. The idea was that expanding Medicaid would alleviate the “coverage gap” that existed; the coverage gap were the group of people who made too little to qualify for a government subsidy to cover their health insurance, but also made too much to qualify for Medicaid. The federal government tried to force the states to expand Medicaid coverage to cover more people by giving them an ultimatum; either the states accept the Medicaid expansion, or the federal government would completely cut off Medicaid funding to any state that rejected the offer. Some states fought back and the case eventually made its way to the Supreme Court in the case of National Federation of Independent Business v. Sebelius. The Supreme Court sided with the states and ruled that the federal government could not take away all of their Medicaid funding because it was too drastic of an action. There were cases in the past in which Congress had successfully used its Constitutional Spending Power to get states to implement new laws, but the idea of cutting off Medicaid funding to states that refused was too much here.

While the government continues to work with insurance to “fix” health care, there are other ideas out there. One such idea is to set up specific Medicare and Medicaid hospitals and clinics. It is getting more difficult for people on Medicare and Medicaid to find doctors who will see them so having the government set up facilities that are designed to primarily cater to this group would assist these people in finding health care. The added benefit to this is that the government can also control the cost of care at these facilities.

Finally, the United States may be able to fix its health care cost problem by looking to other countries for guidance. One such country to look to could be India. With such a large population, India is facing many of the same problems with respect to access and affordability of health care. The demographic and geographical differences between the United States and India mean they have to tackle these problems a bit differently, but it can still be helpful to see how they are handling it.