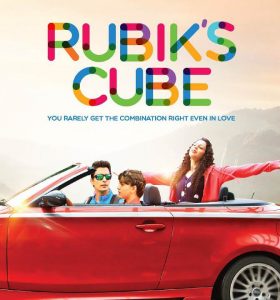 We are pleased to bring to you a guest post by Bharat Ganesan (name changed, since he wishes to keep his identity confidential), who is an attorney working in the US. This post is in opposition to Rahul’s recent post on the Bombay High Court’s interim injunction order restraining the use of ‘Rubik’s Cube’ as the title of a Marathi film.

Rubik’s Cube: The Assassination of Artistic Freedoms and Genericide of TM

Dissent might be snuffed out in other corners of the legal landscape, but it is well and alive here on SpicyIP. Recently, Rahul wrote a piece, analyzing Justice Gautam Patel’s decision in the Rubik’s Cube case, and argued, inter alia, “This order largely applies well settled legal principles to the fact situation obtaining in this case and can be said to be unexceptionable.” To which I say, for the sake of civility, Hello there!

Rahul’s post does an excellent job of summarizing the facts, and is quite prescient when it comes to objections that people might have with the decision. The crux of Rahul’s argument is as follows, “While some may argue that courts should not grant their imprimatur to the monopolization of terms that are a key part of popular culture and that such use would fall within the four squares of the nominative fair use doctrine, I don’t think this argument would hold good unless the use of such terms is indispensable to the defendant’s enterprise.” He goes on to add “Since nothing in the order indicates that the defendants’ film was about the Rubik’s Cube, I don’t think it can be argued that they were compelled to use the term ‘Rubik’s Cube’ as the title of their film.”.

I definitely do not think it is an “open and shut” case like Justice Gautam Patel and Rahul would have us believe. I am unaware if the defendant’s pleadings contained normative fair use as a defense. If so, I think Justice Gautam Patel should have analyzed the contours of fair use and whether it was applicable here. I particularly disagree with the reasoning that there was no compulsion to use the term ‘Rubik’s Cube’ and therefore normative fair use cannot be claimed. I think that there is something to be said about creative liberties and artistic freedoms when it comes to the artist’s choice of how to name his movie. Is criticism that he could have named his movie something differently, really far away from criticism along the lines of ‘Why does the story have to be lady-oriented’?

Second, while Mahesh Vamen Manjrekar wasn’t arm twisted into naming the movie as he did, he probably preferred naming it ‘Rubik’s Cube’ instead of something like ‘A really difficult puzzle/toy that takes a lot of patience to figure out, watch the movie you’ll know why this is the title’ appended with the tag line “”You Rarely Get the Combinations Right… Even in Love”. I do not wish to belabor the point, but as we shall see below, in the tussle between artistic freedoms and trademark rights, the former should be the victor. Two deontological arguments in particular, interest me, namely:

First, as I alluded to earlier, shouldn’t 2 creative entities have space to play off of each other? In America they do. In the U.S, when dealing with the use of a trademark within an expressive work, courts follow what is known as the Rogers Test. That test, originally developed by the Second Circuit in Rogers v. Grimaldi, 875 F.2d 944 (1989), holds that use of a trademark in an expressive work is only infringing if “(1) the use of the mark has no artistic relevance to the underlying work whatsoever, or (2) it has some artistic relevance, but explicitly misleads as to the source or the content of the work.” The test was developed on 1st Amendment lines (our equivalent to Article 19(1)(a)) to allow for situations when a TM was used in an expressive work. In fact, the original Rogers case, has some significance with our case at hand.

In that case, noted artist Ginger Rogers sued Alberto Grimaldi and MGM for production and distribution of the 1986 Federico Fellini film Ginger and Fred, a film about Pippo and Amelia, two Italian cabaret performers whose routine emulated the more famous pairing of Fred Astaire and Ginger Rogers. Rogers claimed that the film violated her Lanham Act trademark rights, right of publicity, and was a “false light” defamation. The Second Circuit, on appeal, noted that, “This appeal presents a conflict between Rogers’ right to protect her celebrated name and the right of others to express themselves freely in their own artistic work. Specifically, we must decide whether Rogers can prevent the use of the title Ginger and Fred for a fictional movie that only obliquely relates to Rogers and Astaire.” Stop me if this reasoning sounds familiar.

The Second Circuit affirmed the decision of the lower court stating that “suppressing an artistically relevant though ambiguous[ly] title[d] film” on trademark grounds would “unduly restrict expression.”  The court held that “In sum, we hold that section 43(a) of the Lanham Act does not bar a minimally relevant use of a celebrity’s name in the title of an artistic work where the title does not explicitly denote authorship, sponsorship, or endorsement by the celebrity or explicitly mislead as to content.”

The case is eerily similar to the case at hand. The debate was regarding the titling of a film, which protected the TM rights of an individual, but was only tangentially related to the movie. Could that movie have been called ‘2 Italian dancers’? Sure! Yet, artistic expression prevailed, and Alberto Grimaldi was allowed to title his movie unfettered by legal potholes.

Applying the Rogers Test to the ‘Rubik’s Cube’ case, I believe the first prong (namely artistic relevance to the underlying work) is easily satisfied. The threshold for artistic relevance is quite low, and that bar is easily crossed vis-à-vis the tag line and the theme of Mr. Manjrekar’s film. The second prong is whether the use of the term ‘Rubik’s Cube’ explicitly misleads the source or the content of the work and denotes authorship or endorsement. I think that the name, in conjunction with the tag line makes it quite clear that the use of the trademark is meant more as a creative aid rather than downright misappropriation.

The question of what is “explicitly misleading” came up for discussion in the 9th Circuit case of Mattel, Inc. v. MCA Records, Inc., 296 F.3d 894 (9th Cir. 2002), regarding the use of the term ‘Barbie’ in the Danish band ‘Aqua’s hit song, ‘Barbie Girl’. Mattel Inc., which owns the Barbie trademark claimed TM infringement, but the 9th Circuit stated, “The song title does not explicitly mislead as to the source of the work; it does not, explicitly or otherwise, suggest that it was produced by Mattel.” Replace the word ‘song’ with ‘film’ and ‘Mattel’ with ‘Rubik’s Ltd.’, and there is your ballgame.

The disparity between Indian jurisprudence and American jurisprudence regarding artistic freedoms and creative expressions is colossal. In India, we prefer to sacrifice artistic expression at the altar of IP monopolization, and this butchery needs to stop. We might have a morbid counter to this slaughter however, and its name is genericide.

For some background regarding this topic, I would direct your attention here. Again, I am unsure whether the defendant raised this defense, and Justice Patel certainly couldn’t craft illusory arguments into his decision suo motu, but I believe that TM genericide should have been discussed. In short, TM genericide refers to a situation where a Trademark becomes so popular in the public domain that it is wrested out of the hands of the Trademark owners and handed to the public for their enjoyment. Examples of such trademarks include Zipper, Videotape, Aspirin, etc. The most common reason why Trademark Genericide occurs, is due to the association of the Trademark with the good as opposed to the source of the good. How is that relevant here? I will let Justice Patel build an iron clad case in his own words.

“He [Defendant] seems to believe that this, the name of an extremely popular puzzle, one that has achieved almost legendary status in the public domain, is one that he can freely adopt and use.” Justice Gautam Patel unwittingly digs a deeper grave when he says” There are figures annexed to the Plaint and in the body of the Plaint attesting to the high sales of these products. It is hard to believe that the Defendants are unaware of this. The very word Rubik’s Cube is an invented and coined work when attached to this puzzle. Rubik’s Cube connotes one and only one item, viz., this puzzle or toy.”

When he references both the high popularity and sale numbers along with the fact that the term is so distinctive and arbitrary that there has been an overlap between the product and the source, he is in fact making out a crystal clear case of Trademark Genericide. Any 3×3 or 4×4 cube, is commonly referred to as a Rubik’s Cube, irrespective of whether it is in fact manufactured by Rubik’s Ltd or not! Further, as that earlier article on TM Genericide had mentioned, some companies have taken active steps to prevent their prized brands from losing their exclusive and exalted status. On its website, the LEGO Company, lets us know that calling the toy bricks LEGOs is an improper use of the term and that the correct plural form is LEGO bricks or LEGO toys. I did a quick scan of the Rubik’s website and found nothing similar. Nowhere has Rubik instructed its users to use the term Rubik’s Cube toys or Rubik’s Cube Puzzles, but rather the stark-naked version, Rubik’s Cube. I believe that this would and should have been a prime case of TM Genericide. Something about the judgement, like an unfinished Rubik’s Cube, just doesn’t fit. Justice Gautam Patel is an eminent jurist but I guess, like the movie’s tagline, “You rarely get all the combinations right… Even in Justice Patel’s Court”!

P.S- My moral compass wouldn’t rest easy unless I directed your attention to a case before the International Trade Commission in Washington, Certain Cube Puzzles, Inv. 337-TA-112,. In this case, in 1982, the Court had to determine whether the import of Ideal Cube Puzzles into America, should not be given ‘free entry’ because it was in violation of Rubik’s Ltd.’ common law trademark right. The court held it was, on the basis of, amongst other things, a survey, which determined that in 1982 the term Rubik’s Cube is not generic. Things have of course changed in the past 35 years, including the Rubik Cube’s popularity and the growth of the genericide jurisprudence.