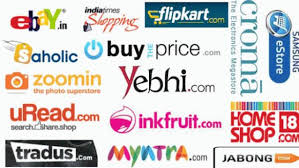 We are pleased to bring to you a guest post by our Fellowship applicant Divij Joshi. Divij graduated from NLS, Bangalore in 2016 and is currently working at a leading law firm in Mumbai. This is his first submission for the Fellowship.

The responsibilities of online intermediaries for third-party transactions on the internet is a vexing legal issue across jurisdictions, India being no exception. While a division bench of the Delhi High Court, in MySpace v Super Cassettes (“MySpace”), has given some much needed clarity and relief to online intermediaries as far as copyright infringement is concerned, the liability of online marketplaces (such as Amazon or eBay) for infringement of trademarks, specifically, in the sale of counterfeit goods online remains uncertain.

Intermediary liability for trademark infringement in the EU and US

While courts in India have not had the opportunity to discuss the liabilities of online marketplaces for trademark infringement decisions of courts in the EU and US may provide some guidance on the same. The decisions of the Court of Justice of the European Union in L’oreal v eBay International AG (“L’oreal”) and of the US Federal Court for the Second Circuit in Tiffany (NJ) Inc. v. eBay Inc. (“Tiffany”) are particularly informative. These decisions dealt with the liability of e-commerce marketplaces which enabled the display and sale of counterfeit or otherwise infringing goods through their portals.

In L’oreal, the French cosmetics supplier alleged that eBay infringed its trademark by allowing counterfeit goods to be offered for sale through its website. The CJEU considered firstly, whether eBay ‘used’ L’oreal’s trademarks ‘in the course of trade’, in order to attract direct liability for infringement, and secondly, whether eBay could claim immunity from secondary liability under the safe harbour provisions of the EU E-commerce Directive.

The CJEU held that eBay does not ‘use’ L’oreal’s trademarks in its own commercial communications, and merely enabled its customers to display signs corresponding to L’oreal’s trademarks, in the course of their (the third party’s) commercial activities such as their offers for sale. Therefore, it held that eBay did not attract direct liability for the its customer’s posts.

On the issue of secondary liability, the CJEU held that Article 14 of the E-commerce Directive immunized ‘hosting platforms’ such as eBay from liability as long as the intermediary does not play an ‘active role’ in the infringement and acts expeditiously to remove the infringing content. In construing the ‘active role’ of an intermediary, the CJEU held that where ‘the operator has provided assistance which entails, in particular, optimising the presentation of the offers for sale in question or promoting those offers’, it may be construed to have generalized knowledge and control over the offer for sale of the infringing goods. Under this standard, the intermediary must show neutrality to claim immunity under Article 14.

In contrast to the standard of generalized knowledge in L’oreal, the Second Circuit in Tiffany, under similar facts, adopted a stricter standard for attributing secondary liability. In Tiffany, the Court held that the standard for contributory liability, as derived from the common law of tort, required that ‘a service provider must have more than a general knowledge or reason to know that its service is being used to sell counterfeit goods. Some contemporary knowledge of which particular listings are infringing or will infringe in the future is necessary.’[1] Therefore, the court held that eBay would not be liable for contributory infringement of Tiffany’s trademarks unless it had actual knowledge of the specific acts of infringement.

Liability of online marketplaces in India

In India, courts have not considered the liability of online marketplaces for the offering for sale of counterfeit goods by third parties. However, the general schema of intermediary liability in India may be helpful in locating where liability may lie for these intermediaries.

Section 29 of the Trade Marks Act, lays down the conditions for infringement of a registered trademark, which, inter alia, requires the use of the mark ‘in the course of trade’. On the issue of direct liability, Indian courts would likely hold that an online marketplace does not ‘use’ a registered trademark ‘in the course of trade’ if it merely enables its customers to use the mark and does not use it for its own commercial communication, similar to the ruling in L’oreal.

While the Trade Marks Act does not specifically contemplate indirect infringement, the general principles of secondary liability espoused by the court in MySpace, which are rooted in the concept of contributory liability under the common law of torts, gives some guidance as to the liability of online marketplaces. In MySpace, the Delhi High Court considered secondary liability of an intermediary for infringement by ‘permitting a place’ to be used to communicate a copyrighted work to the public under Section 51(ii) of the Copyright Act. The court held that MySpace would not be liable for infringing acts occurring on its website unless it had ‘actual knowledge’ of the infringing act from the rights holder, which is indicative of an intention to facilitate or contribute to the infringement, and failed to expeditiously remove such infringing content. Moreover, the court held that the liability is further subject to Section 79 of the Information Technology Act, 2000, and the rules thereunder (“IT Act”). While the scheme of the safe harbour under the IT Act has been covered elsewhere on this blog, (here and here) it is important to note that MySpace now contemplates a notice and takedown process as the standard for ‘actual knowledge’ to attract contributory liability. It must be noted that this differs from the ‘actual knowledge’ standard adopted by the Supreme Court in Shreya Singhal v Union of India, which read into Section 79 a requirement of knowledge of a court order directing the removal of certain content. The Delhi High Court differentiated Shreya Singhal on the basis that the Supreme Court’s ruling was limited to acts proscribed under Article 19(2) of the Constitution. If this reasoning of the court is accepted, the same standard should apply to acts of trademark infringement occurring through online marketplaces. It would seem, therefore, that the standard of ‘actual knowledge’ applied by the US court in Tiffany would be applicable to similar cases of trademark infringement in India.

However, the IT Act, under Section 79(2)(b)(iii), also includes a requirement of neutrality,  inasmuch as it requires that the intermediary does not ‘select or modify the information contained in the transmission’, which could be interpreted to be similar to the the generalized knowledge and control standard adopted by the CJEU in L’oreal.

In conclusion, online marketplaces in India may claim the benefit of Section 79 of the IT Act as a safe harbour against the sale of counterfeit goods on their portals, provided that they do not ‘select or modify’ the posts of third parties, and expeditiously remove it within 36 hours of receipt of actual knowledge of the specific infringing actions on the website (as required under the IT Rules). Failure to do so would likely result in secondary liability for the trademark infringement occasioned by their customers through the use of their portal. If and when this issue does come up for consideration before an Indian court, it should bear in mind that any principle of liability on related parties must strike a balance between providing effective relief to trademark holders and non-interference with legitimate commerce conducted in online marketplaces.

[1] For an alternate interpretation of the Second Circuit’s decision in Tiffany is provided based on the concept of ‘reasonableness’ in facilitating infringing acts, see Stacey Dogan,“We Know It When We See It”:Intermediary Trademark Liability and the Internet, Stanford Technology Law Review, 7, (2011).