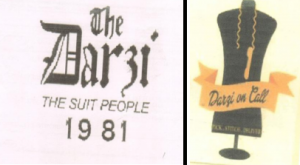 On the 19th of April, 2017, the Delhi High Court passed an order in Sunil Mittal v. Darzi on Call, the order for which is available here. This case is very interesting for two reasons: First: The Court clarifies the law on descriptive trademarks – dealing with the fascinating case of the trademark status of a translation of a descriptive term. Second, the Court also expounds on the law on trademark squatting.

The Plaintiff’s, Mr. Sunil Mittal and Darzi (India) LLP claim to be the registered proprietors of a label containing the words ‘The Darzi: The Suit People, 1981’ and have sued the Defendants to prevent them from using the word/mark ‘Darzi’.  It was claimed that the use of the mark amounted to infringement and passing off. The Defendants, in the same business of tailoring as the Plaintiffs, adopted the mark ‘Darzi on Call’, which is the mark in contention in this present matter. On October 5, 2016, the Court restrained the Defendant from using the word ‘Darzi’, as they found ‘D’ to be written in the same style as was used in the Plaintiffs trademark. However, on December 7, 2016, the Court passed an ad-interim order permitting the Defendant to use a stylized alphabet ‘D’, without the word Darzi.

The Court first noted that while the words ‘tailors’ or ‘drapers’ are used to describe the nature of the business being provided, ‘Darzi’ is undoubtedly not as common – as it is used as a urdu/hindi word in the spoken language and not to describe a profession. The Court went on to state that a distinction had to be drawn between the use of a word as descriptive of services provided under a trademark, and the use of that word in the trademark itself. The Court held that if a person, for the first time, starts using a word that had previously only been used as descriptive of services, as a trademark – that innovation to use it as a mark was deserving of trademark protection. The Court further clarified that ‘Darzi’ would therefore not be descriptive, while ‘tailors’ ‘drapers’ or ‘master’ in the tailoring connotation might be.

The main contention of the Defendants was that the word ‘Darzi’ could not qualify for trademark protection as it was generic / publici juris of tailoring services. The Court referred to the Supreme Court 2011 judgement of T.V. Venugopal v. Ushodaya Enterprises Ltd. which contemplated the telegu word ‘Eenadu’ as a translation for ‘Today’, where Eenadu as given protection due to the reputation and goodwill it had built up in the State of Andhra Pradesh.

Addressing the Defendant’s argument that ‘Darzi’ may only be recognised to mean ‘tailor’ in an area such as Delhi, it would not qualify as descriptive in the State of Kerala, for example – the Court held that the test was not only of whether a word is understood at a particular place, but also whether it is generally used at that place as descriptive of the services rendered. The Court concluded that while Darzi was used in the spoken language as descriptive of the vocation of a tailor, it was not used to designate the service of tailoring. It is this distinction that the Court bases its reasoning on. The Court additionally made the pertinent point that the Defendant was estopped from making arguments of ‘Darzi’ being generic, as they themselves had applied for a trademark containing the word.

Courts have dealt with this question in the past – whether translations of already generic terms in English qualify for trademark protection. The Eenadu case as mentioned above is an example, as is Info Edge (India) Pvt. Ltd. v. Shailesh Gupta – a 2002 Delhi High Court judgement that dealt with the question of ‘Naukri’ in naukri.com being generic as it was descriptive of the work/business of the portal. The Court held that if a product is marketed in a particular area or place under a descriptive name and has gained a reputation thereunder, that name which distinguished it from competing products, it will be protected against descriptive use.

The Court additionally noted that tailoring was a highly territorial business, and therefore held that the Plaintiffs carrying on a business in Delhi would not be threatened by other businesses with the same trade name in other cities. The Court then dismissed online records of the trade mark registry to show the use of ‘Darzi’ in a trade name, as well as a Facebook search for the name, as the location could not be discerned.

An argument raised by the Defendant was that the marks were label, and not word marks. The court dismissed that argument, and noted that the essential feature of both marks was the word ‘Darzi’, and other aspects such as ‘on call’ for the Defendants and ‘the suit people’ for the Plaintiffs was not a differentiating factor of recall for the trademark. It was additionally observed that when the similarity between the two marks is being judged, the test has to be looked at from the angle of human interactions in a particular society/city, and cannot be abstract. The Court stated that “what has to be applied is the test of human beings and not a test as laid down in the law books in relation to a different society.”

The Court was therefore of the opinion that the Plaintiffs had made out a prima facie case for infringement, and granted an interim injunction.

In justifying why the Court was not considering online records of the registry, it was stated that: “it is not expected of a proprietor of a trademark to, instead of carrying on business under the trademark, make litigation a business by continuously being on the prowl for every use of that trademark, howsoever insignificant and inconsequential may be, and to take legal proceedings to prevent such use.” The Judge went on to note that a proprietor of a trademark is not expected to commence legal proceedings if remains unaffected by use of the same trademark by others. This observation is significant in matters of trademark squatting, where trademark owners have been seen to initiate legal proceedings for seemingly unrelated marks – as I had discussed in a previous post here.

While I understand the Court’s reasoning, I am not very sure if I agree with it. The Court conceded that tailoring was a highly territorial business, and it was only the relevance of ‘Darzi’ in Delhi that was taken into account. The widespread use of Hindi in the country, along with the submitted online records from the Trademark Registry are therefore contentions that should not have been dismissed, in considering the validity of ‘Darzi’ as a trademark. Moreover, the line of distinction that the Court based their reasoning on to hold that ‘Darzi’ was not generic is in my opinion slightly shaky. Whether the line between a description of a vocation, and the designation of services actually performed can be a clear line of demarcation is something that perhaps the Court should have considered.

I’d love to hear from our readers on this. Please do leave a comment below!