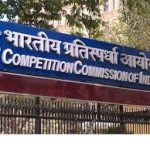 c) Whether or not Roche group holds dominant position within the relevant market? (Paragraphs 52 – 58)

Roche Group introduced Trastuzumab under the brand name HERCEPTIN in the year 2002. In the year 2012, it withdrew HERCEPTIN from Indian markets and introduced cheaper versions of Trastuzumab, viz., BICELTIS and HERCLON. As highlighted by the Informants, till February 2014, there was no other player in the market producing a biosimilar of Trastuzumab and, consequently, the market share of Roche Group was 100 % in the relevant market. Thereafter, in February 2014, IP-1 and IP-2 introduced biosimilar by the names, CANMAb and HERTRAZ, respectively (approved by DCGI in October, 2013). Roche contended that its market share has been falling since 2014.

The Commission considered other factors enshrined under Section 19(4) of the Act to analyse whether Roche Group held a dominant position in the relevant market delineated above. They are the following:
i) The size and resources of Roche group;
ii) The fact that Roche group enjoyed first-mover advantage;
iii) Dependence of consumers on an enterprise (“It may be noted that introduction of the biological drug, Trastuzumab, has given Roche, being its innovator, a significant edge over its competitors. Further, existing patients, who are already undergoing treatment based on the reference biological drug, would not switch to its substitutes, as the doctors may not prescribe an alternative medicine during ongoing treatment, especially considering the nature of the disease. Thus, there does not seem to be any countervailing buying power, as this is a prescription induced market where patients may not be able to pose any constraint on the dominant enterprise.” (para 56))
iv) High entry barriers in the relevant market which involves significant cost, time, expertise and requirement for regulatory approvals

Therefore, prima facie it appeared that Roche Group is dominant in the relevant market and can operate independently of the market forces.

My view: I agree with the reasoning of CCI. It is in conjunction with market realities. Pharmaceutical industry is driven by what is called “exclusionary reasoning” (if I may slightly tweak the much debated upon “exclusionary reasoning” of Joseph Raz in jurisprudential debates). Doctors prescribe and the prescription is being followed without seeking or examining the reasons behind the prescription. Set in this context, the relevance and nature of dominant position in pharmaceutical industry is different from other industries. This fact is rightly appreciated by the CCI.

e) Whether or not Roche abused its dominant position? 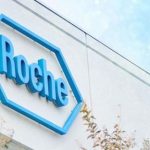 It was alleged that Roche Group attempted to distort the competition in the market for biosimilars by indulging in vexatious litigations, influencing the regulatory authorities, making misrepresentations to tender authorities, disparaging the reputation of biosimilars, etc. thereby, foreclosing the market for its competitors in terms of Section 4(2)(c) of the Act.

The CCI observed the existence of pricing and non-pricing strategies so as to unlawfully raise their rivals’ costs or exclude them from the market. According to the CCI, “…..Some of these practices which have gained a reasonable degree of acceptance by other competition authorities as being abusive when adopted by dominant entities are as follows:
(i) Rendering rivals’ products incompatible without adding any technical improvement to the replaced product; [not relevant in the instant case]
(ii) Indulging in vexatious litigation purely aimed at harassing rivals;
(iii) Influencing government or regulatory procedures; and
(iv) Impeding entry of generics/biosimilars by denigrating or disparaging rivals’ products.

61. However, the aforesaid conduct needs to be analysed carefully, as every enterprise, including a dominant enterprise, as a matter of right, is entitled to petition public/regulatory bodies and courts to gain an advantage that may be legitimately available to it under any legal and regulatory architecture. Further, competitive strategy adopted by an entity aimed at strengthening its own position is permissible under the Act. The Commission has, thus, analysed each allegation with regard to the alleged abusive practices adopted by Roche Group, in the subsequent paragraphs.”

(i) Whether or not Roche initiated vexatious litigations? (Paragraphs 59 – 65)

It was alleged that the Civil Suit initiated by Roche Group in 2014 amounted to vexatious litigation. According to the Commission, “right to bring civil litigation and other claims to assert or defend key interests is a legal right. Such right should not be interfered with, except when warranted by special circumstances. Mere fact that litigation was ultimately unsuccessful does not render it vexatious. However, in exceptional cases, the legal processes can be pursued by a dominant enterprise as a tactic to exhaust smaller rivals’ resources and delay or prevent their entry in the relevant market. Where anticompetitive litigation of this kind by a dominant enterprise is identified, it amounts to an abuse within the meaning of the Act. Though there cannot be any straightjacket formula for identifying such exceptional circumstances, there can be certain guiding factors which may help in examining a case. First, it needs to be established that the impugned legal action, on an objective view, is baseless and appears to be an instrument to harass the defendant/respondent; and, Second, the legal action appears to be conceived with an anti-competitive intent/plan to eliminate competition.”

Dismissing the claim of Informants, the CCI held as follows: “Considering the long drawn legal battle between the parties before the Hon’ble Delhi High Court, the Commission is reluctant to hold that the litigations filed by Roche Group are baseless. Recourse to legal proceedings, being a right of every party, cannot be concluded to be tainted with ulterior motives as a general principle. Such determination has to come sparingly in exceptional circumstances and the Commission is not convinced that any such circumstance has arisen in this case. Thus, for the foregoing reasons, the allegations of the Informants with regard to vexatious litigation are, prima facie, found to be without merit.”

My view: I agree with the determination of CCI. Vexatious litigation is evidence-based and therefore, in the absence of an adverse High Court observation or adverse judgment, it may be difficult to prove the existence of vexatious litigation. In the case of tort of malicious prosecution, two elements are essential: a) That no probable cause existed for instituting prosecution or suit complained of; and b) That such prosecution or suit terminated in some way favourably to defendant therein. Of course, this is not a case of tort of malicious prosecution. However, any adverse observation or verdict can invite the positive attention of CCI in cases like the instant one.

Also, from a practical perspective, judicial delays preclude the effective invocation of this ground (since judicial determination or observation gains importance here). In other words, this ground of vexatious litigation becomes relevant and useful only if judicial delays are addressed. The vexatious litigation jurisprudence is still at a nascent stage in India. [Readers may prefer going through the 192nd Law Commission Report on Prevention of Vexatious Litigation (June, 2005).] In other words, the quality and efficiency of judiciary as such is pertinent with respect to the efficacy of Competition Law as well.