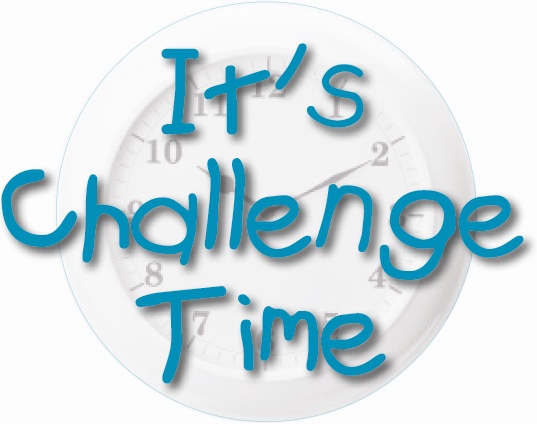 A recent decision of the Delhi High Court, in Novo Nordisk AS v. Union of India (July 5, 2022), brings back to light the problem of delays in post-grant oppositions in India.

Prashant’s post here, discusses broader policy problems with respect to delayed oppositions. As noted, a very small per centage of patents are actually commercialised and  an opposition usually signifies that the patent at issue has underlying economic value (compared to uncontested applications). So keeping an opposition pending for years does not make economic sense for the country as these are the applications that may be of value to the economy.

The Patent Act, 1970 and rules specifically lay down the process and timelines for each stage of the opposition process. The procedure is set out in Section 25(2) read with Rules 55A to 60 of the Patents Act and Patent Rules. All in all, the intention of the legislature is to ensure that post-grant oppositions are decided within a year to 18 months. Courts have also acknowledged this intention (e.g. the present Delhi High Court case as well as in Pharmacyclics).

In this case, the post-grant opposition process has lasted for eight years! There have also been six writ petitions filed. The patent has lived out most of its term (expires in 2026) and a decision in the opposition continues to remain pending.

This case throws light on how legal strategies adopted by parties and flexibilities afforded by the Controller can make or break oppositions. Though delays in this case may not be out of the ordinary for India, it throws light on practices being adopted. As noted by the court ‘However, long number of years are taken in post-grant oppositions due to repeated filings by parties and the liberal attitude of the Patent Office. In the opinion of the Court, this state of affairs is contrary to the scheme of the Act and the Rules.’

As it so happens, all of the parties involved are to be blamed, at some level, for the delay:

It appears that pleadings – notice of opposition, patentee’s reply/evidence and opponents’ response/evidence, were completed largely within prescribed timelines, around March 2015. Despite this, the patentee continued to file further evidence (of two more experts) up to the end of August 2015. Instigated, the opponents replied with another expert’s evidence at the end of December 2015. The patentee took objection to this reply stating that it brought up new issues and filed another reply. Miffed, the opponent responded to this reply. Replies, rejoinders, expert evidence continued to fly across the patent office up to the end of 2016 i.e. around one and a half years beyond the stipulated timeline for completion of pleadings.

Once pleadings are completed (which should have been in early March 2015), neither party has the right to file further evidence (Rule 60). Further evidence can be filed in expectational cases and is dependent on the Controller’s discretion. The Controller is required to ‘control’ this process and ensure that evidence and timelines are balanced. Ideally, the entire opposition process should have been decided within this time – with the Opposition Board recommendation, hearing and everything.

The matter of filing evidence did not end in 2016. The patentee had already filed evidence of at least three experts so far and in 2019 unearthed a new expert. So more evidence was filed in 2019 (five years after opposition being initiated), after the Opposition Board issued its recommendation and after a hearing date was fixed!

The procedural aspect of this case was so overwhelming that I could barely manage to get to the substantive part. From what it seems like (from cursory review) there is one primary prior art document that the opponents rely on (supported by others) on which this case could turn. This document is the patentee’s very own prior patent publication WO03/002136. Shouldn’t the patentee have had all the information needed to overcome such challenges even before the patent/opposition was filed?

Further, there is a clear prohibition on filing additional evidence after the hearing date is fixed as per Rule 60. The Delhi High Court in this case and also in Pharmacyclics has held that “filing of additional evidence would be permissible in exceptional cases with the leave or direction of the Controller, but in any event, the said filing can be done only prior to the hearing being fixed under Rule 62. Once the hearing is fixed, thus, parties are not permitted to seek leave to file further evidence.” Adyasha has covered these issues here and here. Despite this, the patentee filed additional evidence after the hearing date being fixed and the Controller took the evidence on record. The Opposition Board was then made to revise its recommendations (leading to more delays, discussed below).

The opponents made a feeble attempt to challenge this (which appears to have been ignored) and also filed reply evidence (of another expert). At every point, the opponents have been baited into filing more and more expert evidence! As the court notes, it is not mandatory to file evidence in post-grant oppositions. At some point, the opponents should have realised this especially since they eventually withdrew all their expert evidence (to avoid cross examination and save time)! Since some questions around inventive step, obviousness in this opposition are mixed questions of law and fact, it is unclear how the opponents will prove their case. This could mean that they have a strong case purely on law and if that is the case, why didn’t they follow this strategy from the start?

The second recommendation was also flawed since it contained the name of only the Chairperson. As per the Patent Rules, the examiner who examined the patent in the application stage cannot be a part of the Opposition Board. In any case, the Delhi High Court helpfully reveals the names of the members. There were other deficiencies raised but none that went to the root of the matter and the Opposition Board was (thankfully?) not directed to revise its recommendations again.

The court has directed the Patent Office to decide the case by September 30, 2022 and parties have been directed not to file further evidence, documents, petitions etc.

One wonders whether post-grant oppositions will ever be time-bound if this is the way the mechanism is used and misused by all.