Latest in the Ibrutinib patent saga is IPAB’s order maintaining the interim stay over the revocation of the anti-cancer drug patent. This comes at an interesting time, as a recent report by I-MAK suggests that US-based Biopharma Company AbbVie might be attempting to build a patent wall around Imbruvica (Ibrutinib’s market brand), having secured 88 patents out of 165 applications filed. Imbruvica currently generates a whopping $4.5 billion a year for AbbVie.

In India, Pharmacyclics LLC (owned by AbbVie) had been granted the patent in 2014 (IN 262968), against which Laurus Labs had filed a post-grant opposition under Section 25(2) of the Patents Act, 1970 the next year. The hearing was scheduled in November 2017, but was adjourned and rescheduled to 25th September 2019, before being ultimately held on 22nd November. Consequently, the patent was revoked on grounds of lack of inventive step in March 2020. 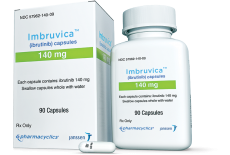 Earlier this month Praharsh and Swaraj had raised concerns regarding courts’ lack of discussion of the three-pronged test while granting injunctions and interim orders. This order in the Ibrutinib case begins by emphasizing the necessity to make out those factors: a prima facie case, balance of convenience and irreparable injury. It goes on to devote a long discussion to whether a prima facie case exists and concludes in the affirmative. However, balance of convenience and irreparable injury are barely touched upon. For the latter, IPAB has reasoned that the interim order must continue for the parallel continuation of the infringement suits against Laurus Labs and third parties (such as this one).

Public interest – which becomes relevant because Ibrutinib is an anti-cancer drug – has not been discussed at all. A previous post on this blog explains the vast pricing differences between Pharmacyclics’ Imbruvica and Ibrutinib’s generic versions. In Roche v. Cipla, despite the fact that Roche had a valid patent, the price differential between the patented drug and the generic ones had been taken into consideration on account of restriction of public’s access to affordable medicine (Namratha has discussed this here). Given that the patent in question is a revoked one and there is no question of presumption of validity, it is surprising that such an important consideration did not even merit a discussion.

Why had the Revocation been Stayed?

Days before the hearing scheduled on 25th September 2019, the Opponent had filed additional documents, prompting Pharmacyclics to approach DHC against their admittance. Pharmacyclics also decided to file rebuttal evidence of its own. The court, in an order dated 6th November 2019, stressed upon the importance of following the timelines laid down in the Act and the Patent Rules 2003 and directed all of the evidence to be sent to the Opposition Board. However, the Joint Controller did not send the evidence. Moreover, two members of the Board remained absent from the hearing. The patent was then revoked after placing great emphasis on Laurus’ additional evidence and disregarding the Opposition Board’s report which favoured Pharmacyclics. The stay order of 12th June was passed in light of these facts.

In the current order, the IPAB considered at length the Rules 60 and 62 of the Patent Rules 2003, which deal with the filing of further evidence and the hearing, respectively. Rule 60 holds that further evidence can only be filed with the Controller’s permission and is only possible before the hearing has been fixed under Rule 62. Relying on the DHC order of 6th November, IPAB observed that once the Opposition Board is constituted, no evidence ought to be permitted. However, in case any new evidence comes to light, one last opportunity to file the same may be availed under Rule 60 – but this has to be done prior to fixing of the hearing. After that, Rule 60 cannot be invoked and no further evidence can be filed. The permission under Rule 62(4) to ‘rely on any publication’ refers only to publicly available documents and is to be exercised with five days’ notice.

It was heavily emphasized that Rule 60 is an exception and cannot be invoked as a rule. The DHC Order had explained that the purpose behind the strictness in setting timelines was the enormous sanctity placed on the two-stage decision-making process in a post-grant opposition. This is because by this time, the patent application has already undergone rigorous examination along with possible pre-grant oppositions. This clarification on the purpose and operation of Rules 60 and 62(4) would be quite helpful. Just about a month back, the IPAB had stayed another revocation in case of Novartis’s Ceritinib drug owing to the Controller’s oversight regarding acceptance of additional evidence post the fixing of hearing (I have covered the order here).

Further buttressing the importance of following timelines under the Act, the DHC had clarified that filing additional evidence is not permissible even if hearing is adjourned. As explained before, the hearing had originally been scheduled to be held in November 2017. After a two-year long adjournment period, the additional evidence consisting of seven documents including expert affidavit of Mr. B.M. Chaudhary was filed on 10th and 19th September, shortly before the then upcoming hearing date of 25th September. IPAB agreed with DHC’s holding that Rule 60 contemplates the first notice of hearing only. The rationale behind this is that if filing of evidence is permitted due to adjournment, parties may unduly delay hearings in order to dig up more evidence. However, considering that Pharmacyclics had had an opportunity to rebut the additional evidence filed, DHC had ordered that all filed documents be sent to the Opposition Board.

Importance of Opposition Board

Despite the DHC direction, the Joint Controller did not forward the newly filed evidence to the Opposition Board. The reason given was shortage of time.  He stated that forwarding the evidence to Members of Opposition Board was not necessary. Moreover, he insisted that presence of all members of the Board at the time of final hearing is not mandatory either. Interestingly, regardless of the Board not being sent the evidence, each of their reports rules in favour of Pharmacyclics. The Joint Controller though, in the revocation order, has relied strongly on the Opponent’s additional evidence.

Notably, the DHC’s order had stated that Board members have to be present during hearing because they would not have had the opportunity to look at the documents submitted under Rule 62(4). This raises the question – if the members’ presence is important to peruse publications that are notified late, how can they be kept in the dark about a complete set of evidences which the Joint Controller himself goes to rely strongly on?

IPAB didn’t buy this either. It noted that failure to forward the evidence was against the DHC’s order. Moreover, no reason had been given to explain the absence of the Board members during the hearing. Rule 62(5) mandates that the Joint Controller shall take into consideration recommendations of Opposition Board while deciding the opposition. IPAB relied on the Supreme Court’s decision in Cipla v. Union of India which held that the ‘Opposition Board has got considerable relevance’ and the Board’s report is ‘crucial in the decision making process while passing order by the Controller under Section 25(4)’.

Despite such detailed clarifications, certain things about this order strike as strange. At one point, as per Para 19, the counsel for Pharmacyclics oddly argues that since the issue of novelty was decided in their favour, the issue of obviousness ought to have been decided in their favour too, ‘as per settled law’. Right after that, it is stated that the counsel for Pharmacyclics tried to make submissions as to whether the patent was obvious or not, but IPAB refused to look into it claiming that doing so would effectively amount to deciding the merits. While it is understood that a decision would be made on the stay alone, the order doesn’t explain why it is necessary to restrict arguments to the procedural lapses. Wouldn’t completely ignoring the actual substantive ground behind the revocation amount to an incomplete analysis of the prima facie case requirement? Isn’t the presence of a technical member (patents) on the IPAB panel supposed to help take such matters forward? Readers with better legal understanding of this are requested to share their insights.

In Para 44, IPAB then goes on to observe that Ibrutinib has been granted patents in 87 countries and not been invalidated anywhere. It is strange that this is deemed relevant despite the fact that patent laws across these 87 countries are different from that in India, while on the other hand the IPAB refuses to consider substantive merit of the patent per Indian law, while staying the revocation. Would, for instance, the rejection in another country be seen as reason to reject it in India as well? One would think not.

In any case, we look forward to seeing how the rest of this case unfolds!