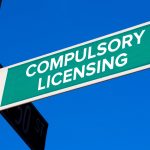 The Kerala High Court vide Order dated 14 June 2022 directed the Department for Promotion of Industry and Internal Trade (DPIIT) to consider the representation for issue of compulsory license for the drug Ribociclib.

The writ petitioner is a breast cancer patient. She filed a writ petition in the High Court of Kerala arguing that the treatment costs Rs. 63,480/- per month out of which Ribociclib alone costs Rs. 58,140/- per month. According to the petitioner, Ribociclib is not manufactured in India and the drug would have been much cheaper if the drug was manufactured in India. The petitioner filed a representation with the Ministry of Women and Child for issue of compulsory licence. The Ministry transferred the representation to DPIIT. As an interim measure, the petitioner wants the DPIIT to consider her representation for issue of compulsory licence without further delay.

Granting the interim relief, the High Court directed the DPIIT to consider the representation and issue a reasoned order within four weeks. The case is listed for 18 July 2022.

Firstly, the patent holder is a necessary party and is not impleaded in the case. This can weaken the case.

Section 84 states that any interested person can file the application for compulsory license. The Act does not define an ‘interested person’. But it gives certain indications in 84(6):

(6) In considering the application field under this section, the Controller shall take into account,—

(ii) the ability of the applicant to work the invention to the public advantage;

(iii) the capacity of the applicant to undertake the risk in providing capital and working the invention, if the application were granted;

the Controller shall on application made at any time after the notification by any person interested, grant to the applicant a licence under the patent on such terms and conditions as he thinks fit

The petitioner is an individual and cannot apply for the compulsory license as an interested person.

The petitioner also pleaded for invoking Section 100 – ‘Power of Central Government to use inventions for purposes of Government’. This is akin to Crown Use Defence in United Kingdom. There are several thresholds for invoking Section 100 (such as meeting the requirement of ‘purposes of government’) and I have doubts on the tenability of the argument.

Thirdly, on the substantive front, compulsory license can be granted if the prices are not reasonable (Section 84(b)). But price of Rs. 58,140 per dose does not ipso facto suggest that the price is unreasonable. There are various factors which should be considered such as the cost of production and the cost of research and development.

Fourthly, the remedy for this situation lies elsewhere. The right to health has not so far crystallised into a solid fundamental right. The necessity for a universal public health insurance mechanism has not yet become part of our public and political discourse.

Rights are generally divided into first, second and third generation rights. First generation rights are rights concerning liberty and participation in political life (for e.g., right to life, equality before the law, freedom of speech).

Third generation rights go beyond mere civil and social rights. They focus on collective rights rather than individual rights. (for e.g., right to community recreation facilities, right to healthy environment).

It is high time we evaluate the quality of rights enjoyed by the Indian citizens especially in terms of the second and the third-generation rights (like right to health). An usual defence is, India is still a developing country and we do not have the wherewithal to grant second and third generation rights in toto to our citizens. But is it true that we do not have enough resources? Or is it sheer inefficiency? Can the judiciary constructively contribute towards empowering the Indian citizens with greater second and third generation rights (of course, without violating the theory of separation of powers)?

(I am aware of the various government schemes for meeting medical expenses. But they are grossly insufficient in case of serious ailments.

As a tidbit, we know that Bismark unified Germany. But a lesser-known piece of information is, he introduced the (limited) public health insurance scheme in Germany in 1883.)

The South African Competition Commission is pro-active and I wrote a post in this regard.