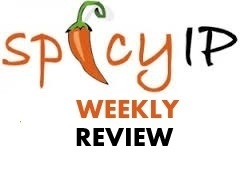 The topical highlight for this week was brought to us by Ritvik- who wrote on a recent update in the XTANDI matter: a letter written by the Union for Affordable Cancer Treatment (UACT) to University of California (UCLA), asking it to withdraw its case before the Delhi High Court against the IPO’s rejection of its patent in XTANDI. The letter states that the research has been substantially funded by the U.S Taxpayers’ money, and the same cannot be used to sustain a litigation that makes the pockets of the rich pharmaceutical companies heavier, while robbing the patients in low income countries of affordable health care. It highlights the importance of generic competition to lower drug prices, and deplores the prevailing high prices of XTANDI in India. Ritvik then discussed the U.S. Federal Government’s power to grant third-party patent licenses under the Bayh-Dole Act, observing that the same power has not been exercised in the last 37 years. He then focused on the proceedings of the case in the Delhi High Court (DHC), wherein the DHC rejected the request of UCLA to hear the matter in May, pushing it to July instead. He then analyzes how the failure of the government to make appointments to the Intellectual Property Appellate Board (IPAB) could possibly lead to the DHC remanding this matter back to the IPO, and the consequences of the success of the application by remand. He concludes the piece by mooting the possibility of issuing of Voluntary License Agreements and Compulsory Licenses in the aftermath of the patent application being granted, wrapping up by saying that a Compulsory License would be the best bet for affordable treatment.

Prashant provided us with the thematic highlight of the week- through a piece in which he unraveled the discrepancy between the positions of the Indian Patents Act and TRIPS, regarding the  patentability of  microbiological processes. The Indian Patents Act was TRIPS compliant with two sections: S. 3(j) and the Explanation to S.5 embodying article 27.3 of the TRIPS. However, ever since Section 5 got deleted in 2005, there exists an ambiguity (and a violation of TRIPS) regarding the patentability of ‘microbiological processes’- something the Explanation to the Section addressed and TRIPS allowed. Since the mention of these processes is nowhere to be found in the Act, Prashant wonders how Patents were granted for biotech processes, which are essentially microbiological processes. His concluding paragraph ties this concern with the ongoing  Monsanto case, questioning whether the invention in discussion is a ‘microbilogical process’, giving us a glimpse of the ramifications of such an ambiguity.

Our week was kicked off by Pankhuri announcing the ‘6th Annual IP Teaching/Research Workshop, 2017’ on July 2-3, 2017 being conducted by Centre for Innovation, Intellectual Property and Competition (CIIPC), National Law University, Delhi and Centre for Intellectual Property Rights & Advocacy (CIPRA), National Law School of India University, Bangalore. The workshop aims to discuss themes like the principles of calculation of damages in IP cases, the interface between civil and criminal remedies for IP infringements among others, and invites proposals by full-time faculty members or PH.D researchers till 5th June 2017.

The next post was by Prateek, who built on his article last week on Cello and Modware.  He tackles a different question though: that of the overlap between the trademark and the design protection regimes. He discusses the questions addressed by Prof. Basheer in an older piece of his, being: if a design registrant could make a claim of passing of and if a mark that has gained trademark status continues to be granted protection under design law. The same issues came up for consideration in the Micolube case, where the Court answered both the questions in the affirmative. Though there were no issues with the explanation given for the first answer, Prof. Basheer found the answer given for the second one peculiar and problematic. The discomfort arose from the contradiction between the provisions of the Design Act and the judgment by the Court in the Micolube case. While the provisions of the design act expressly excluded trademarks from being protected under the Designs Act; and provided for cancellation of a design when it ceased to be one, the judgment of the Court allowed a design to be protected even after it became a trademark (and in effect, ceasing to be a design). Prateek agreed with the discomfort, but allayed it by arguing that such an answer had no negative practical implications. He analyzed the purposes underlying different intellectual property protecting regimes, arriving at a conclusion that protection of trademarks- which are for protection of customer goodwill and not aesthetic/functional as such- under different regimes is not as such problematic. He concludes by questioning the rationale behind other IP regimes excluding trademarks

.The week was ended by Prof. Basheer’s piece– the most recent one in our Qu-IP series, discussing a witty remark by Lord Jonathan Sumption on over ‘specialization’ and the constant need of interaction between different spheres of law. Prof. Basheer expounded on the dangerousness of over specialization, due to which elements of technocracy, formalism and insular jurisprudence tend to creep in, causing the creation of legal positions in variance with the general body of law. This affects developing countries on a fairly larger level, where a more balanced approach is required towards intellectual property to dispense justice. He goes further to explain Lord Sumption’s idea of the essentiality of sharing of ideas across different areas of law, and the impossibility of the existence of ‘desert islands’ in law. Prof. Basheer concludes by discussing this issue in the context of the Indian IP bar which, he believes, is becoming increasingly insular. So much so, that lawyers are not ready to even ‘constitutionalize’ IP, even though constitutional law is the mother of all laws and everything is ‘about the constitution’.