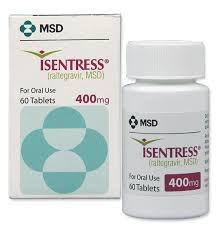 Compulsory licenses (CL) are sovereign state authorizations which enable a third party to make, use or sell a patented product without the consent of the patent holder. Provisions pertaining to compulsory licensing are provided for under an international legal agreement between all the member nations of WTO – the TRIPS. However, still, the decisions on granting of a CL are always widely debated among patent practitioners because they restrict the exclusive rights of the patent holder. Hence, the first and the only CL granted in India till date for the drug Nexavar® attracted worldwide attraction. The provision for grant of a CL exists not only in India but also in other countries such as Germany. In Germany, a CL had never been granted till recently when a provisional CL was granted for an HIV drug patent. In 1991, the Federal Patent Court (FPC, Bundespatentgericht) had granted a provisional CL (Case 3 Li 1/90) for Interferon-gamma/Polyferon, but its decision did not survive appeal to the Federal Court of Justice (FCJ, Bundesgerichtshof, equivalent to the Supreme Court of India) (Case X ZR 26/92). However, in the recent case of an HIV drug patent, the provisional CL granted by the FPC was upheld by the FCJ. This case is highly unusual not only because a CL was granted for a patented drug, but also, in particular, because it was granted in the preliminary proceedings.

Shionogi & Co. Ltd. was granted a patent on raltegravir, an integrase inhibitor used for the treatment of HIV (EP 1 422 218) by the European Patent Office (EPO) in 2012. The patent grant was opposed by Merck Sharp Dohme (MSD) but it was upheld during the opposition, though in an amended form, in 2015. Thereafter, MSD appealed the decision. The final decision is now awaited (see details here).

MSD has been selling Isentress®, a drug which contains the active ingredient raltegravir, in Europe for a few years now. MSD is the only supplier of this drug in Europe; Shionogi (the patent holder) does not market the product.

In August 2015, Shionogi brought a patent infringement lawsuit against MSD before the Regional Court of Düsseldorf (Docket No.: 4c O 48/15) against MSD. It offered to settle the dispute by granting MSD a license on the basis of a one-time payment for the past sales and a future running royalty. MSD made a counter offer of a one-time payment of an amount of 10 million USD for obtaining a worldwide license, but Shionogi did not accept it. Instead, it filed an infringement suit against MSD in Germany and U.K. As a countermeasure, MSD initiated CL proceedings before the FPC in January 2016 (Case 3 Li 1/16). The FPC granted the CL in the preliminary proceedings in August 2016. Shionogi challenged the decision of the FPC before the FCJ. The FCJ, however, upheld the decision of FPC in July 2017.

Therefore, until the decision is delivered in main proceedings, MSD is entitled to continue offering and selling current versions of Isentress under the preliminary compulsory license granted to it. It is required to submit a security of €6.5M, however, the royalty setting is deferred until the main proceedings.

The reasons for the decision

Pursuant to Section 24 of the German Patent Act, a CL is granted only if the public interest calls for its grant. The term ‘public interest’ is a universal term which is not defined in the German Patent Act. Thus, the question of whether there is a public interest which calls for the grant of a CL must be answered with due consideration of all of the circumstances relevant to the individual case and the affected interests. According to the established German jurisprudence (e.g. Case X ZR 26/92), the applicant for a CL must show public interest and prove that (a) shortage of the respective drug exists in Germany, or (b) the drug for which CL is sought has (i) enhanced therapeutic efficiency, (ii) lesser side effects as compared to the other drugs available in the market for the same disease, or (ii) no alternatives of the same quality.

MSD had provided prima facie evidence that the public interest called for the grant of the compulsory license for raltegravir. The FCJ considered this prima facie evidence and affirmed a public interest in the continued availability of raltegravir for the treatment of infants and children up to 12 years of age. According to the findings of the FCJ, raltegravir is the only integrase inhibitor which can be used in Germany for infants from the age of four weeks to three months as part of a combination therapy using two nucleoside reverse transcriptase inhibitors. The only possible alternative to raltegravir for this patient group is the non-nucleoside reverse transcriptase inhibitor nevirapine. However, considering its liver toxicity, it is considered to pose a concern and is not recommended for first-line therapy.

Furthermore, a public interest in the availability of raltegravir cannot be denied only because the patient group in question is rather small and currently only a small proportion of the patients in question is being treated with raltegravir. A public interest may also exist in cases where only a relatively small group of patients is affected. This applies, in particular, if this group would be exposed to a particularly high risk if the medicament in question was no longer available. In the present case, the FCJ confirmed the existence of these conditions for infants and children up to the age of 12.

These findings lead to the conclusion drawn by the FCJ that there is a public interest in the continued availability of Raltegravir for patients who are already being treated with it. The FCJ confirmed that there is a “public interest” to grant a CL and that that prima facie evidence had been provided, that there is an urgent need for the immediate grant of the permission. The FCJ, therefore, upheld the decision of the FPC and granted the compulsory license to MSD in the preliminary proceedings. The final decision of the main proceedings is now awaited.

CL in India versus CL in Germany

In India, the provisions for the grant of CL are laid down under Sections 84 and 92 of the Indian Patents Act, 1970 and the decision of the grant of the CL resides with the Controller of Patents (Section 88) and with the Central government (Section 92). The patentee can appeal the order of a CL before the Intellectual Property Appellate Board (IPAB) (Section 117A (2)) and further this decision can be challenged before the High Court (Article 226 of Constitution of India). Finally, the order of the High Court can be appealed before the Supreme Court by way of special leave petition (Article 136). In Germany, the CL must be claimed before the FPC (Section 24(1)) which is independent from the German Patent Office. The decision of the FPC can be directly challenged at FCJ, the highest court of justice in Germany.

The grounds for granting a CL in India are insufficient availability of the patented drug, unaffordable pricing and non-working of the patent in the territory of India (Section 84). Besides, the Central Government can grant a CL in circumstances of national emergency or extreme urgency or in the case of public non-commercial use (Section 92). In Germany, the only ground is that of ‘public interest’ (Section 24 of the German Patent Act, which came into force in 1998). However, both in India (Section 84(6)(iv)) and Germany (Section 24(1)1.), the putative licensee must have unsuccessfully endeavored to contact the patent owner to request for a license, before applying for a CL.

Further, in India there is a gestation period of 3 years from the grant of the patent (Section 84(1)), before one can apply for a CL, but in Germany a CL can be applied for immediately after the grant of the patent. It is even possible to obtain a CL in fast track or preliminary proceedings in Germany (Section 85(1)), if there is an urgent need in the public interest. There is no provision for such fast track proceedings under the Indian law.