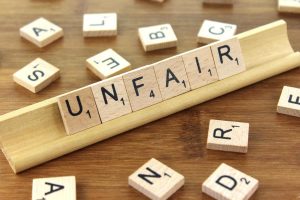 As many of our readers may be aware, there is long running litigation between Ericsson and Indian mobile phone manufacturers like Micromax, Intex, Lava and Gionee over the alleged infringement of 8 standard essential patents (SEPs) by the latter. We’ve written about it earlier over here, here and here.

The intersection of standards and intellectual property rights has for long been a contentious issue but more so in context of the telecom industry. The technological requirement for having standards is to ensure interoperability between the products of different manufacturers. Such standards are critical in the mobile phone industry where there are a large number of competing manufacturers. If two different manufacturers adopt entirely different technologies it could result in the technologies not being able to talk to each other resulting in market inefficiencies. By ensuring the adoption of similar standards through the industry it is possible to ensure that the different technologies speak to each other resulting in more efficiency and competition in the market for different products.

Some of the telecom standards that may be familiar to readers include EDGE, LTE and WIMAX. Whether a particular technology is deemed to be a standard or not depends on both Standard Setting Organisations (SSOs) and the market forces.

From an IP perspective, SEPs have been a hot potato because they hand over enormous market power to the entity that owns the SEPs. In effect the owners of the SEPs has the power to decide all downstream competition. To illustrate with an example, if Ericsson or Qualcomm decline to license their SEPs to only certain manufacturers while agreeing to licence it to others, they will in effect be controlling competition in a downstream market. Given this enormous power in the hands of those who own IP over standards, the generally accepted principle world over is that certain technologies should be declared as essential standards subject to the owners of such technologies agreeing to license their technologies on a FRAND basis i.e. fair, reasonable and non-discriminatory.

Of course, nobody agrees on what constitutes fair, reasonable and non-discriminatory and world over, it is usually judges sitting in courtrooms who decide what is FRAND and this includes fixing the rate at which a patent can be licensed. World over such litigation over SEPs requires the court to conduct a trial where evidence is examined before the judge takes a call on the rate of royalty. We can bicker over the final rates that are fixed and whether courts should even be setting these rate but I think we can at least agree that courts should follow basic procedural norms of justice such as conducting a trial before deciding royalties and depriving defendants of their property. Unfortunately, the Delhi High Court does not appear to follow the same value system.

Rather than wait for the trials to be completed before deciding royalties, different judges of the Delhi High Court first ordered the Indian companies to start depositing royalties with the court at a rate that was summarily fixed under the threat of interim injunctions that would have completely shut down the Indian companies. Back in the olden days, English judges and sometimes Indian judges used to make the plaintiff deposit a bond to cover the possible damage resulting from a wrongly granted interim injunction. Indian judges have long done away with this requirement instead forcing the defendant instead to deposit a certain amount with the court. There is no legal provision in the Code of Civil Procedure or the Specific Relief Act which gives judges such powers to demand deposits of securities by the defendants. There is tax legislation which specifically vest such power in judges while admitting appeals where one level of adjudication has already been completed. So how then is the Delhi High Court passing such orders in civil litigation? Nobody really knows.

Patent cases are complex because the courts have to test the validity of the patents and in the facts of the present litigation there are serious questions about the validity of Ericsson’s patents because there are some allegations that the patents are nothing but software patents which are prohibited in India. When there is so much uncertainty at the interim stage, the court should never have ordered either interim injunctions or deposit orders for royalties because both events lead to depriving these Indian companies of working capital in a market where interest rates for working capital is amongst the highest in the world.

So how much exactly has the Delhi High Court ordered the Indian companies to pay out to Ericsson before any of the trials have concluded?  From the figures given to me by people familiar with the litigation, a sum in excess of Rs. 300 crores (approx. $50 million) has been paid to Ericsson by the Indian companies even before the trial has concluded. Of this total amount, Rs. 231 crores was deposited with the court by Micromax before Ericsson decided to revise rates thereby resulting in Rs. 118 crores going to Ericsson and Rs. 113 crores going back to Micromax. Others like Gionee and Lava have also choked out substantial royalties although the exact figure is not available with me. There are other orders which direct the defendants to directly make payouts to Ericsson so the actual amount that Ericsson has earned in damages, even before the conclusion of the trial, is much likely higher.

At this point, I am simply amazed at how the Delhi High Court is proceeding with this SEP litigation. Instead of expending judicial time on supervising the completion of a trial, the judges of the Delhi High Court are deciding the modalities of paying out interim damages.

Since we now know how susceptible the Indian patent litigation system is to abuse by various stakeholders, it is incumbent on Parliament to insert more safeguards into the law to raise the threshold for patent enforcement in India. It is unacceptable to let companies like Ericsson take the Indian system for a ride in this manner.