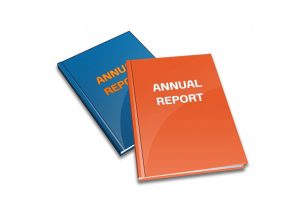 Of late, the Indian IP authorities have been making sincere efforts towards improving open access to IP data. Although these efforts are indeed laudable, much remains to be done. For instance, the Annual Reports of the Office of the Controller General of Patents, Designs and Trade Marks for years prior to 2002 are not yet available on its website. Only the reports for the years 2002-2016 can be found on the website.

This was recently brought to our attention by Manu Kanchan, a PhD student in the Industrial & Management Engineering Department of IIT Kanpur. He is presently researching on brands and their use in the Indian pharmaceutical industry and as part of this research, he is looking for the old trademark data (for years prior to 2000) such as the number of applications filed under different classes of trademarks (specifically under class 5 that relates to pharmaceutical products). This data is usually available in the Trademarks chapter of the Annual Reports prepared by the Controller’s office pursuant to Section 149 of the Trade Marks Act, 1999 (and earlier, Section 126 of the Trade & Merchandise Marks Act, 1958).

Since the old reports are not available on the website of the Controller’s office or elsewhere on the internet, he tried obtaining the required data through the RTI route but to no avail. In his RTI application to the Controller’s office, he had requested for class-wise distribution of applications received for registration of ‘trademarks’ for the years 1959-2002, but the Office disposed off his application by sending to him a few old annual ‘patent’ reports (1972 onwards). These reports being ‘patent’ reports obviously did not contain any data relating to ‘trademarks’, which Manu had requested for in his application. He thereafter filed an appeal stating that he has been sent the wrong reports and not the reports containing old data on trademarks, which he had requested for. To this, the Controller’s Office replied stating that they don’t have the old trademark reports in their records but he may visit their library free of cost on a prior appointment basis and refer to the old journals to generate the required data.

Disappointed by the reply given by the Controller’s office, Manu visited a few libraries in Delhi (including the Parliament, Central Secretariat and National Archives libraries) and managed to obtain some of the annual trademark reports of the 1990s. However, he hasn’t been able to secure copies of the trademark reports for years prior to 1990 yet. If any of our readers have access to these reports, please do send a copy of them to us and we’ll pass them on to Manu and also upload them on our website for the benefit of all.

In furtherance of our open access mission, we have already uploaded the scanned copies of the ten Annual Patent Reports sent by the Controller’s Office in reply to Manu’s RTI application on our Resources page under the head ‘India’ and sub-head ‘Parliamentary and Other Important Reports’. Since these copies are not digitized ones, they are bulky and non- searchable. Moreover, some of these reports are only in Hindi. We, therefore, hope that the Controller’s office uploads digitized copies of the English version of these reports on its website at the earliest. We also hope that it makes sincere efforts to obtain copies of all the old Annual Reports on patents, trademarks etc. (prior to 2000), which are presently not available with it, and uploads digitized copies of them as well on its website. Meanwhile, if any of our readers have copies of any of these old IP reports (for years prior to 2000), please do send them to us and we’ll upload them on SpicyIP in order to make them openly accessible to all.