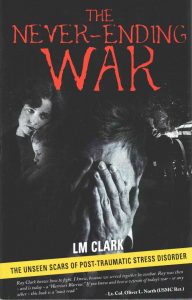 A Division Bench of the Delhi High Court led by Justice Ravindra Bhat, on November 2, 2017 recently set aside three compromise decrees recognizing settlement deeds between the controversial Indian Singers Rights Association (ISRA) and two defendants. These lawsuits are not the same ones which we have discussed earlier on this blog, where Single Judges of the Delhi High Court passed strange ex-parte decrees against certain food and drinks establishments who did not take licences from ISRA.

The decrees that were subject to the judgment on November 2, 2017 were different lawsuits where the defendants did make an appearance before court but rather than dispute ISRA’s claim to own performing rights, entered into a settlement recognizing the rights that were claimed by ISRA while also agreeing to pay ISRA the royalties claimed by it. At the time the compromise applications were being heard by the Single Judge, the music labels Saregama and Super Cassettes had filed applications under Order 1 Rule 10 of the Code of Civil Procedure seeking to be impleaded on the grounds that their rights were at stake.

As I have explained in an earlier post, there is a serious doubt whether ISRA has the title to performer’s rights. There is a two-fold problem with ISRA’s claim. The first is whether performers, especially singers, can claim performer’s rights for studio recordings which are usually not considered to be ‘live’. There is a Delhi High Court judgment stating that studio recordings are also ‘live’ and hence singers can claim performers rights. This however is not very convincing because the word ‘live’ connotes a performance on stage before a live audience. The second problem, is whether such performer’s rights exist with the singer or whether these rights have been assigned away to the music labels who usually insist on iron clad agreements demanding a transfer of all rights from the singer.

In response, the music labels filed appeals against the compromise decrees leading to the present judgment. The Division Bench headed by Justice Bhat set aside the compromise decrees on the grounds that the Single Judge was obliged to hear the Order 1 Rule 10 applications filed by the music labels before he decided the motion to compromise the lawsuits. Now that the lawsuits have been remanded with a direction to hear the music labels, the Single Judge will be obliged to conduct a trial to discern the nature of the rights claimed by ISRA. This is going to be a long and expensive trial that will take at least 5 years to resolve followed by appeals.

Apart from these set of appeals there are two other appeals filed by Saregama contesting the ex-parte injunctions delivered by Single Judges in favour of ISRA and against foods and drink establishments who declined to take licenses from ISRA. I presume Saregama is going to claim that ISRA does not own the rights in the songs that it sought to enforce in these lawsuits. Presuming that Saregama wins both appeals, the lawsuits will go to trial once again in a long and expensive trial that will be followed by expensive appeals.

While I have no doubt that Saregama and Super Cassettes have the deep pockets to fund this litigation, I seriously doubt ISRA’s ability to financially sustain these litigations.

This brings me to the larger issue of the rancor and bad blood in the music industry. Apart from the ISRA litigation, there is also the issue of the Enforcement Directorate raids on the music labels that Divij discussed earlier on this blog. As per the news reports, the ED raids, or more accurately the ED ‘surveys’ are in response to the non-payment of royalties to the lyricists and composers. These surveys are being conducted under ambit of the Prevention of Money Laundering Act, 2002 (PMLA). The PMLA is basically a secondary criminal legislation i.e. there needs to be a scheduled offence committed under one of the other laws like the Indian Penal Code and a conviction secured after which the person can be convicted of money laundering under the PMLA and the proceeds of the said crime can then be attached and confiscated by the Enforcement Directorate. This is not a simple process. The first conviction and confiscation under the PMLA was delivered earlier this year i.e. in the fifteen years of the laws existence there has been just 1 successful conviction and confiscation. In other words, this war and bad blood within the music industry is going to continue for decades.

Given the history of this dispute between the different sections of the music industry, there is significant bad blood between key players and I suspect some of this litigation has become personal for key parties. Sanjay Tandon, for example who is the brain behind ISRA was at one point of time the brain between IPRS until he was expelled in a less than graceful manner and litigation was launched against him by the music labels. I suspect Mr. Tandon did not take very well to this slight from the music labels. Similarly, I don’t think Javed Akhtar is going to forget the broadside attack by the music labels in 2004.

The point of copyright law is to make good music and money and as things stand, the bad blood and litigation will continue to eat away the profits of both sides. The longer it continues the more corrosive the effects on the industry. Both sides need to seek fresh counsel and attempt to mediate these issues. The Indian legal system simply lacks the capacity to deliver either side the remedies that they seek. There has to be a reconciliation between both sides based on the relative merits of their claims.

This war needs to end.