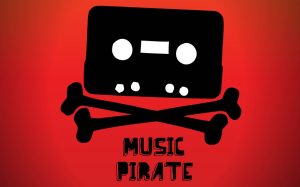 We are pleased to bring to you a guest post by Simrat Kaur. Simrat is a New Delhi based IP lawyer. She pursued her undergraduate law course from Rajiv Gandhi National University of Law, Punjab and masters law course from National University of Singapore. After having worked with leading Indian law firms (Anand & Anand and Luthra & Luthra Law Offices), she has recently started independent practice under the banner “The Endretta”. While working with the said law firms, she has advised multi-national corporations as well as local enterprises on a wide variety of copyright, trademark, advertisement and goodwill issues. Simrat has guest blogged for us in the past as well (see here).

Global Music Record Industry Plays the Fight Song Loud, as “Stream Ripping” Explodes to be the Most Aggressive Form of Piracy

Technological advancements are meant to disrupt the status quo and bring about profound changes in all walks of our life including the way we listen to music. There was a time when audio cassette tapes were replaced by CDs in the 90s, which till then had reigned as the dominant music format for more than two decades. Last few years have seen streaming platforms like Spotify, Saavn, Gaana and YouTube pushing CDs towards obsolescence. Such disruptive changes in the manner of music consumption have led to evolution of new methods of piracy, exposing global music record industry to new challenges. The industry has come a long way from battling bootlegging of cassettes decades ago, to combating stream ripping today.

What is stream ripping?

Stream ripping is the process of turning a streaming file on the internet into a downloadable one. Once downloaded, the file can be kept permanently in the music library of the user and played offline without paying. There are many websites which provide stream ripping services and facilitate creation of downloadable files from streamed music videos and audios. This is how they attract millions of users and generate huge advertisement revenues. According to the IFPI’s Music Consumer Insight Report released in September 2017, stream ripping is the “dominant method” of piracy today. 35% of all internet users are indulging in the process, which is up from 30% in 2016, resulting in enormous loss to platforms providing subscription streaming services and licensed downloads. This is supported by a report released by UK IPO, according to which the use of stream-ripping services in UK increased by 141.3% in the period January 2014 to September 2016, indicating steep pace of growth.

It all started when a computer science student Philip Matesanz, from Germany, created a stream ripping operation – YouTube-mp3.org for converting YouTube videos to audio MP3 files in a matter of seconds. Over a period of time, his website became the most popular platform for ripping streams, raising serious concerns for the music industry. Consequently, last year, a coalition of major record companies including Sony and Warner Bros, filed the first suit of its kind against his company PMD Technologie, alleging copyright infringement. The matter recently reached settlement and the website has been shut down marking an impactful beginning of the fight against this new wave of piracy. Since the issue has not been determined by courts, as yet, the question of copyright infringement liability of websites providing stream ripping services / software remains unanswered.

If we look at the issue closely, the liability for copyright infringement would depend on the precise mechanism of how a website works and the technology involved. If, just like youtube-mp3.org, a website rips and downloads copyrighted content itself, stores the files so ripped on its servers and distributes themto the user who requested for conversion and subsequent users, it is most likely to be directly liable for copyright infringement (perhaps this is why youtube.mp3.org gave up). However, if it only provides for the tool / means / software to rip streaming files; primary liability for infringement is unlikely. In such a scenario, the theory of secondary liability for contributory infringement could be explored for which, at the outset, it would be essential to establish that users are indulging in direct infringement and their acts do not constitute fair use. Further, as per the established principles of law, for the secondary infringer to be inflicted with liability, there should be evidence of knowledge of the direct infringement and material contribution to that infringement.

The first landmark case on the theory of contributory copyright infringement, in US, is the Betamax case (1984). It revolved around the VTR technology introduced by Sony which facilitated recording of copyrighted television programs so that viewers could watch them later at a time convenient to them. US Supreme Court dismissed the claims of contributory infringement against Sony on the ground that the product in question had “substantial non-infringing uses” including recording of copyrighted content for ‘fair use’ purposes. It was held that Sony could not be held liable on the basis of generalized knowledge that the product could be misused for infringing purposes, without any evidence of actual knowledge of specific instances of infringement.

The principle of “substantial non-infringing uses” developed in the Betamax case was successfully as well as unsuccessfully relied upon as a defence to liability for contributory infringement, by technologists, in a number of subsequent cases depending on the technology in question. However, two decades later, there was a significant shift in the contributory infringement jurisprudence in the wake of Grokster decision. It was a copyright infringement suit by recording industry against Grokster which came up with a decentralized structure for peer to peer file sharing, offering a platform through which users could transfer files to each other. US Supreme Court denied the defence taken by Grokster that its platform has many lawful uses. In light of a commissioned study submitted before the court which showed that 90% of the shared files were copyrighted works and other evidence showing active steps taken by Grokster to encourage infringing uses, court developed the “inducement theory” of contributory infringement and held:

Nothing in Sony requires courts to ignore evidence of intent to promote infringement if such evidence exists…….Where evidence goes beyond a product’s characteristics or the knowledge that it may be put to infringing uses, and shows statements or actions directed to promoting infringement, Sony’s staple-article rule will not preclude liability.

This decision received flak from all quarters of tech community on the ground that it would stifle innovation. But, a close analysis of the decision would reveal that it is not very much to the prejudice of technologists. It does not per se serve to stymie the invention / application of new technologies which have lawful as well as unlawful usages, but essentially targets the bad intent and the infringement fostering marketing behaviour of the providers of such technologies.

Just like other technologists, stream ripping websites are also seeking shield behind the defence of “substantial non infringing uses”. It is sufficiently evident from the Electronic Frontier Foundation’s (“EFF”) rebuttal to the recent submission of Recording Industry Association of America (“RIAA”) with the United States Trade Representative (“USTR”) on Notorious Markets List. In the said rebuttal, EFF says -“There exists a vast and growing volume of online video that is licensed for free downloading and modification, or contains audio tracks that are not subject to copyright……Providing a service that is capable of extracting audio tracks for these lawful purposes is itself lawful, even if some users infringe.”

While it remains to be seen if “substantial non-infringing uses” principle works in favour of stream ripping websites, it is clear enough from the Grokster decision and other landmark pronouncements on contributory liability including Aimster, that American Supreme Court has rejected it as a blanket defense. If the courts apply Grokster standard, lawful capabilities of the stream ripping tools/ software will not be able to insulate websites from liability for contributory infringement, provided it is established through evidence that infringing uses are rampant and the websites are inducing users for infringement to attract traffic and thereby increase advertisement revenues. It could be any kind of evidence including promotional materials stimulating infringing acts. Additionally, the websites could also be held liable for facilitating circumvention of effective technological protection measures (“TPM”) employed by streaming platforms to prevent copying / downloading. As regards the defense of safe harbours under Digital Millennium Copyright Act (“DMCA”), it would again be difficult for a website to qualify for this immunity, if it is established that it invites repeat infringement.

As far as the position in India is concerned, courts are yet to encounter such a situation. Notably, the infringing circumstances specified in Section 51(a)(ii) of the Copyright Act, which deals with contributory infringement, do not expressly cover the modern technology used for piracy including stream ripping software. Though Delhi High Court has applied the provision to virtual world of internet in the latest landmark case of Myspace on secondary liability, it would be exceedingly difficult to extend the applicability of the provision to the issue at hand. Moreover, there are serious drawbacks in the anti-circumvention provision introduced by 2012 amendment to Copyright Act, in the form of Section 65A. Firstly, no civil liability has been provided. Secondly, unlike DMCA, the provision is silent on the liability of the manufacturers, providers of software / tools facilitating circumvention of TPM measures for infringement purposes (such a provision was apparently omitted to avoid adverse effects on technology innovation). Accordingly, secondary liability of websites providing for stream ripping tools / software, which are used to first circumvent TPM measures applied by streaming platforms and then permanently download streaming files, is not possible under Section 65A. In light of a seemingly unfavourable statutory framework, it would be interesting to see how Indian courts rule on the issue and whether they would be pro-active in safeguarding the rights of content owners by filling up the lacunae in law, to the extent possible, or take a restricted approach.

By all accounts, the road ahead seems to be rocky for stream ripping websites, which thrive on infringement, particularly in US. From RIAA’s abovementioned submission to USTR; it is evident that it is all set to open war against other stream ripping websites like Convert2mp3.net, Savefrom.net etc., after winning the battle against youtube-mp3.org. Though undeniably, courts should, as and when they address the issue, attempt to accommodate both copyright and tech innovation while looking at the issue pragmatically; the scope of anything which supports the age old public perception that music is a free commodity should be curtailed.