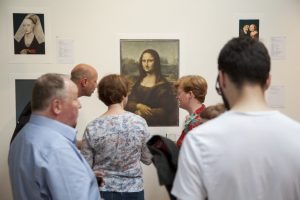 We are pleased to bring to you a guest post on copyright surrogacy by Simrat Kaur. Simrat is a New Delhi based IP lawyer. She pursued her undergraduate law course from Rajiv Gandhi National University of Law, Punjab and masters law course from National University of Singapore. After having worked with leading Indian law firms (Anand & Anand and Luthra & Luthra Law Offices), she has recently started independent practice under the banner “The Endretta”. While working with the said law firms, she has advised multi-national corporations as well as local enterprises on a wide variety of copyright, trademark, advertisement and goodwill issues.

Copyright Surrogacy: Cracking Through the Holes to Re-constitute Exclusivity over Public Domain Works

Copyright is not a perpetual right but bestowed upon the author of a work for a limited period of time. Once an original work runs out of copyright, it may be freely used by anyone. However, time and again, copyright owners invoke different means to effectuate re-monopolisation of public domain works. For past few years, digital reproduction is seen as one of such means. In this context, a newly coined term “copyright surrogacy” has recently been making buzz. This appears to have drawn inspiration from “Display at your own risk” (DAYOR) which is an exhibition of ‘digital surrogates’ of out-of-copyright works, touring to London, New Orleans, Leicester, Hamburg and Milan. “Digital surrogates” are nothing but accurate digital reproductions of works which have passed into the public domain upon expiry of copyright therein. The idea of re-claiming fresh copyright protection in such digital surrogates is called “copyright surrogacy”. The crucial question is whether cultural institutions, galleries etc. can legally claim copyright ownership in the digital copies of public domain works?

The underlying issue is not new. It has come up before courts in various jurisdictions. The first landmark case was Bridgeman Art Library v. Corel Corp., (1999), in which a New York court ruled that slavish photographic copies of public domain works of art are not copyrightable. Applying the Fiest standard of originality, the Court held – “while it may be assumed that this required both skill and effort, there was no spark of originality”………“it is uncontested that Bridgeman’s images are substantially exact reproductions of public domain works, albeit in a different medium. There has been no suggestion that they vary significantly from the underlying works. In consequence, the change of medium is immaterial”.

The decision has a sound reasoning as merely changing the medium from paint to film and then to print, without any variation in the underlying work does not make the final print ‘original’. Since the decision rightly endorsed the public domain view and the requirement of basic creativity for the purpose of copyright, it was instinctively appealing. It was relied upon by courts as a persuasive authority, in several subsequent cases in various jurisdictions. This was leading to the development of a well settled jurisprudence on the issue until a Berlin court ruled exactly the opposite in a copyright infringement suit by Reiss Engelhorn Museum against Wikipedia, in 2016. The court expressly held that digitising public domain images does create a new copyright. The pronouncement is no less than appalling as it makes copyright a reward for the mere technique of clicking a picture rather than photographer’s creative abilities. It is indeed a blow for public domain advocates but a ray of hope for cultural institutions which earn huge revenues by selling art reproductions.

While law on the issue of new copyright remains unsettled, another recent decision by EFTA Court in the case of Municipality of Oslo offers an additional possible alternative in the form of trademarks for monopolising public domain artworks. In this decision, the EFTA Court held that registration of out of copyright works as trademarks is not violative of the ‘public policy’ or ‘morality’ exclusions provided in the EU Trade Mark Directive. This further encourages people to secure unlimited surrogate IP rights through the use of trademark protection regime.

Now, if we look at the issue specifically through Indian law, it becomes clear that Supreme Court long departed from the ‘sweat of brow’ doctrine in Eastern Book Company v DB Modak (2008) 1 SCC 1) laying down “minimal degree of creativity” as the threshold for copyright protection. Although the subject matter was a literary work, analogous application of the principle to the present issue is very much possible, exactly like the Bridgeman court applied the Feist standard. Accordingly, for a photograph to be original, some sort of creative element and aesthetic sensibility of the photographer should reflect in it. An exact photographic reproduction of a pre-existing work lacking any kind of embellishment whatsoever is too mechanical to be labelled as creative and original. In view thereof, any possible attempts at obtaining new copyright for accurate digital reproductions of public domain works are quite likely to encounter serious obstacles, in India, as well. However, the alternative in the form of trademark could be available if the proposed work meets the threshold of distinctiveness. Actual use as a trademark could help to acquire distinctiveness if the work is inherently incapable of being a source identifier. Additional requirements are that it should not be deceptive, obscene, scandalous and capable of hurting the religious sentiments of people. It goes without saying that trademark protection is not likely to help cultural institutions as they would prima facie lack the intention to use so many artworks as their trademarks. Although, registration could be obtained without showing actual use, but it will be vulnerable to cancellation on the ground of non-use at the instance of any aggrieved party.

It is beyond doubt that limited monopoly over creations is one of the copyright’s foundational precepts which helps in maintaining a balance between the rights of creators and public. This internal balance is inevitable for socio-economic well being of societies. It should not be allowed to be manipulated by any attempts to secure exclusive control over public domain works, either through new copyright or any other rules & regulations which are outside the scope of copyright law. Although this might hit the revenue of the museums, galleries etc., which, in the absence of sufficient state support rely on sale of art reproductions, but the concept of making art reproduction photography a copyrightable subject matter is absurd and certainly not the ideal solution for fiscal problems of cultural institutions.