Over the course of this piece, I shall attempt to provide you with a brief overview of all the recent directions issued by the SC to tackle the issue of high pendency in the Delhi HC (DHC).

We will be discussing 3 Orders:

It all started when an SC Divisional bench, consisting of the refreshingly proactive Justices R. Gogoi & N. Sinha (Hereinafter, the “SC Bench“), heard an appeal against a DHC Interim Order involving the parties Az Tech and Intex Technologies.

On 31st July (2017), the SC Bench passed an Order noting that the DHC Interim Order under question wasn’t so much of an interim Order, as much as it was a thorough assessment of merits. The SC Bench wondered whether the same was a result of an underlying assumption, on the part of the DHC, that the final disposal of the case would take too long. Identifying the same as a “disturbing trend“, the SC Bench directed the Registrar General of the DHC to file a report on the issue of pendency. 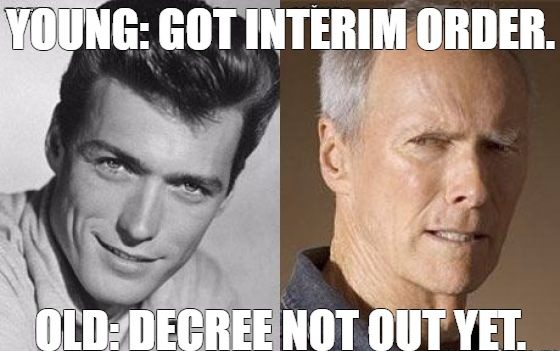 16th August was scheduled as the next date of hearing for both the narrower concern of Az Tech & Intex, along with the broader concern of pendency.

I have covered the 31st July Order in detail here.

Coming back, on 16th August, the SC Bench issued another Order (accessible here).

Summarily directing the DHC to conclude the Az Tech & Intex case at the earliest, the matter was disposed off. But way more pertinent to our concerns is the fact that the SC Bench, through the same Order, initiated a Suo Moto Writ Petition titled “Re: Case Management of Original Suits”.

To that effect, the SC Bench directed the Registrar General of the DHC to file periodical reports on possible steps that are being taken and could be taken to address pendency concerns. The first of these periodical reports were to be filed on 15th October. While doing so, the Order took special care to mention that the Court wasn’t trying to interfere with the DHC’s functioning and was only attempting to work with HC’s to remedy the situation.

The Writ Petition issue was listed for 24th October, 2017.

The Order stated that the Bench perused the Report filed by the DHC Registrar General, and noted the report’s request of 12 weeks for preparing a draft of amendments to the “Delhi High Court Original Side Rules and Practice Directions“.

Next, the SC Bench directed the DHC to conclude and produce the same to the Court, within 8 weeks (as opposed to the requested 12 weeks).

“While taking the aforesaid report on record and further taking note of the steps taken by the High Court of Delhi for amendment of the Delhi High Court Original Side Rules and Practice Directions we are of the view that the High court should finalize the same within a period of eight weeks from today and lay the same before this Court for its perusal.“