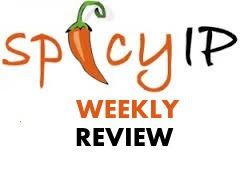 First up, Dr. Dierkes’s and Dr. Sharma, on the German grant of Compulsory License of “raltegavir“, lucidly compares the law between the German and Indian jurisprudence.

Their discussion points were as follows:

i. A brief introduction to CLs.
ii. Events leading up to the German grant of the CL.
iii. German Jurisprudence concerning interpretation of “public interest“.
iv. Comparison of German CL Jurisprudence with India’s.

Discussing antigens and antibody patents, he covered the following areas:

i. Relevance of post-priority documents.
ii. The “newly characterized antigen test”.
iii. The “public interest” analysis while granting injunctions.
iv. The effects of the decision on antigen developers.

Next, Divij brought to your attention the commencement of the “Open Access Week”. Between October 23rd & 29th, the event serves as an opportunity to bring together open access enthusiasts for discussions, lectures, conferences, et cetera. This year’s events, themed “Open in Order to…”, were geared to identify concrete benefits that accrue out of open access to scholarly outputs.

Following which, I brought you a report of all the recent Orders passed by the SC Bench of J. Gogoi and J. Sinha concerning the tackling of pendency issues in the Delhi HC. Readers would be interested to note that the Bench initiated a Suo Moto Writ Petition: “Case Management of Original Suits” to structure mechanisms for efficient disposal of suits.