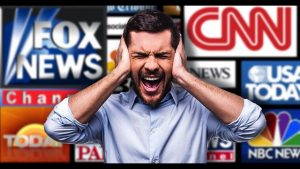 We are pleased to bring to you a guest post by Vasundhara Majithia on the disturbingly increasing trend of inaccuracy in news reporting on IPR issues. Vasundhara is a recent graduate of NLU, Jodhpur and is currently practising IP law in Delhi.

As most of our readers must have experienced at some point, Indian media is in the habit of misreporting IPR issues. They tend to use terms like ‘patent’, ‘copyright’, ‘trademark’ and ‘GI’ interchangeably, little realising that these are distinct concepts, governed by separate laws and having different implications. Improving the quality and accuracy of IP reporting in India has been an integral part of SpicyIP’s mission and was one of the main reasons for its birth. In many a post (see here, here, here, here, here and here), we have pointed out and corrected such erroneous reporting and urged the media to report IP issues responsibly. For instance, in 2007, we had cautioned (see here and here) against the false alarm raised by the media around Yoga patents. The media had claimed that some yoga asanas had been patented in the US, when it was only yoga accessories, leading to diplomatic embarrassment of the Indian government which had raised the issue with the US government, only to find out later that there was no patent granted on yoga asanas.

The following post by Vasundhara succinctly captures the reasons why such misreporting continues to be rampant and what can be done to put an end to this trend.

The Disturbing Trend of Inaccuracy in IP News Reporting:  How to Stem the Malaise?

In this post, I seek to address an issue which I am sure most SpicyIP readers have faced at some point or another: the blatant and erroneous reporting on issues relating to intellectual property.

Sometime last year, we had reported on the PayPal-PayTM trademark dispute wherein PayPal filed an Opposition to the registration of the PayTM mark in India. However, a Business Today report on this dispute claimed that PayPal has filed a “copyright infringement case” against PayTM, only to state that a “trademark infringement case” had been filed in the very next sentence. While one could also point out that opposition proceedings are different from infringement suits and so on, what is most worrisome is the fact that members of our press cannot even distinguish between basic concepts such as trademark and copyright.

In yet another similar instance, just this month,  Times of India published a report that was titled “Anju Modi, Anita Dongre patent their collections, lawyer says designers are finally becoming aware of copyright laws”. Throughout this article, the terms “patent” and “copyright” are used interchangeably. There is no regard for the fact that fashion designs cannot even be patented in the first place!

Also sample this instance where two news reports published here and here, claimed that the Maharashtra Government seeks to “patent” Kohlapuri chappals, when they’re actually referring to GI registration. Similarly, a Tribune Report stated that the Indian Medical Association has “patented” a new trade logo to prevent misuse, when they obviously mean “trademarked”.

Examples like these are numerous and point to the fact that even journalists, many of whom specialize in legal reporting, are oblivious to the most rudimentary facets of IP laws. This goes on to show that awareness about IPRs is poor in India, even amongst the more educated classes. As per this 2013 report, the lack of IP awareness costs Indian SMEs (small and medium enterprises) millions every year as they are unable to protect the fruits of their labour.

When we talk about creating IP awareness in India (the first objective of our IPR Policy as well), we need to at least ensure that the disseminators of this information are aware of basic IP concepts. This is of vital importance as they are in a position to actually spread awareness of IP and educate the masses about IP rights.

Further, journalistic legal reporting in India seems to adopt a rather chalta hai attitude, whether it be on IP or any other field of law. Many a time, reporters seem to be interested solely in coming up with eyeball-grabbing headlines, which are often exaggerated or sometimes even pulled out of thin air. On other occasions, when one media house puts out an erroneous news report, all its competitors just lazily copy it instead of doing their own homework, further adding to the dissemination of such false reports.

Various courts have, in the past, condemned inaccurate or sensational news reporting. In 2015, the Supreme Court had issued norms which required the accredited print journalists to have a law degree from a recognized institute and experience in court reporting. Further, the reporters are required to give a faithful account “without any distortions or embellishments”. The said accreditation can be withdrawn by the Accreditation Committee of Hon’ble Judges constituted by the Chief Justice of India at any time, without assigning any reason. Last year, the Kerala High Court issued similar norms for accreditation. These moves have been criticized by some, who feel that our existing laws are sufficient to take action against false and defamatory reports and media houses should have the authority to make such decisions internally.

The Court giving itself arbitrary powers on deciding matters of accreditation and the withdrawal thereof (which could ultimately curb the rights of freedom of speech and expression and the freedom of profession) is never a welcome move. That being said, having a pre-requisite of a law degree for accreditation is a step in the right direction and will hopefully improve the quality of courtroom reporting as the reporters can better understand legal nuances and interpret legal documents. However, it must be noted that these norms are applicable only to reporting of court proceedings, and none of the examples cited above fall within this definition.

Thus, the need of the hour is higher journalistic integrity and credibility with increased self-regulation, coupled with efforts to educate journalists about the basics of IPRs. Only then can we hope to educate the masses about intellectual property and promote innovation and creativity in India.

Note: I would like to thank Dr. Gargi Chakrabarti, Associate Professor, National Law University, Jodhpur for her inputs on this post.