We’re pleased to bring to you a guest post by Akhil Satheesh. Akhil is a final year B.A.L.L.B.(Hons.) student from NUALS, Kochi.

Zolgensma and the Inadequacies of the Compulsory Licensing Regime 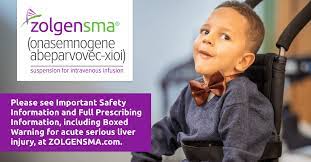 What is the price of an ordinary human life? Although the answers may be imprecise and deeply rooted in philosophical quandaries, for those suffering from a rare genetic degenerative disorder, Novartis answers the question, valuing life at 2.1 million dollars (Rs. 16 crore). This was the price that a family from Kannur, Kerala raised within 7 days through crowd funding to give the youngest son Mohammed, a fighting chance. Onasemnogene abeparvovec, commercially available under the name Zolgensma, is the gene therapy medication prescribed for those suffering from Spinal Muscular Atrophy. Novartis obtained the patent for this “miracle drug” from its $8.7 billion acquisition of AveXis.

Compulsory Licensing: Chinks in the Armor

The TRIPS Agreement has incorporated certain fail-safes in the form of Compulsory Licenses for when patents are seen to be acting contrary to public need. Article 31 of the TRIPS Agreement accounts for “other use without authorization of the rights holder” and proceeds to outline exhaustive instances where CLs can be granted. The domestic counterpart of this Article, Section 84 also lists out certain requisites for the issue of CLs.

Other than Article 31, Article 7 speaks on how a balance is to be sought, between the individual benefits of the inventor and the needs of the users of that technological knowledge, the same idea being iterated under Section 83 of the Indian Patents Act. Article 8(1) empowers countries to take measures necessary to safeguard public health, corresponding to their respective socio-economic and technological needs. These articles identify the true goal of innovation and the public interest that is to be addressed by these scientific advancements.  Article 30 also explicitly provides for implementing exceptions to patent rights, to the extent that it does not conflict with ordinary use of the patent or cause unreasonable prejudice to the legitimate interests of the patent holder and instead strike a balance, between these exclusive rights and public interest. In the midst of the present COVID-19 pandemic, the Supreme Court in a suo moto writ petition addressed the utility of the compulsory licensing regime with respect to essential drugs and how the Government is empowered by the same to expeditiously address national emergencies., (For instance, in case of urgent demand for the drug and at the same time, a consensus cannot be reached regarding the royalties to be paid, the High Court is empowered to determine the royalty amount.).

Under the Patents Act, Section 84 speaks on the issuance of CLs when certain conditions are met.

With regard to the first parameter, meeting reasonable  requirements went out the window the same day the drug pricing came in, as an estimate of 3,00,000 children suffer from SMA of which only a miniscule percentage of the patients can afford the drug, with those who can afford the medicines, having to go through crowd funding measures and rely on the kindness of strangers. With the median salary in the country being limited to an estimated Rs. 16000 and the price of the drug being exponentially higher, marked at almost Rs. 16 crores, the fact that the drug cannot meet the reasonable requirements of the public is quite  evident.

Regarding affordability, in the Nexavar case, the IPAB expressly stated that reasonable affordability is to be determined by whether the public can afford the medication. This gene therapy medication was marked at this exorbitant price as it “dramatically transforms the lives of families affected by this devastating disease”. The R&D expenses paired with the fact that this medication can bring about a large-scale increase in the standard of life was warped to the place a price tag creating a rather ironic scenario where the medicine can only serve its purpose and “drastically transform lives” a handful of times.

The IPAB essentially stated that, when the patented product is either not worked or not affordable, Section 84(1)(a), i.e., the reasonable requirement condition imposed upon a patented invention is not met.

Finally, regarding working of the drug, in the Natco Pharma case, the Controller was of the opinion that ‘worked within India’ referred to manufacture within Indian Territory. However, the IPAB stated that ‘worked’ would have a flexible definition that varies with each case and stated that mere importation does not indicate non-working, but can indeed signal non-workability if such import is inadequate and unreasonably priced.

Zolgensma, quite like Nexavar, is not indigenously manufactured and has to be imported upon prescription. Therefore, at face value, there is adequate grounds for the issue of CLs to produce Zolgensma.

Although this is the case, neither TRIPS nor the Patents Act explicitly provides for the expeditious issue of CLs for medicines such as Zolgensma, affecting a small demographic, effectively crippling them, with regard to this practically unattainable drug. Dr Neelu Desai, a  pediatric neurologist from Mumbai stated that, of the over 60 people who she’s encountered that needed Zolgensma, only one of her patients could actually procure the medication.

The Zolgensma incident and similar expensive drugs indicate a niche region, a gray area with regard to CL applicability, that is often swept under the rug and left to be decided through other mechanisms. This is due to the fact that these medications operate without a large enough target demographic to be addressed as public need, which would have warranted CL intervention through the official channels.

The issuing of CLs eventually comes down to public need and SMA is a rare affliction, affecting around 1 in 10,000 people. To break it down, the $ 2.1 million price remains untouched as no aspect of CL provisions explicitly account for assisting those suffering from a need that isn’t running parallel to a larger public demand.

Is the exorbitant price in any way justifiable? Well, yes, but actually no

To provide complete clarity, one would have to don the role of the Devil’s Advocate and see both sides of the story. To manufacture a new drug, the overall expenses are estimated to be in the ballpark of $2.6 billion and a about a decade of research time. After this grueling feat, only 14% of all drugs receive FDA approval, meaning a lot of the funds is essentially flushed down the drain, which is to be regained through these surviving products. To make matters worse, the returns on drugs like Zolgensma, that produce drastic changes on diseases with low incidence, are made almost exclusively by charging exorbitant sums from the very few people suffering from this affliction. These returns galvanize newer R&D projects, eventually serving the common good.

Zolgensma emerged as a competitor to Spiranza (Biogen). The emergence of competing products in the market fosters innovation and will also impose pressure upon the competing parties to lower prices in the long run. Although these are respectable defenses for Novartis, the ground reality is that, as innovation is nurtured through these means, tens of thousands of people die regularly with the knowledge that their cure exists, but is simply out of their grasp.

As stated earlier, Article 8(1) of the TRIPS Agreement enables countries to take the requisite measures to protect public health. There is no specific threshold being imposed upon this power stating that Government intervention can only occur when ‘X’ number of people are affected. The Bombay High Court elaborated upon the meaning of “meeting reasonable requirements of the public” in the Nexavar Case[1] and stated that for meeting this requirement, the need must be met to an adequate extent. This adequate extent criterion, when it pertains to medicines is considered to be the fullest extent, i.e.,100% of the required medicines are to be provided to the patients and they are not to be deprived of the same to protect the rights of the patent holder.

Furthermore, clause 5b of the Doha Declaration states that all member countries are within their right to determine the grounds for issuing CLs. The domestic legislations possess the power to determine the stringency or leniency afforded to the CL requisites. TRIPS does not disclose at what level CLs are to be authorized and so, this power afforded to member nations are to be utilized to incorporate provisions granting additional guidelines (such as supplementary parameters addressing these issues in S. 84(1)) on the effective applicability of CLs to scenarios like that of Zolgensma.

This regime has to be reworked to cover within its ambit, the pharmaceutical needs of those suffering from afflictions that might not have the statistical prowess of an epidemic, but still drastically affects the fundamental right to life. Laying down the law, with respect to increasing availability of these near extortionately rated miracle drugs is an absolute necessity, at this juncture.

Presently, the CL Regime acts as a champion for public pharmaceutical needs, but the imposition of this “public” requisite that was further construed to mean a major public demand has resulted in many instances such as these being unaddressed solely due to the fact that the affected demographic isn’t a large enough part of the general populace.

A legislative alternative was envisaged subsequent to the Delhi High Court judgement in Mohd. Ahmed (Minor) v. Union Of India & Ors., where the Court ordered the constitution of committees and further investigation into rare disease regulation and prepare adequate policies to address the same. The findings of the various committees, culminated in the National Policy on Rare Diseases 2020, which was a revamped version of the 2017 Policy. As per the 2020 National Policy, financial aid up to Rs. 20 lakhs is granted to those that require a one time treatment, under the Rashtriya Arogaya Nidhi Scheme and a certain degree of benefits from the scheme would also extend to those above the poverty line as well. The policy also realistically accounts for the Centre’s inability to completely support the treatment of all individuals suffering from rare diseases and hence, also provides for the establishment of crowd funding machineries to aid in treatment procedures.

Although these legislative mechanisms are helpful, they merely treat the symptoms and not the disease, only finding ways to work around the exorbitant price, never attempting to eliminate it or reduce it to affordable proportions. Only an amendment in the CL laws can institute such effective changes in tackling this problem.

Instead of applauding the Government’s one time decision to facilitate the delivery of this drug, by waiving off the import duty and GST amounting to Rs. 6 crores, perhaps effective change has to be instituted by the legislators to enable the government to do more than just these acts, which merely treat the symptoms and not the disease at large. On a related note, with respect to the losses that may be incurred by these pharmaceutical entities through such CLs, these waived amounts and more can be repurposed by the Government to constitute adequate compensation to these entities. Outside of this, the usual measures such as affording royalty at a fixed rate, to the original patent holder (Section 90), and further measures such as fairly supplementing the R&D budgets can also be instituted, so that all parties involved face some semblance of a win-win scenario.

Compulsory Licenses being employed as a means to an end or even as a bargaining chip to lower drug prices is not a new practice and has shown success in several instances. In 2002, under the Bush Presidency, the US strong-armed Bayer into dropping its prices for the anti-anthrax antibiotics by almost 50%, after threatening to turn to generic alternatives. Currently, since the orphan drug Zolgensma is without generic variants, instead of gambling with threats, the Government must proactively endeavour to issue Compulsory Licenses for the drug or enact any measures that reduces the status of receiving Zolgensma treatment, from fiction to reality. Such an act would set the pieces in motion, in a manner conducive to saving human lives, in contrast to the current face of apathy donned by the authorities.