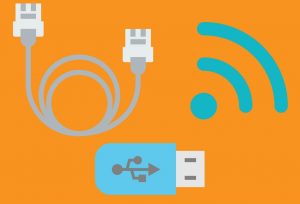 We are pleased to bring to you our first guest post for the year by Ms. Punkhuri Chawla. Punkhuri is a Research Analyst at the Jindal Initiative on Research in IP and Competition (JIRICO) at the O.P. Jindal Global University.

Interim Arrangements – Frequent and Effective in SEP Litigation in India

Philips filed one of the earliest SEP litigations in India in the year 2009, pertaining to its DVD technology.[1] It was one of the first cases, in which the Delhi High Court used the mechanism of interim arrangement in a matter of SEP infringement and directed the defendant to deposit Rs. 45 per DVD player[2]. In the Ericsson v. Micromax case as per an interim arrangement, Micromax was directed to pay royalties according to the rates mentioned in an order dated, 12.11.2014. This interim arrangement was based on a review of more than 20 agreements of Ericsson with similarly placed parties and after hearing both the parties at length. Similarly, the Division Bench passed an interim arrangement with the consent of the parties in the Ericsson v. Gionee case on 31.10.2013.

Certainty in an Uncertain Patent landscape

Given that SEP-related litigations often involve considerable amounts claimed in unpaid royalty fees to be paid by alleged infringers, they have a huge bearing on the businesses of both parties to the suit. Legal uncertainty, which may stay for years during the pendency of cases in India, further pushes the businesses of both parties into economic doldrums because the manner in which cases progress plays a role in setting industry expectations. In this context, interim orders have proved to be effective ways of ensuring that none of the interests of either party are harmed during the litigation and help to bring about some certainty in an otherwise uncertain patent landscape in India.

The Latin maxim ‘actus curiae neminem gravabit’ meaning ‘act of the court shall prejudice no one’ explains the rationale behind interim orders. Interim orders are passed as a temporary arrangement to preserve the status quo till the matter is decided finally, to ensure that the matter does not become either infructuous or a fait accompli before the final hearing. In the words of the Supreme Court, “The Court would grant such an interim relief only if satisfied that withholding of it would prick the conscience of the court and do violence to the sense of justice, resulting in injustice being perpetuated throughout the hearing, and at the end the court would not be able to vindicate the cause of justice.”

Various provisions of the Code of Civil Procedure, 1908 such as Section 94, Order 38, Order 39 and Order 40, provide for interim orders that can be passed during the pendency of a suit. As the final decision in an IPR matter tends to take a few years, such provisions assume prime importance in ensuring that the interests of parties are not further hampered. Substantive issues need not be gone into before an interim order is passed, and before allowing for an interim injunction, a court examines three aspects as has been discussed in the Gujarat Bottling Co. v. Coca Cola case – whether a prima facie case of patent infringement has been established, whether the balance of convenience is in favor of the plaintiff, and whether the plaintiff will suffer irreparable injury if the court does not take such action.

As can be seen from the Phillips and Ericsson cases discussed above, the Delhi High Court has passed several interim orders with the consent of the parties in order to ensure that the balance is maintained between the parties involved and both interests are safeguarded. These orders have been in the form of interim injunctions, as well as interim payments for use of SEPs.

In the more recent 2016 Dolby cases against Oppo and Vivo, which pertain to Dolby’s audio coding technology, the defendants were directed to make interim deposit of royalties, at Rs. 34 per handset, in court during the pendency of the case. This was followed by another interim arrangement whereby the court directed the defendants to furnish bank guarantees for the entire amount of the royalty payments due to the plaintiffs in favor of the Registrar General.

Interim arrangements have been seen to expedite settlement between parties too as there is no incentive for the alleged infringer to delay adjudication of the matter. In the Vringo v. ZTE patent infringement suit, on the first date of hearing the Delhi High Court granted an ex-parte ad-interim injunction against ZTE. Upon challenge, with the consent of both the parties, the High Court passed an interim arrangement order modifying the interim injunction order. According to the interim arrangement order, ZTE was allowed to import and sell its devices in India subject to filing of accounts and a bank guarantee of Rs. 5 crores. Eventually, both parties were able to settle the matter. Similarly, in the Ericsson v. Best IT World India Pvt Ltd, upon directions passed by the Division Bench of the Delhi High Court, Ericsson and iBall entered into settlement negotiations and were able to successfully conclude a global patent license agreement. The role of interim arrangements in accelerating mutual settlement between parties cannot be understated in its importance.

The need for interim arrangements as used by Indian courts is not unique and can be seen mirrored in the judgment of the European Court of Justice in the case of Huawei v. ZTE, in the year 2015. In this case ECJ while dealing with SEP and FRAND related issues held, “Furthermore, where the alleged infringer is using the teachings of the SEP before a licensing agreement has been concluded, it is for that alleged infringer, from the point at which its counter-offer is rejected, to provide appropriate security, in accordance with recognised commercial practices in the field, for example by providing a bank guarantee or by placing the amounts necessary on deposit. The calculation of that security must include, inter alia, the number of the past acts of use of the SEP, and the alleged infringer must be able to render an account in respect of those acts of use.” (para. 67)

In the orders passed in India, the court generally recognized that royalties might be determined in light of comparable licenses with third parties in consonance with the practice in the UK (paragraph 806, point 10 in Unwired Planet), Germany[3] and China[4].

While interim arrangements are beneficial for the litigants at hand, they also play a larger role in signaling that Indian institutions are committed to the protection of intellectual property rights, which is important and needed for the encouragement of R&D investment in India. If continuous precedents are established in India that companies can get away with infringement of patents and SEPs, then fewer Indian companies will be willing to invest time and money into research and development efforts because they will be unsure of getting return on their investments.  As it is, the patent footprint and the R&D investment made by the Indian handset manufacturers are insignificant. The patent footprint of Indian handset manufacturers[5] has been negligible in the last decade. In the period between 2007-17, only 6 patent applications were filed by the seven prominent Indian handset manufacturers, which amounted to 0.00005% of the total number of patent applications filed in India. Even worse was that zero patents were granted to any of these companies in the last decade. The poor performance of the Indian telecom handset manufacturers in the field of intellectual property rights is due to the minuscule investment that is being made by them in research and development activities.

As a part of the government, it is important for the judiciary to play a proactive role in promoting and protecting innovation in India. If India wants to encourage R&D efforts by Indians, it must cement trust in the fact that such efforts will be protected under its patent regime. In this context, interim arrangements that balance the interests of both parties in litigation signal a healthy and robust patent regime.

[5] Based on the data collected for Celkon, Intex Technologies, Karbonn, Lava International, Maxx Mobiles, Micromax and Spice over 2007-17 from the Indian Patent Advance Search System (inPASS).

[6] Based on the data collected for Celkon, Intex Technologies, Karbonn, Lava International, Maxx Mobiles, Micromax and Spice over 2007-17 from the Indian Patent Advance Search System (inPASS).

[7] Average percentage calculated on the basis of the calculations for each year of the decade.

The opinions expressed in this post are author’s personal opinions. They are based upon her research findings and do not reflect the opinions of her institutional affiliations. They are independent of any research grants received from governmental, intergovernmental and private organisations.