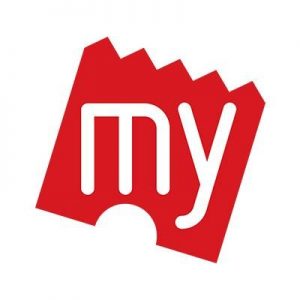 The Delhi High Court in Bigtree Entertainment v Brain Seed Sportainment, recently denied the Plaintiffs, proprietors and owners of the website bookmyshow.com, an interim injunction against the Defendant’s use of the domain bookmysports.com. Ms. Justice Gupta’s order is important to inquire into, largely due to the court’s analysis of the Plaintiff’s prima facie case.

The Plaintiff operates a popular online ticketing platform known as bookmyshow. It has also secured registration in BOOKMYSHOW word marks and logos under classes 41 (education, entertainment and training) and 42 (technology and software services). While it has applied for the registration of the mark BOOKMY, it does not separately possess any trademark over that term.

The Defendant operates www.bookmysports.com, an online platform used for booking sporting venues and other sporting facilities. The suit was filed claiming infringement and passing off of the Plaintiff’s mark by the Defendant and asking for a permanent injunction restraining the same.

The Defendant contested the claim on several counts – firstly, it challenged the bona fides of the Plaintiff’s claim by alleging concealment of certain facts. Secondly, it claimed that the words BOOKMY were not distinctive, but were merely descriptive. The main evidence led by the Defendant’s for this claim were websites operating in similar fields as the Plaintiff, which have been using the words BOOKMY, prior or subsequent to the Plaintiff.

Findings of the Delhi High Court

The sole question that Ms. Justice Gupta considered was whether BOOKMY, as the part of the Plaintiff’s trademark, which was being used by both parties, was descriptive or invented.

Firstly, the Court held that the existence of domain names using the prefix BOOKMY, both prior and subsequent to the Plaintiff’s mark, indicated that the prefix was descriptive.

Secondly, the Court held that the words BOOKMY was not an arbitrary coupling of words, but rather a phase describing the particular activity that the Plaintiff and others were engaged in. The Court stated, of the prefix, that ‘it is instead an apt description of a business that is involved in the booking of a particular thing for its consumers, whether it is a concert, a movie, or a sports facility.’

Accordingly, the Court dismissed the application for injunction.

This order is exceptional for the manner in which the prima facie determination of the Plaintiff’s mark has been made. Under the Trademark Act, a trademark is infringed when it is deceptively similar to a registered mark (Section 29). In most infringement actions, the Court usually looks to the standard test of whether there is any deceptive similarity between the two marks. Courts, including the Supreme Court of India, have repeatedly held that this comparison of similarity must be done holistically and looking at the totality of the mark, rather than splitting the mark into different components and comparing them as such.

However, the Court in this case proceeded directly to assess whether BOOKMY could separately stand scrutiny as a mark which could be protected, instead of a simple comparison of the two marks under the deceptive similarity standard. After framing this as the central issue, the Court concludes that the part of the trademark is descriptive and does not possess any secondary meaning, and therefore is not deserving of interim protection.

Another issue with the Court’s order is its heavy reliance on evidence led by the Defendant to show that BOOKMY was being utilized by other companies in a similar domain. Admittedly, prior registrations or use of similar trademarks are a factor for the Court to consider, for example, if the issue is of acquiescence or abandonment. However, it is an established principle that merely because unauthorized use of a trademark is uncontested, it does not take away from the trademark’s protection. The Court did not analyse the implications of prior or simultaneous use of the term BOOKMY on the protection offered to the Plaintiff’s mark, merely using it as a factor to show that the mark was descriptive.

Finally, even presuming that BOOKMY should be examined for distinctiveness alone, it is unclear what level of proof the Plaintiff would be required to furnish to show distinctiveness or secondary meaning on its part. In this case, the Plaintiff provided evidence to show the popularity of its website, including news reports, awards as well as sales figures. However, this was not sufficient to overturn the Court’s presumption of non-distinctiveness based on alternate uses of the term.

Interim injunctions in IP cases have long been a conundrum for Indian courts. Due to delays in final hearings and judgements, interim orders end up operating for prolonged periods, and are passed after a fair amount of deliberation, essentially resembling a final order on merits. In the present case as well, while the Court might have come to the correct conclusion on not granting the interim injunction, the reasoning for the same leaves much to be desired, and raises more questions on the scope of a prima facie analysis than it answers.