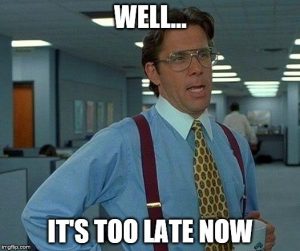 Last month, the Delhi High Court through Justice Sanjeev Sachdeva vacated an ad-interim injunction granted in favour of ‘Three-N-Products’ (hereinafter, plaintiff) against two defendants back in March, 2011. The case involved the alleged infringement of the plaintiff’s trademark “AYUR” registered in Class 24 & 25 for goods such as bedcovers, textiles, shoes, boots, etc. The plaintiffs took issue with the mark “AYURVASTRA” used by the defendants in respect of goods such as sarees, dress materials, beds, etc.

The facts are simple – the plaintiffs became aware of the use of the defendants’ mark sometime around 2009. Subsequently, they addressed Cease and Desist notices to both the defendants. Thereafter, the plaintiffs noticed that the terms of these notices were not honoured and therefore instituted the present suit in 2011.

To summarise the contentions of both the parties – the plaintiffs argued that their mark “AYUR” was an invented word and had been adopted by them in 1984, and was in continuous and uninterrupted use by them since then. Further, they had spent substantial amounts of money on advertising the aforesaid mark, which is well-known as being associated with the plaintiff’s goods. Their primary contention was that the defendants’ mark “AYURVASTRA” is identical and similar to their invented mark “AYUR”.

The defendants countered these contentions by submitting that the mark “AYUR” is not an invented word, but is in fact, a generic/common word being a part of the word “AYURVEDA”.  As such, the plaintiffs cannot claim exclusive rights to the word “AYUR”. Their mark is, accordingly, struck by section 17(2) of the Trademarks Act, 1999 which does not permit any proprietor to claim exclusive rights over parts of a registered trademark that are common. They further submitted that their use of the mark “AYURVASTRA” is due to the Ayurvedic dyeing techniques employed by them while manufacturing their goods i.e. clothes, which translates to “vastra”.

The court was in agreement with the contentions put forward by the Defendants. The Court held that the plaintiff’s primary contention was that the word “AYUR” is an invented word over which they had exclusive rights. However, the Court observed, “The claim of the plaintiff ex-facie appears to be incorrect. The word “AYUR” finds mentioned in the Hindu Religious Texts i.e. the Vedic Puranas, which has used the word “AYURVEDA”. The word “AYUR” signifies healthy life and the word “VEDA” signifies knowledge. The word “AYURVEDA” is a Sanskrit term comprising of two words – “AYUR‟, which means life or vital power, and “VEDA” – which means science or knowledge.” On these grounds, the Court held that the plaintiff’s mark is a generic/descriptive mark which qualifies for a lower level of protectability in the eyes of the law – when compared with arbitrary or fanciful marks. For such generic words to qualify for exclusive protection in favour of a particular proprietor, such proprietor would have to show that the mark used by them has via extensive use acquired distinctiveness and is identifiable by the public only with the said proprietor’s goods and/or services. In the present case, the plaintiff had failed to prove the same. Further, the court observed that two marks “AYUR” and “AYURVASTRA” are entirely different in terms of getup, style, and design. On these counts, the court held that the plaintiff had failed to make out a prima facie case in their favour or even show a favourable balance of convenience. Thus, the ex-parte ad-interim injunction granted in favour of the plaintiffs all the way back in 2011 was vacated by the Court.

The order delivered by Justice Sachdeva is clear, succinct and a delight to read. To further highlight certain notable aspects of the case:

All of this makes the present case even more unfortunate, because the ex-parte injunction granted in favour of the plaintiffs in this case lasted for seven years before the injunction was vacated by way of the present order, last month. It therefore demands attention as to the reasoning behind the grant of the ex-parte injunction in the first place. Unsurprisingly, a perusal of the case status and history on the Delhi HC website indicates that the ex-parte injunction was granted without recording any reasons as to how and why, in the present case, “if defendants are not restrained from using the aforesaid trade mark “AYURVASTRA” plaintiff would suffer irreparable loss and damage to its business and reputation.” or even how there is a prima facie case for infringement made out, with the balance of convenience in favour of the plaintiffs.