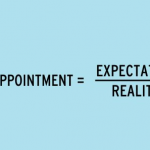 India is a Constitutional democracy. The principles of Constitutionalism pervade the Indian polity. Constitutionalism encompasses rule of law, independence of judiciary and separation of powers; the sacrosanct principles meant to ensure fairness and reasonableness in justice delivery system. Set in this background, the Judgments of the Punjab and Haryana High Court dated 21st October 2016 and 14 March 2017 directing the Copyright Registrar to exercise powers under Section 31D of Copyright Act, 1957 are blatantly erroneous. In this post, I shall submit my reasons for holding this view. My arguments address the nature of the power conferred, the person on whom it is conferred, the framework of the law conferring that power, the consequences ensuing from the exercise of that power and the manner in which that power is expected to be exercised. In my next post, I shall chronologically summarise the updates pertaining to Section 31D of Copyright Act, 1957.

In the light of various judgments of Higher Judiciary (Supreme Court judgment in Union of India v  R. Gandhi, President, Madras Bar Association, (2010) 11 SCC 1 and Madras High Court judgment in Shamnad Basheer v. Union of India, AIR 2015 Mad 250) IPAB is, unarguably, an independent tribunal and not an agency of the government.

The Supreme Court in R.K. Jain   Vs.   Union   of India,   ((1993)   4   SCC   119), pertaining to expectations from the members of a tribunal, held as follows: ”67. The Tribunals set up under Arts. 323A and 323B of the Constitution  or  under  an  Act   of  legislature  are  creatures  of the  Statute   and   in   no  case   claim  the  status   as   Judges   of   the High Court or parity or  as substitutes. However, the personnel appointed to hold those offices under the State are called upon to   discharge   judicial   or   quasi-judicial   powers.   So   they   must have   judicial   approach   and   also   knowledge   and   expertise   in that   particular   branch of   constitutional,   administrative   and   tax laws. The legal input would undeniably be more important and sacrificing the legal   input and  not  giving  it   sufficient weightage and teeth would definitely impair the efficacy and effectiveness of   the   judicial   adjudication.   It   is,   therefore,   necessary   that those   who   adjudicate   upon   these   matters   should   have   legal expertise, judicial experience and modicum of legal training as on many   an   occasion   different   and   complex   questions   of   law which baffle the minds of even trained judges in the High Court and Supreme Court would arise for discussion and decision.” [re-affirmed in Madras Bar Association   Vs.   Union   of   India   ((2014)   10   SCC   1)]. Accordingly, the IPAB framework is expected to comply with certain peremptory norms laid down by the Higher Judiciary vis-à-vis its composition, qualifications of members etc. Similar (or say, identical) norms are not laid down in case of Registrar of Copyright considering that the role is different.

Ignoring the vital legal distinctions between the two authorities, the Punjab and Haryana High Court, at one stroke, equated IPAB with Registrar, when the latter is far from the status of a tribunal. The legal expectations vis-à-vis the Copyright Registrar is quite evident from the Copyright Act, 1957. As per Section 9 of the Act, the Copyright Office shall be under the immediate control of the Registrar of Copyrights who shall act under the superintendence and direction of the Central Government. Evidently, the Act itself doesn’t envisage independence of the Registrar. Further, the Act doesn’t envisage any adjudicatory role for the Registrar (in contrast to IPAB). Evidently, the Copyright Registar and IPAB are neither legal ‘equals’ or legal comparables. While the Copyright Registrar is part of the executive, IPAB is not. It can, therefore, be concluded that Section 31D envisages exercise of judicial power (and not executive power) vis-à-vis the determination of royalties. In other words, judicial application of mind is envisaged for determining the royalties (and rightly so).

As IPAB performs judicial functions, its functions under Section 31D cannot be one-sided or arbitrary. As reason must guide discretion and arbitrariness is anathema to Indian polity, the IPAB should perform its role based on cogent grounds, evidence and arguments adduced by parties etc. The licence fee must be judicially determined. The decision-making process should be just, fair and reasonable as the decision is likely to have far-reaching multiplier effects in the market. Further, any such determination will have significant ramifications upon the rights and liabilities of parties involved.

In the light of aforesaid arguments, the judgment of Punjab and Haryana High Court directing the Registrar of Copyrights to exercise powers under Section 31D is blatantly erroneous. If I may go one step further, it epitomizes egregious violation of accepted principles of law and law of precedents. I understand that petition(s) is/are already filed before the Delhi High Court challenging the grant of interim licence. The judgment of Punjab and Haryana High Court is not a binding precedent vis-à-vis another High Court. As far as general rule is concerned, in case of all-India statutes, the High Courts shall make all reasonable endeavours to give uniform interpretations. I am not sure as to how varying High Court Orders (which are quite plausible in this case) can be implemented when the concerned online broadcasting companies have pan-India presence. I think it is a fit case wherein the the attention of Apex Court is drawn. As you are aware of, the Supreme Court, if satisfied that cases involving the same or substantially the same questions of law are pending before it and one or more High Courts or before two or more High Courts and that such questions are substantial questions of general importance, may withdraw a case or cases pending before the High Court or High Courts and dispose of all such cases itself.